All the news that’s fit to ridicule, like this idiot.  (Hint:  it’s not the fake tits you should be regretting as much as those foul tattoos.)

…because the New York Times, CNN/ABC/CBS/CNBC, the Washington Post and the L.A. Times are always prepared to showcase both liberal and conservative viewpoints.

…LOL Biden could pick Giggles The Girl-Clown as his VP, and he’d still lose in a landslide.

…because lions don’t care about things like “exclusivity” when it comes to menu choices.  Africa Wins Again.

…so refuse to pay the fine, get sent to jail and then sue to get released immediately because of the Chinkvirus risk.  Piece of cake.

…I’m going to go out on a limb here and predict that this is not going to work. 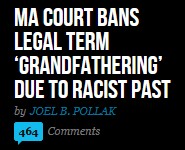 …because the Massachusetts courts have obviously nothing better to do than bother with shit like this.

…my bad for thinking “Beverly Hills” meant that all the participants were White.  Pay no attention;  that’s just my White privilege speaking.

…no, it isn’t.  The only “catastrophe” is that parents are realizing how little their kids need government-managed schools in order to be educated.

…good question, although I think the voters of Colorado, Michigan, Oregon, New York and Washington (to name but some) may have a few quibbles about that.

Also in the news:

Lady Gaga looks like a dog (okay, maybe that’s not really news, but whatever).