I draw your attention to this woman’s SHTF prep, not because of its extent — it seems quite reasonable for a family, and for an extended period of time.

Rowan MacKenzie, 38, a homemaker from Missouri, became a social media phenomenon after revealing she’s been prepping her home for 11 years because of fear of an emergency and has upped the ante, spending nearly $30,000 on supplies as a result of the intensification of the war between Russia and Ukraine.  Rowan claims most of her stock will last up to 25 years and she has a ‘flawless’ rotation system to ensure there isn’t any waste.

Her reasoning is quite sound and the photos are of particular interest;  but for a good giggle, read the article and then the comments which follow.

Did they all miss the part about her laying in extra guns and ammo?  Pity the fool…

However, her biggest piece of advice?  Stock up on weaponry.  She said: “The number one must for any bunker is defense. I would highly recommend having a few guns and knives in your bunker at all times, along with ample amounts of ammunition.  You need to protect yourself, especially in a ‘dog-eat-dog’ situation.  It’s kill or be killed and you need the best possible chance of survival.”

Also, this being (I bet) rural or semi-rural Missouri, her neighbors will have made similar preparations, so any interaction between her and them will be of the “Can I swap a cup of sugar for a can of beans?” variety.  If that.

Good for her, and a pox on the naysayers and mockers.

An email from Longtime Friend & Reader PeteG contained the following:

“A friend is trying to get some local Media Darlings to take him up on a bet and all they do is hang up on him. The bet?
“$2500 in ready on-hand cash, even odds, that if Chauvin is found not guilty Black Lives Matter and Antifa run out of rioters, looters and arsonists before store owners and homeowners run out of ammunition.” 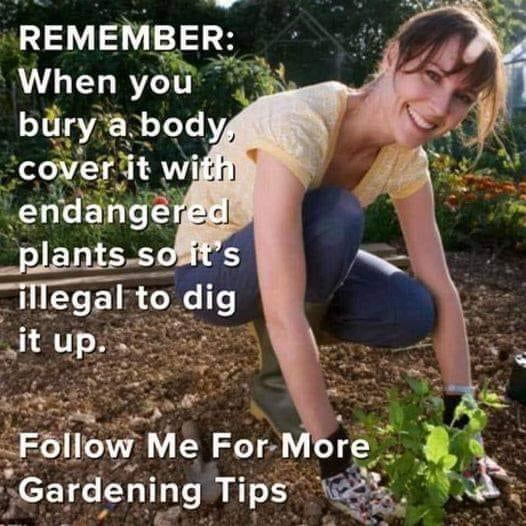 So… how are y’all planning to celebrate Chauvin Not Guilty Day?

One of the joys of apartment living is that you are not solely responsible for your own well-being.  So when your neighborhood is suffering from “rolling” (i.e. random, lengthy and sporadic) blackouts, and the outside temperatures are well below freezing (e.g. 21°F yesterday), you can take all proper precautions that you’re told to do — conserve energy and heat, keep taps running to prevent pipes from freezing, bursting and flooding, and so on — that does not mean that your upstairs neighbors who hail from, say, Hyderabad are going to follow the same instructions precautions because such weather conditions are unknown to them and…

Yes, Gentle Readers, a water pipe burst on the top floor of our block late yesterday, flooding (and I mean flooding) all the floors below — we, of course, being on the ground floor ergo  getting all of it.

So we ended up with a foot of water in our apartment which came in through any of the various holes in our ceiling (e.g. smoke detectors, light fittings, air vents and, eventually, wall electrical sockets).  To give you an idea of the carnage, we put a tall kitchen trash can under one of the leaks, and it filled to the brim in about four minutes.

The apartment management acted in typical molasses mode, managing to turn off the water supply some two hours after said flood was reported.

It looks as though all our stuff has been destroyed:  furniture, beds, carpets, and even some of the artwork which was hanging from the (sodden) walls.  A lot of clothing has gone bye-bye as well as things like towels which we initially deployed en masse  to try to stem the water — all of course to no avail.

The guns are okay — they’re kept in a safe quite high off the floor — although I haven’t checked on their condition yet, the carpeted floor around the safe seems quite dry.  Ditto the ammo, which is kept in another safe in the garage which was mercifully spared the carnage, I think.

Right now, New Wife and I are, like refugees from some natural disaster, huddled at the long-suffering Doc Russia’s place, two suitcases of clothing between us. Thank gawd for Scotch — although I note with alarm that his J&B supply is near extinction.  (Just how much more distress must I undergo, I ask, with tears falling into my glass.)

In about six hours’ time I’ll head back to the apartment to see the full extent of the damage.  I expect all sorts of fun like frozen water (temperature as I write this:  18°F, or -8°C to those of the other persuasion) both inside and around the apartment, assuming that is that I can actually get there as we’re also having a medium-heavy snowfall which will turn to ice immediately once it hits our (un-salted) north Texas roads.

No odds on being able to get into the garage either because the power is out, the oh-so-convenient electric door-opener being suddenly not-so-convenient.

And just to add to the joy, all the neighborhood hotels are closed because there’s no power.  I managed to find an extended-stay hotel way the hell to the east from tomorrow night onward, for at least a week.  This will not help New Wife get to her job, the only consolation being that her school is closed for the rest of the week — but next week she faces a 30-mile commute instead of her regular 5-mile trip.  (Of course, what she’s going to wear is a matter of some interest;  we did manage to save at least a couple of her outfits, but they’re going to have to relax the dress code quite substantially.)

Bloody hell, even our suitcases (which are kept in a storage locker off the patio) were ruined, so we arrived at Doc’s looking like Belgian refugees circa 1940 France.  (No horse-drawn carts and no Messerschmitts strafing us, but the former was impossible as the horses would have frozen to death and the latter made unlikely because of the shitty weather.)

I’ll post pics from the disaster zone when I’m able to take some.

So it looks as though 2021 — for Your Humble Narrator, anyway — is going to vie with 2020 for the title of Shittiest Year In Memory.  It was bad enough that we had no power and were cold in the apartment;  we had made provisions (SHTF stuff) and were surviving.  Then came Noah Time, and now all bets are off.

We have renter’s insurance, of course, but even the insurance guy was unreachable yesterday because he too lives in an area which has had no power for three days.  So I’m in the dark as to what will happen next, financially speaking.

Aaaargh.  As New Wife put it:  “Come to sunny Texas, they said;  it never gets below freezing, they said.”

When we get our lives back together again, we can address the Texas power generation topic, as outlined by Tech Support 2.0 below.

In all the frenzy of Chinkvirus panic and the resulting pandemic theater (i.e wearing face condoms which, from all accounts, do little or nothing to actually prevent the spread of the virus, but like the TSA at airports, at least give the appearance of Doing Something ), we have this wonderful example of I-don’t-give-a-fuckitude from someone named Lana Del Rey:

Heheheh… if you’re going to show absolute contempt, then this is the way to do it.

Of course, the uproar has been intense:

Taking to Twitter to share their anger, one person said: ‘I cant belive lana is actually wearing this mask to…..socially interact with people..this is so irresponsible.’
A different fan put: ‘Why is she at an event with a bunch of people wearing a mesh mask??? I love Lana but this is incredibly irresponsible.’
Another follower commented: ‘LANA WEARING A MESH MASK TO AN EVENT FOR HER POETRY WTF So irresponsible.’

Me, I’m just chuckling, because you know what’s coming up next, don’t you?