Apparently, Bette Midler caused something of a stir when in having a snit about Sen. Joe Manchin’s refusal to go along with the BBB lunacy, she said bad things about the people of West Virginia:

Left-wing Hollywood star Bette Midler has insulted the people of West Virginia, describing them as “poor, illiterate and strung out”

The response was immediate, and wonderful: 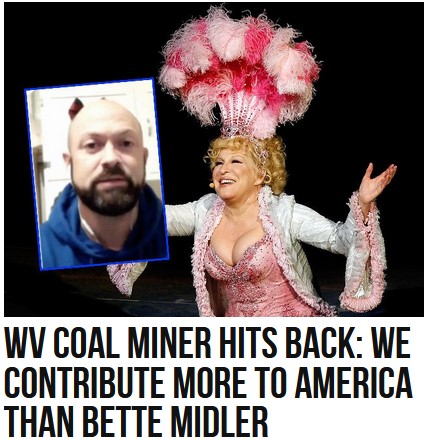