Having established that Ye Olde Eyes were no longer up to the task of using a rifle’s iron sights to actually hit anything, I decided to quit fooling myself and accept that Time Marches On, and leaves one’s eyesight in the rearview mirror.

I had an old Firefield 1×22 red-dot scope lying around, so I mounted it onto the Savage 94F wot my kids gave me for the latest birthday, thus:

…and headed off to the range.  I decided to try the Aguila ammo this time: 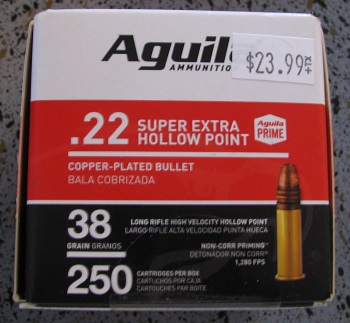 I first messed around at the pistol range, simply to get the bullets “on paper”, then moved to the rifle range, which can accommodate things like rests and such to get the job done properly.

Now the Firefield, as its description indicates, has 1x (i.e. no) magnification (which really doesn’t help Men Of Failing Eyesight such as myself), so I wasn’t sure just how precisely I would be able to zero the thing.  Nevertheless, I persevered.  In order of shooting, 25 yards at 3″ targets:

Played around a bit (two 5-round strings): 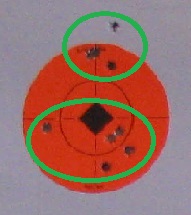 Then I got a little more serious, shooting the smaller 2″ targets at 15 yards (because at 25 yards, the red dot was almost larger than the 2″ target): 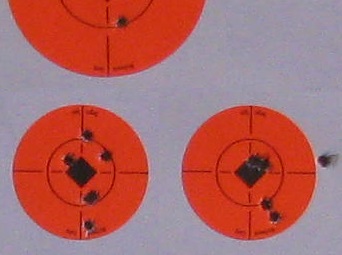 But try as I may, I couldn’t get groups to tighten up any more than that — always four decent rounds and a flyer.  So I started to get irritated, and got really serious — except that I was getting worse, not better:

I gave up, and did two “torture tests” — rapid fire, one shot per 1″ target, then repeated the exercise in the same order:

I’ve done better with a damn pistol, shooting offhand.  I was getting seriously angry at myself.

I was done for the day but I had five rounds left over, and I hate having loose rounds rattling around in the gun bag — you know what’s coming, right?

I loaded them up, put one round into some white space on the target, then shot off the last four as quickly as I could pull the trigger, using only the first bullet-hole as the aiming point: 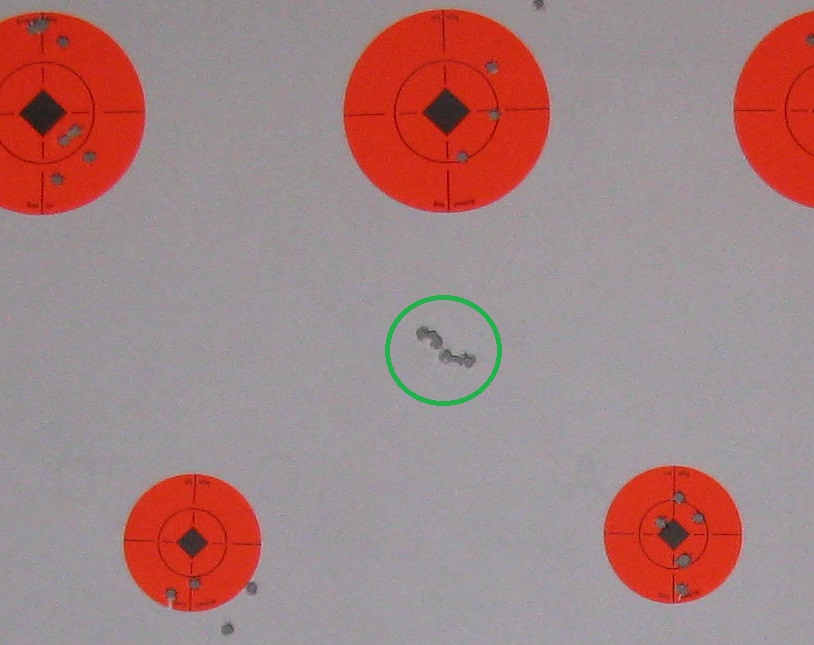 Okay, I have to admit that I felt a lot better after that.

Afterthought:  I forgot to mention that this Aguila variant is consistently accurate in pretty much all my rimfire guns.  All flyers are therefore very definitely the result of “operator error”…