Back in the days of yore (when I still lived in Seffrica that is), I had occasion to rent a cottage in what was then bush country, somewhere between Johannesburg and Pretoria.  While sorta-developed, the area still had dirt roads, and the property sizes were of a type called a “smallholding” — anywhere from five to twenty-five acres, as memory serves.  It looked something like this: 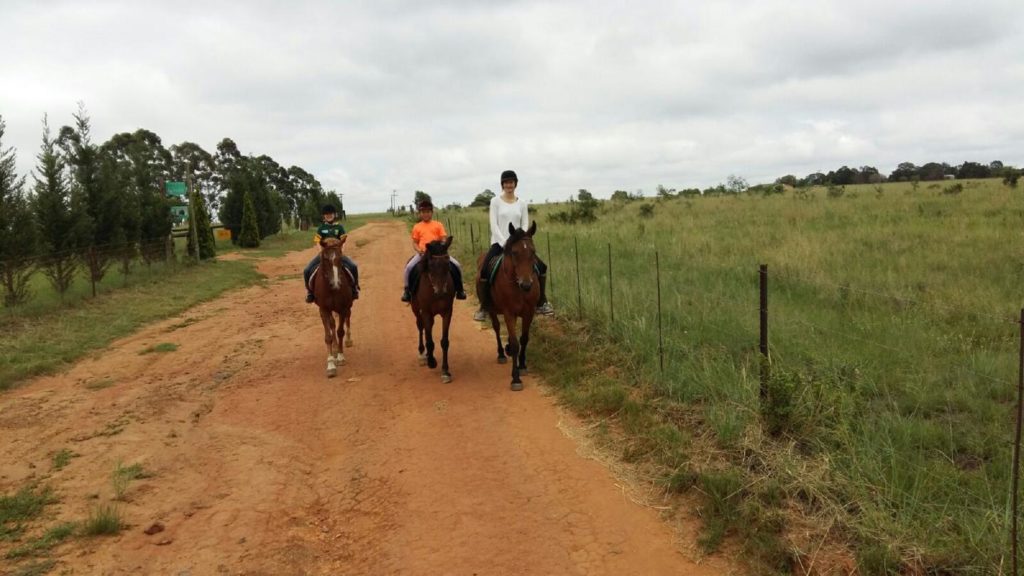 …and yes, people still rode horses around, either for recreation or to go shopping for groceries and such at the little general dealer on the main road.

The problem with living out there, as anyone who’s done it can attest, is that the place is alive with critters — even though you’re thirty or so miles away from Johannesburg and a little more from Pretoria, Africa can turn from city to bush very quickly in terms of its wildlife.  (I remember a leopard once being trapped in the Wanderers Cricket Ground, which would be like finding a mountain lion in the Rose Bowl stadium in Pasadena.)

So on the far outskirts of Kyalami (just south of the Formula 1 track, as it happens), a night-time drive along the dirt roads would often reveal anonymous glowing eyes in the darkness on either side, and only in the next day’s light could you see in the dirt the tracks of jackals, rabbits and so on, but especially the former.  Jackals (larger than foxes but smaller than coyotes) were a particular pest, and while usually solitary scavengers, sometimes also hunted in small family groups.

And while skittish about humans, that didn’t stop them from preying on other small animals like, say, household pets, which they regarded pretty much as candy, and they would wreak havoc in the chicken coops, of which there were many in the area.  Only large farm dogs like ridgebacks or boerboels were more or less safe… 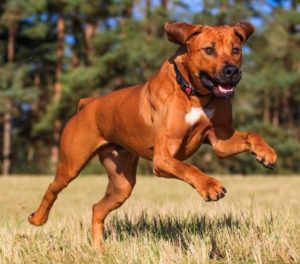 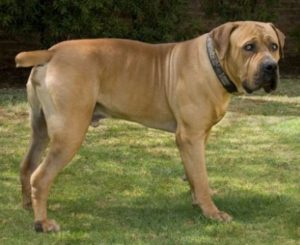 …unless, of course, the jackal had rabies (very common) in which case nothing  was safe.  Shooting them, in other words, was very much a public service at that time and in that area.

So of an evening I would sometimes sit on the little front porch of my cottage armed with a six-pack of Castle Lager, a lantern and my faithful old .22 Winchester Model 63, and shoot at them as they scampered through the fence and onto the property.  (I should add that the ground sloped down towards a stream called the Jukskei River, the trees and dense bushes forming an impenetrable backstop at the property line.)

The only problem with hunting in Africa is that the animals are tough as nails, and no matter what caliber you’re using, it never seems to be quite enough.  And this was the case with jackals and the .22 LR.  Unless you got a heart shot (and a jackal’s heart is not large), all you’d end up with was a yelp and a puff of dust.  Shit.  Now to track a wounded animal through tall veld grass, in the dark, across a stream and over property fences into the neighbors’ plots of land, which were guarded by the aforementioned ridgebacks and boerboels.

Not an optimal situation, I think we can all agree.

Then on a business trip to Bloemfontein down in the Orange Free State, I was sitting having a sundowner with a client in his office one evening.  He was an older man, an Afrikaner who’d grown up on a farm;  and when the subject turned to shooting, as it often did with him, he just shook his head when I told him about shooting jackals with a .22 LR.

So the next day I stopped in at a gun store in downtown Bloemfontein on my way to the airport and looked for something in .22 WinMag.  And there it was, on pegs just behind the counter, an exact replica of this Brno 611 semi-auto.

And it had been sold only a half-hour before I walked into the store.  (Back then in Seffrica, there was a waiting period while your license application was being processed by the police, so you had to leave the gun behind in the store.)

I’ve had occasion to shoot the Brno 611 several times since then, and to this day I’ve always wanted one.  Only the nosebleed prices thereof have stopped me — and the magazines are almost as costly as the damn guns themselves, because CZ stopped making them many years ago.  The one in the pic is at Collectors, and runs for just over a grand.  If you have a spare G lying around, treat yourself to this beauty for Christmas.  And by the way, it’s a takedown: 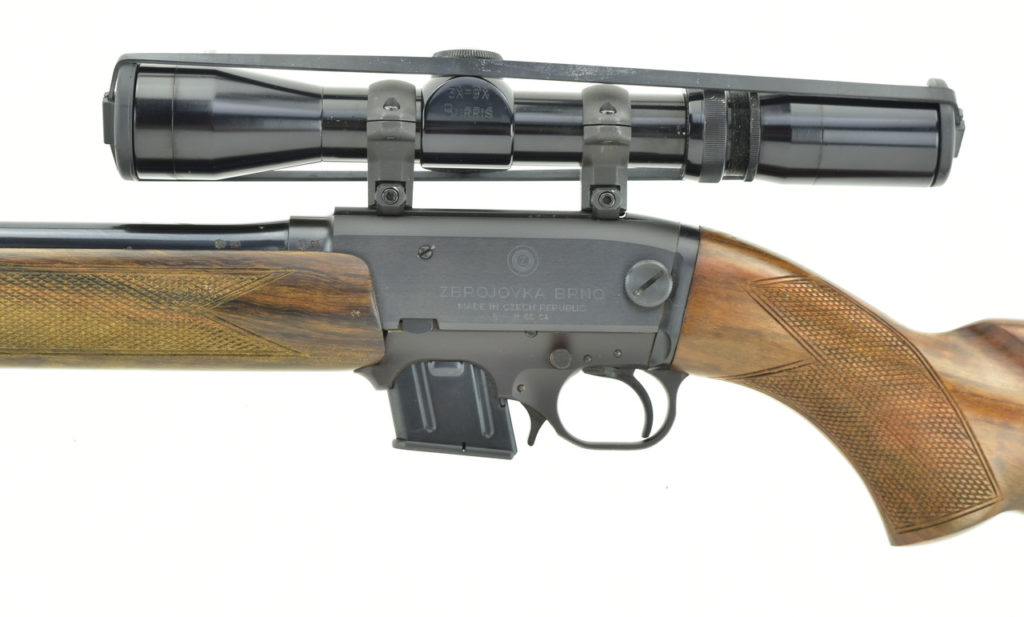 …so you can carry it in your truck as an almost-ready-to-go varmint killer.

And should you have buyer’s remorse — you shouldn’t, but hey — console yourself that you still have the perfect rifle for hunting the South African black-backed jackal.

Postscript:  the area I described in the above tale is now a bunch of housing developments, office buildings and a fucking golf course. 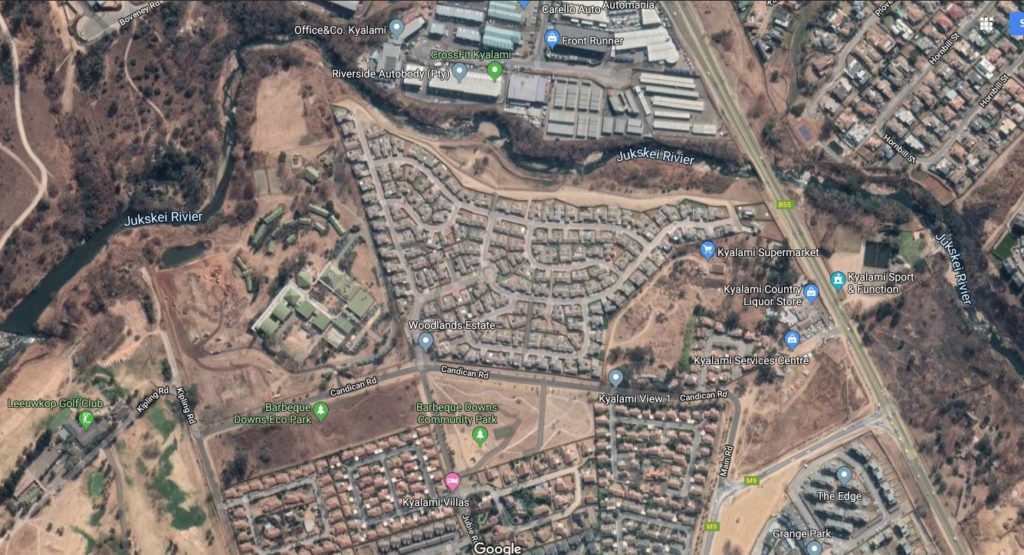