After the Supreme Court punting on the topic of counting only U.S. citizens in the 2020 Census — what? — I was heartened to see this new development:

A high-profile conservative leader called Thursday for the impeachment of Chief Justice John G. Roberts Jr. after he provided the crucial fifth vote in the Supreme Court decision heading off President Trump’s goal of including a question on citizenship on the 2020 census.
Matt Schlapp, chairman of the American Conservative Union and husband of top Trump White House aide Mercedes Schlapp, said the ruling showed the chief justice was not the conservative-minded jurist he’d been touted to be, noting his previous decision essentially preserving Obamacare.
“I’m for impeaching the chief justice for lying to all of us about his support of the Constitution,” Mr. Schlapp tweeted. “He is responsible for Robertscare and now he is angling for vast numbers of illegal residents to help Dems hold Congress. Enough Deception from GOP judges on the Constitution.”

Considering that most of the past censuses (censi, to be pedantic) in our history did in fact include the citizenship question, I guess I thought it would be a slam-dunk decision in favor of the measure.

And then came Roberts.  Just as he did with fucking ObamaCare, he found some sliver of legal minutiae to enable him to vote on the side of the socialist USSC judges instead of with the traditionalist constructivists.

The hell with impeachment:  warm up the tar and start plucking those geese… 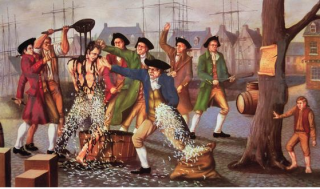