So the interminably-horrible Game Of Thrones  TV show has ended.  Hoo-fucking-ray. 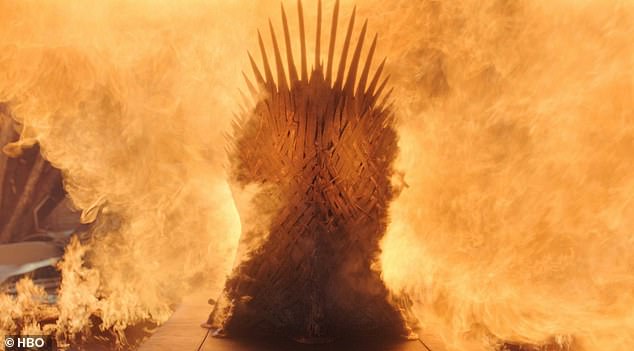 Watched the very first few episodes because the Son&Heir (who had read all the books) said I should, then walked away when Sean Bean was killed — I knew even back then that a writer who slaughters the main characters in his story has only contempt for his readers, and so it proved.

Good riddance.  But hey, don’t take my word for it;  try this bloke’s take on the final episode (if you care):

This whole pitiful spectacle couldn’t have been more stultifying if it had opened with the words, ‘This is a party political broadcast on behalf of the Liberal Democrats of Westeros’. The problem was that Game of Thrones, once so irreverent and mercurial, started to believe its own press releases. After winning more Emmys than any series in history, it imagined it was Great Art. Since its first episode in 2011, which stunned viewers with two electrifying shocks in the final scene, the show has killed off more than 100 characters, not to mention countless thousands of serfs and nameless soldiers – and never paused to regret a single one of them. But that psychopathic streak was forgotten yesterday, as the handful of survivors moped around the city of King’s Landing to a soundtrack of sad cello music.

Sometimes when one has seen an especially-bad movie (e.g. Lord Of The Rings trilogy), one demands a return of those hours of wasted life.  Imagine what one would feel after eight seasons of this shit…

Which reminds me:  I need to call the Son&Heir and mock him.