As Longtime Readers know well, I am somewhat old-fashioned when it comes to  matters of clothing and grooming, and I see with alarm that sartorial standards are falling — or being encouraged to fall — among people who should never let them do so.

I speak here of the British Royal Family — of which institution I have been a longtime fan — and of whom I, and everyone, should expect some kind of respect for good grooming.

However, it appears that of late, the younger members of said family have been dressing down to that horrible “smart casual” look.  Actually, there’s nothing “smart” about it;  a suit just looks sloppy without a tie, but apparently this makes princes George and William seem more “approachable” to the crowd (Latin: vulgus, from where we get the word “vulgar”).  So people can now relate better to these scions of a family once known as the Royal Family of Saxe-Coburg and Gotha, and more recently as the Windsors.

So here’s how Prince William, heir to the throne, should  be dressing for his daytime engagements, compared with how “Wills” now dresses:

As for his brother, Prince Harry… well, he’s not exactly heir to the throne anymore, and he married some Hollywood harridan;  but even so:

And for both of them, I should point out that there’s a special part of Hell designated for people who wear suede shoes in the city (as opposed to out in the country, where they are perfectly acceptable).  And as a cautionary note to Harry:  blue suede shoes should remain an Elvis song and not a dress choice.

My point, in all this, is that if you’re going to have a Royal Family — i.e. one that is special and not part of the common herd, then one should strive to keep them above  said plebeians and not part of them.  And dress is as much a part of that distinction as anything.  Here’s their dad, who has always understood the thing: 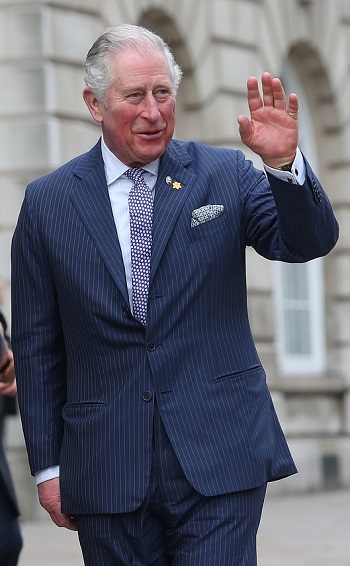 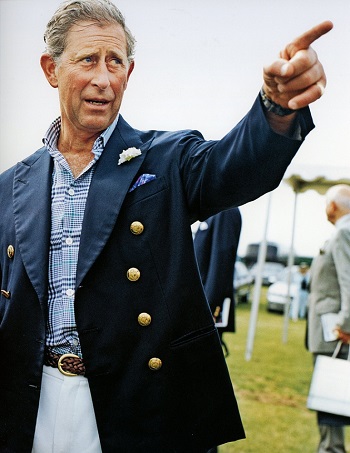 …and I should point out that the second pic was taken after Prince Charles had just played a polo match, i.e. he was dressed for the occasion.

Now I must caution everyone not to go off on some anti-royal diatribe in Comments, because that isn’t the point of this post.  This is.

If you are special (in the eyes of society), you should always look special.  Here in Murka, no less a person than President Ronald Reagan (PBUH) understood this better than anyone.  He always dressed presidentially, except when working on his ranch: 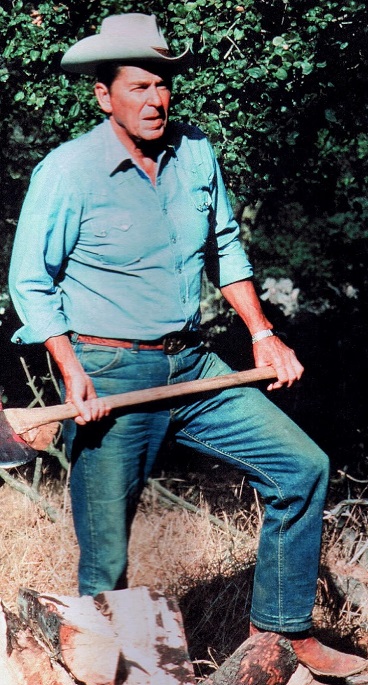 The standard:  dress well at all times, except when you shouldn’t (e.g. when doing manual labor or playing a sport).  That goes for everyone, but most especially for people in high social standing.  Like the Royals.