I have spoken of elderly zillionaire Duncan Bannatyne and his late-30s wife Nigora [sic]  before, and I maintain that if a rich guy wants a sexy young wife, he should be able to buy one.

So it should come as little surprise that I should exult when he celebrates his age at a birthday party with a Roman theme: 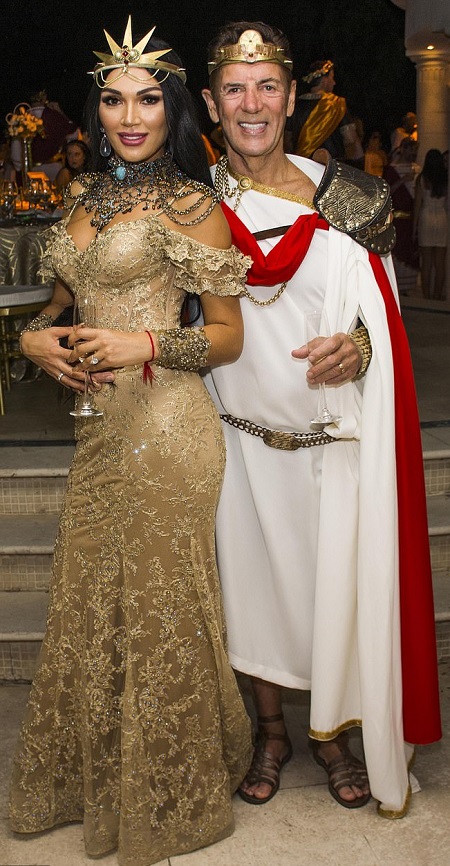 But that’s not the only reason to rejoice.  Because if one old guy can do it, so can another — and at the same party withal.  Here’s Olde Pharte zillionaire John Caudwell showing up for the festivities, also in Roman duds:

…and he’s wearing the knee brace not because he slipped in the shower, but because of a skiing  accident (DUDE!!!!!).

But it’s the pic of the two geriatric Lotharios with their not-so-blushing brides which takes the golden banana: 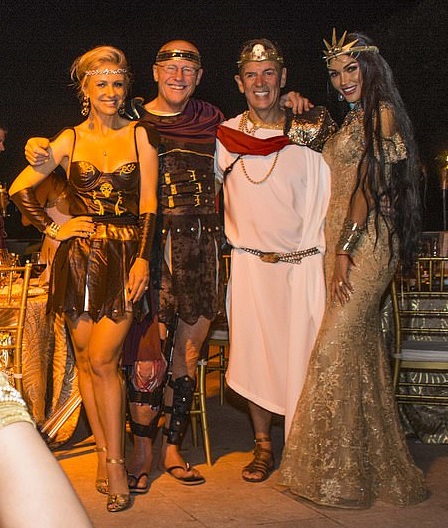 Here’s another look at Caudwell’s squeeze, the wonderfully-named Modesta Vzesniauskaite (35): 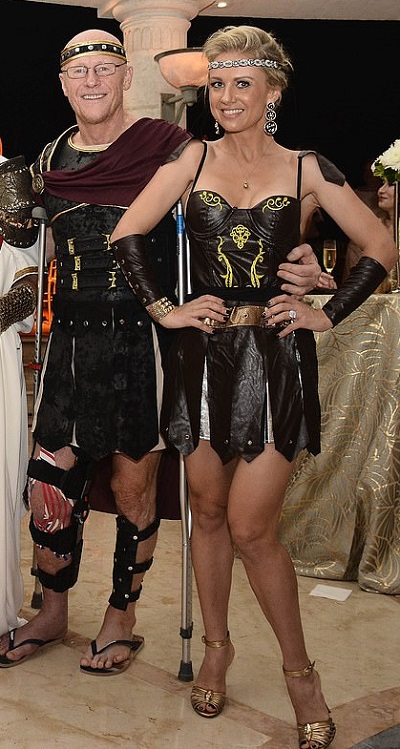 Why do I love situations like this so much?

Because it drives Teh Feministicals (most of whom are terminally ugly) batshit crazier.