I am a lifelong VW fan.  While VW isn’t the only brand I’ve ever driven (mostly due to circumstance and timing), over the years I’ve owned nine, starting with a humble panel van like this one (I played in a band so duh): 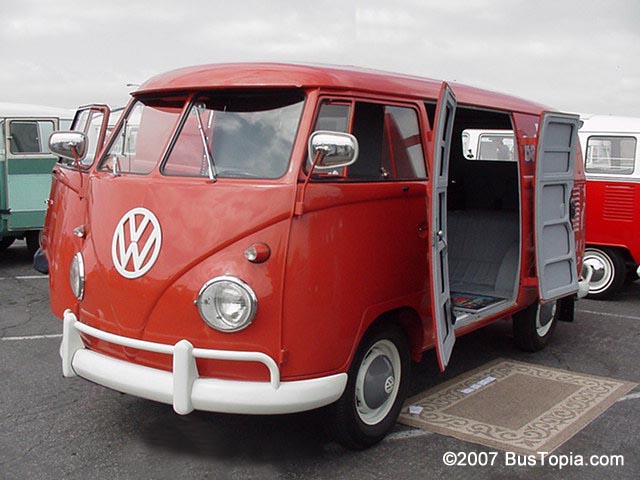 Note the extreme simplicity:  divided flat windshield, swing-open doors, hard bumper over-riders, manually-adjusted rearview mirrors and single-beam headlights (the ones pictured are far sexier than mine were).  And that’s just the exterior.  The interior was equally spartan: 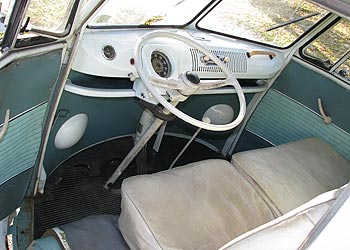 (This must have been a deluxe version — it had a radio.  Mine didn’t even have seatbelts.)

The only things I ever replaced were the headlights because the originals were so weak that a car coming up from behind would cast my shadow into my beams), and  a clutch plate (at about 80,000 miles).  The engine was the mighty air-cooled 1600cc, which made uphill travel with a full load an exercise in patience (for the cars behind me).

I owned “Fred” (as the band nicknamed it) for eight years.  Then I moved on, over the years driving a Beetle (original model), Golf, Passat wagon, three Jettas (!) and two Tiguans.

Imagine my surprise when (thanks to Insty) I read a review of the 2019 VW Jetta, which contained gems such as these:

Both Jettas we tested were top-of-the-line ($26,945 [WTF? — Kim]) SEL versions, so they came with all the bells and whistles. As an illustration of how interconnected all these various subsystems are, consider the following: switching among Eco, Normal, and Sport modes remaps the throttle, changes the transmission shift points, and can even tighten the steering. But it will also tweak how the adaptive cruise control behaves, changes the climate-control settings, and even changes the interior ambient lighting.

The interior tech might well be the Jetta’s strongest card. SEL Jettas come with the 10.25-inch “Digital Cockpit” display, a VW version of Audi’s “Virtual Cockpit” that I’ve raved about in the past. You can configure it to a great degree, from austere minimalism to information overload, and together with the MIB II infotainment system, the overall experience is slick. (Android Auto, Apple CarPlay, and MirrorLink are included.)

I should point out that my panel van had a new-car sticker price of about $4,000 in today’s currency, and my second (top of the line) Jetta had a sticker of $14,000 (also in today’s dollars), thus making the 2019 model nearly double the price, for nowhere close to double the utility.

I’m not saying that VW should return to the austerity of the panel van;  hell, my old Fred made Fred Flintstone’s car look like a Cadillac — it was absolute hell on a cold or hot day, let me tell you, plus it was about as safe to drive as a mobility scooter on the Long Island Expressway.  And no doubt some marketing genius at VW will tell you that this unheard-of luxury is what the market wants (while a VW accountant won’t tell you that all the doodads add thousands of dollars of profit per car, but they do).  I have no problem with many of the safety features demanded of today’s cars, but I absolutely have to question the need for “Eco, Normal, and Sport” gearbox modes in a small passenger saloon car with a farty little 1400cc four-banger engine.  (The next model year will feature VW’s superb 2.0-liter turbo engine — the same one used in my Tiguan — which will cause the 1400cc model’s sales to tank (you heard it here first) because given a choice between needless but anemic luxury and performance, only Alan Alda / Greenpeace types prefer the former.)

I also know that today’s “luxury” becomes tomorrow’s “indispensable”, such is the insidious upward creep of progress.  But as VW cars have become more luxurious, the “People’s Car” has transformed itself into the “rich people’s” car, and VW has opened a gap at the bottom of the market (which they used to own) for car manufacturers from other countries to fill.

I’m going to quit now, because I’m sick of pissing into this particular wind.  And my next  Tiguan will have the “parking assist” software because of all the automotive luxuries ever designed, this is one of the few which actually makes sense.  Yeah, I’m selling out.