I remember that back in the late 1960s, Ford (Europe) came out with a little gem of a car which was, quite frankly, the coolest car on the block.  It was meant to be the European version of the Mustang, and to be honest, I actually preferred the Capri’s shape and styling:

Of course, most of the car reviewers sniffed and called it “Cortina’s cousin” (Cortina being Ford’s top-selling brand everywhere outside the U.S.), but the hell with them, because they knew nothing.

A buddy had one and I loved going out with him and our girlfriends of a weekend night, because the Capri not only looked cool, it was a joy to drive, with handling which rivaled the Fiats and Alfa Romeos of the time.  Even its little 1600cc four-banger had excellent performance, and was only constrained by its silly 4-speed gearbox (which was still silky-smooth, and its tiny stick-shift made gear changes quicker than any Alfa).  The Capri was, I think, the best-looking compact car of its class during the 1970s, bar none, and I wept bitter tears when Ford stopped making them.  (Hell, I wouldn’t mind one today.)

I don’t know if GM (Europe) copied the Capri or it was just coincidence, but in 1970 they released a similar model called the Manta under their Opel brand.  Here’s its first incarnation, the Manta A: 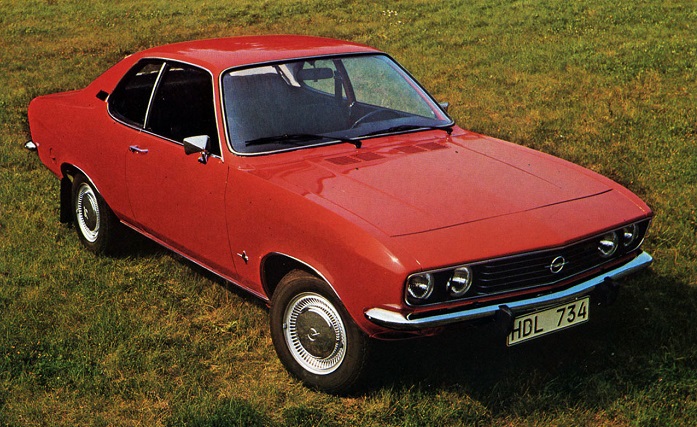 Of course, it never sold anything like the numbers of the Capri (over 1.9 million Capris, vs. fewer than 500,000 of the Manta A), but that’s not what I want to talk about here.

While the Capri was progressively “souped up” over its lifetime, the Manta wasn’t (except in the United States, where the imported models were often modified).  But what Opel did (and which Ford never did for the Capri) was to make a sporty GT version of the Manta.  Here it is: 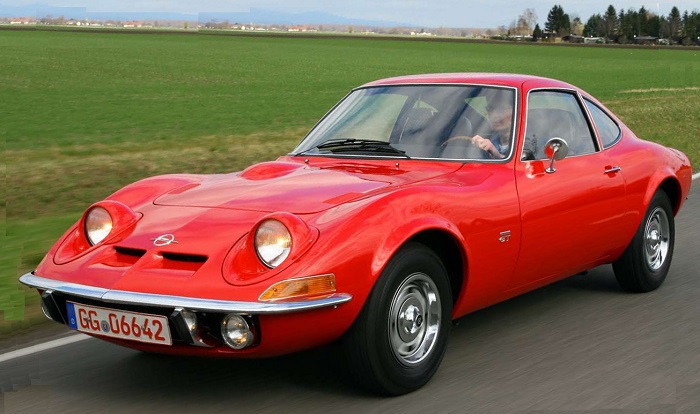 Apart from the headlights, this is one seriously-pretty little car*.  I saw several of them back in South Africa, and let me tell you, they were crowd-stoppers.  (Many people scoffed at them, of course, calling them the “poor man’s Dino” but hell:  I was poor, couldn’t afford a Dino, and I would have bought a Manta GT in a flash if given the opportunity.)

Okay, this is yet another in the series of “Stuff That Kim Thinks Looked Better Back Then”, but I challenge you to find any modern-day GM (or Ford, for that matter) car that can compare with the Manta GT.  The front looks a lot like the Corvette Stingray of the the 1960s, of course, but in terms of size the Manta was a midget by comparison.

*Yes, I also know that the Manta GT looks something like the Renault Alpine A110 (also of the 1960s), but then again I think the Renault’s gorgeous too: