I’m curious about how you feel about Cornwall as regards temperature and climate.
You’re from South Africa via Texas most recently and I think of you as a hot place guy. Does Cornwall feel cold to you? I see someone in shirtsleeves in the 4th photo down and that’s how I “feel” the UK, as a warm-ish place, even in November.

To answer the easy question first: no, Cornwall doesn’t feel cold to me. Remember that I lived in Chicago for over a decade, so I know what “cold” is. It can get quite chilly in Cornwall when the wind blows (which is quite often), but the Gulf Stream stops the wind from the biting cold of, say, those coming in off the North Sea (which are dreadful). The only reason I put on a coat at all is in case it starts to rain; otherwise I’d be walking around if not in shirtsleeves, just a henley or similar long-sleeved tee shirt. When it rains, that’s another story — but then once again, having just come south from Scotland’s freezing rain, Cornwall in the rain is chilly rather than icy. (This may change in January, of course, but sadly I won’t be here to see it.)

Although I used to live in Johannesburg and now live in Texas, I’m not a hot-weather kind of guy. In fact, the only thing* which gets me down about Texas is the heat. Johannesburg has a different kind of heat, of course: even though the daily summer high is around 90-95°F, the relative humidity is 5% — whereas in Texas, a 95°F day generally means 90% humidity, which I frankly find unbearable.

The travel writer Bill Bryson loves it Over Here, by the way. He describes it as a climate that really only requires one type of clothing, which can be worn pretty much all year round (with layers added or subtracted as needed, and a rain jacket and winter coat the only other accessories).

I agree absolutely. Right now, the indoor temperature in the cottage is 68°F, which I find pleasantly cool (and the only reason I’m wearing slippers is that the stone flooring is icy cold underfoot). Outside, the temperature at 10:30am local is about 54°F on its way up to 57°F, and tonight’s low is predicted to be 52°F. When I went out for fish & chips last night, I wore only sweatpants, a henley and a fleece waistcoat called a gilet** (pronounced “jhillay”), and I was quite comfortable.

Actually, I’m a cool weather kind of guy. And if it’s raining and a little chilly, that’s certainly the weather in which I prefer to travel, especially in Britishland and Yurp: the tourists are few and the inclement weather keeps the streets clear of lots of people. When I was in Bath back in sunny August, the place was knee-deep in people — place looked and sounded like a combination of Beijing, Bakersfield and Bucharest at midday — whereas when I went back to Bath a week or so ago, with the seasonal damp and chilly air, the place was comparatively deserted and most accents in the street were Somerset. (And the steak ‘n kidney pies and hot sticky-toffee puddings were all the tastier. Nom nom nom.)

So I’m loving this climate, while I can. In ten days’ time I’ll be exploring the south of France with Longtime Friend and Former Drummer Knob (who lives there), so it’s probably not going to be like this, more’s the pity. But later I’ll be back in Britishland — to be specific, London — in time for Christmas and New Year’s Eve, where apparently it’s going to be one of the coldest winters in memory.

*also the lack of scenery in Texas, but that’s not relevant here.

** the gilet is probably the only item of clothing which I’d regard as absolutely indispensable Over Here. It can be worn as an outer garment or under a coat or rainjacket, and it’s one of the few items where one should never skimp on price. On the advice of Mr. Free Market, I paid about $30 for my Jack Pyke, which isn’t regarded as top-of-the-line by the people who know about such things — see here for an example of a “good” one — and I haven’t looked back since.

Come to think of it, when I get back to Texas, I’ll put up a post of essential clothing when traveling in Yurp during the fall and winter. 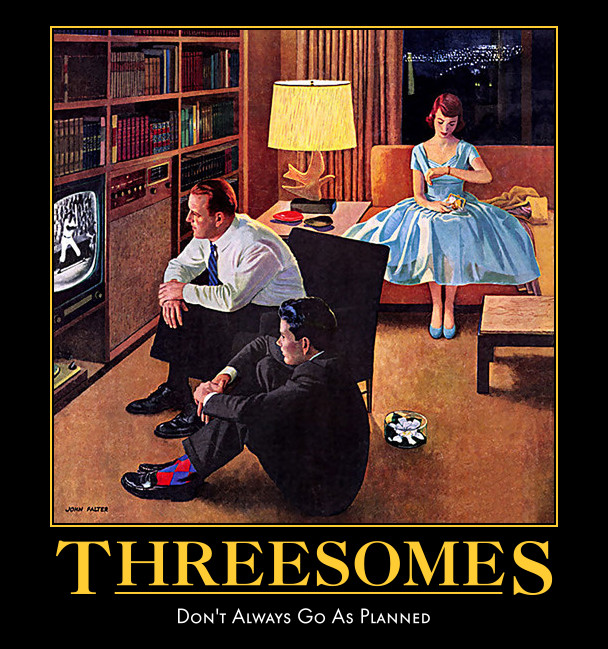 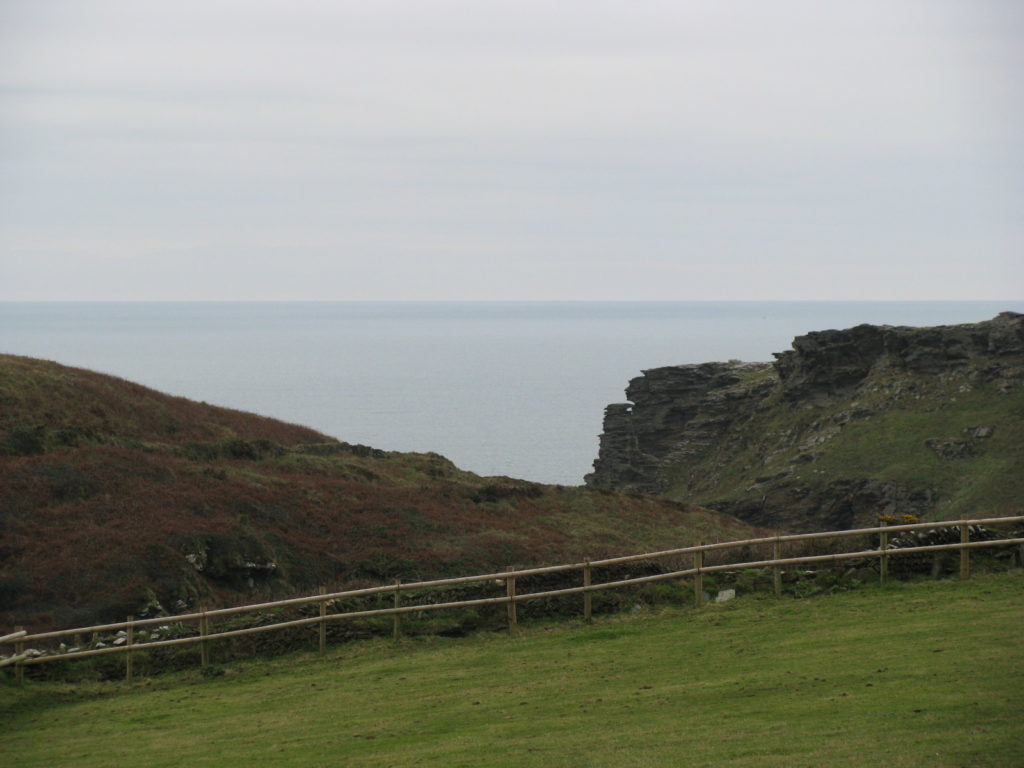 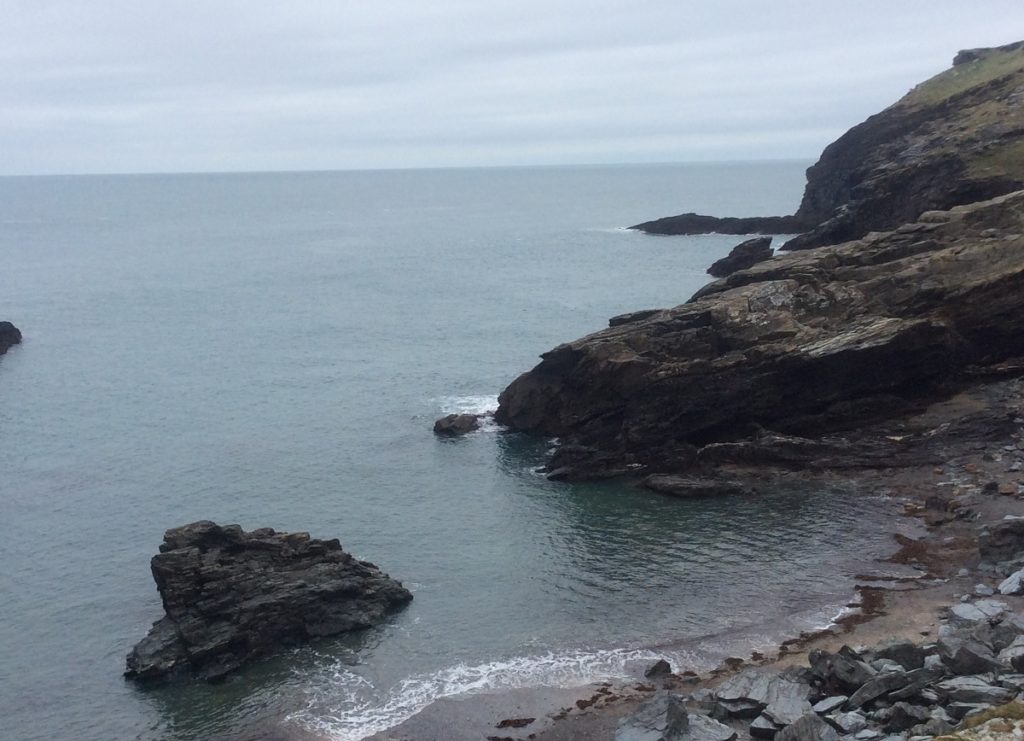 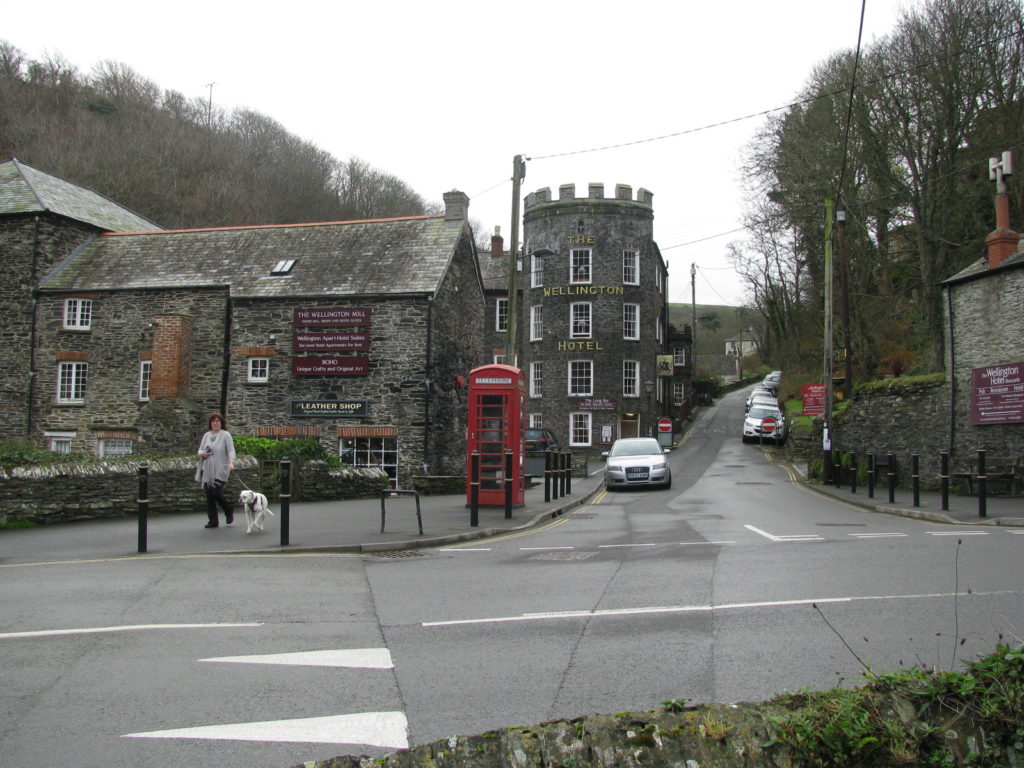 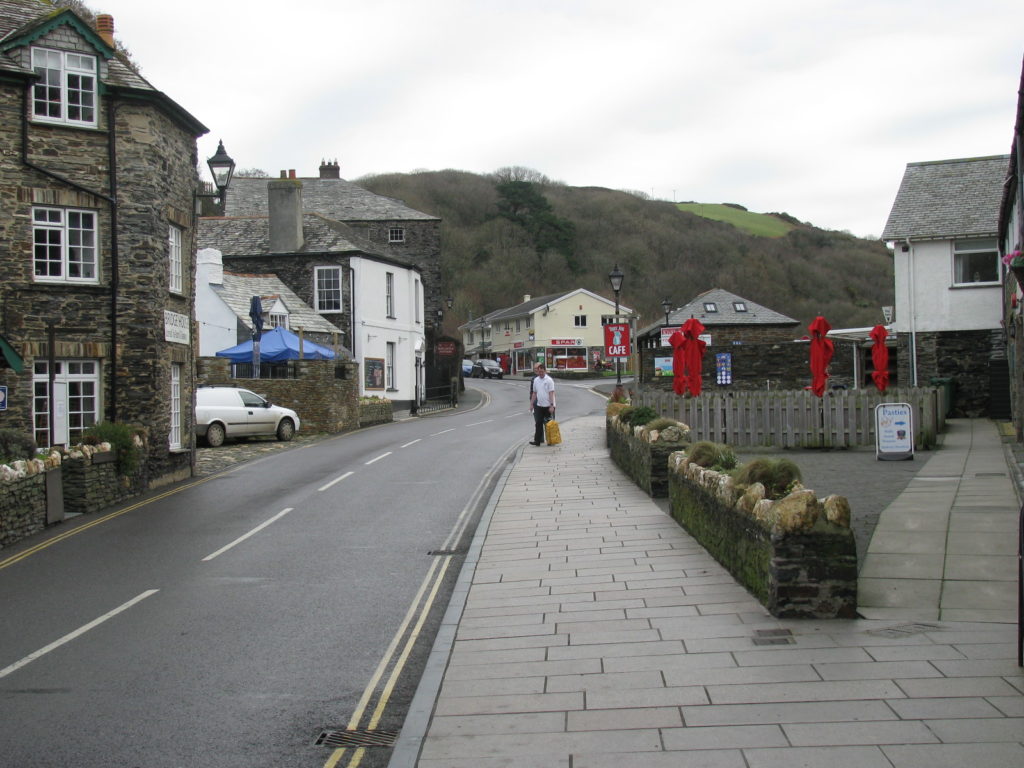 There were really only two houses of the foul excrescences (listed here) in which I would live. Most of my Readers got it right: the runner-up was Edinburgh Road, but it failed simply because it looks like a shed and is too close to a main road (although the sea view is lovely).

But the only (grudging) consideration I would give is to Ness Point: 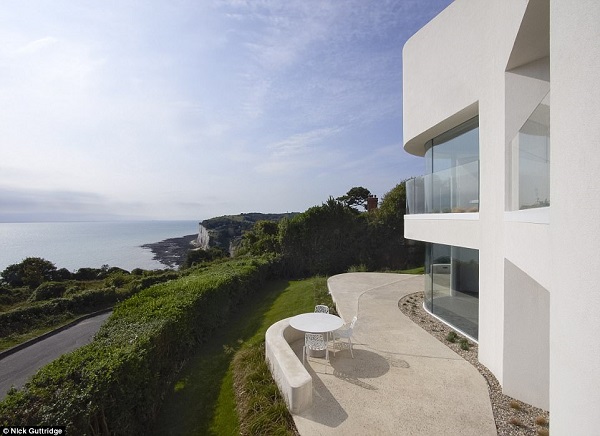 The reason I don’t mind Ness Point is simple: for once, the architect actually took the ambience and scenery into mind, and instead of inflicting his “vision” (i.e. egoistic bullshit statement) on the world, he created something which actually looks like it belongs there. Note the grass roof: 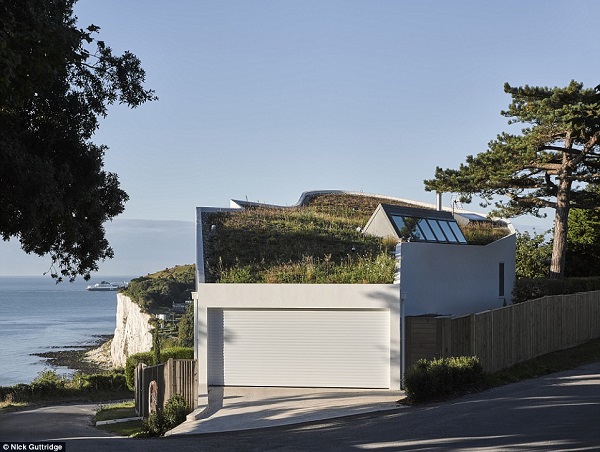 …but the interior (which I call “corporate whiteboard”) would be repainted in some human-friendly color, with curtains, bookshelves and comfortable furniture installed — you know, so I could actually live there. 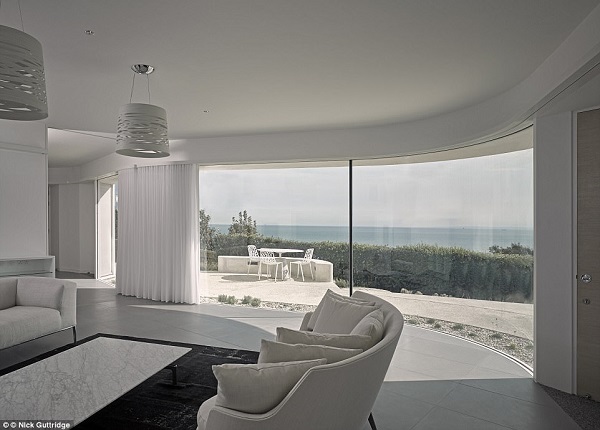 I’d still prefer something more in keeping with the other houses, of course ( thus shutting up the neighbors’ whining), but at least I wouldn’t call for massive amounts of dynamite to rid the world of the place — unlike the others on the list, which should all be blown to smithereens along with their architects. 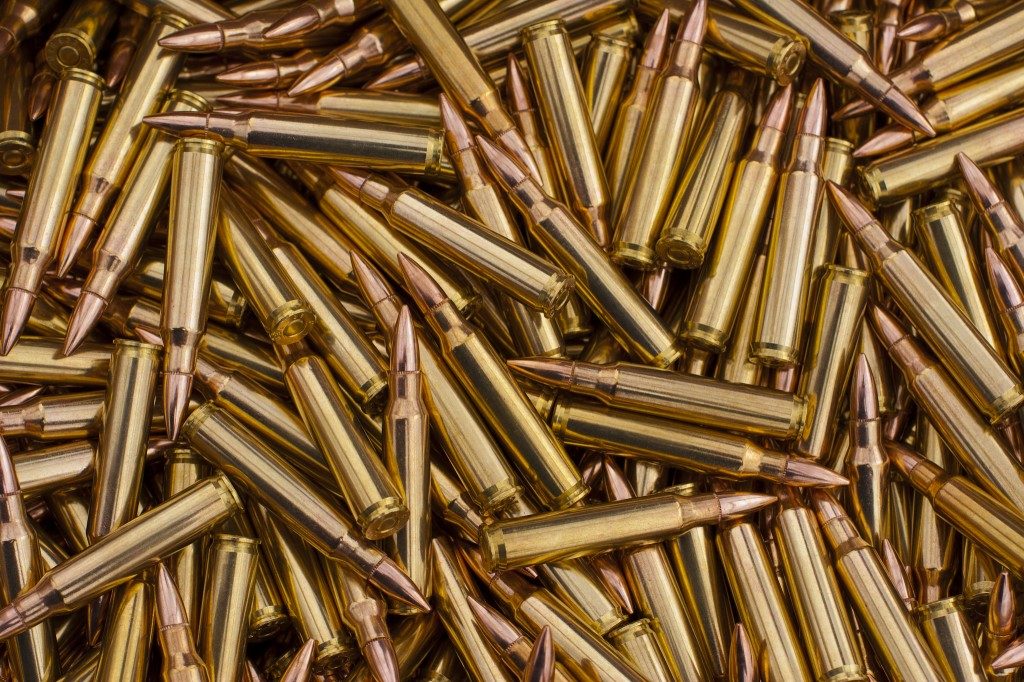 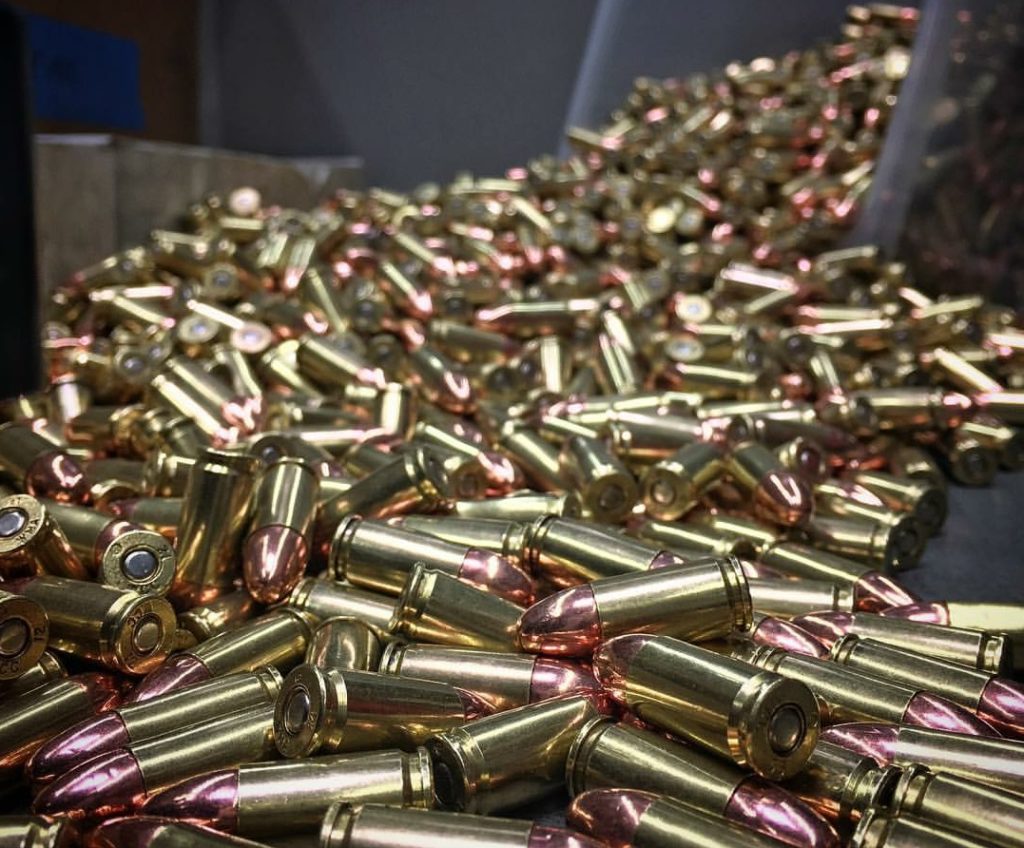 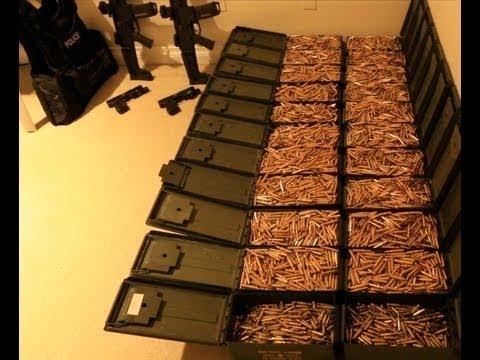 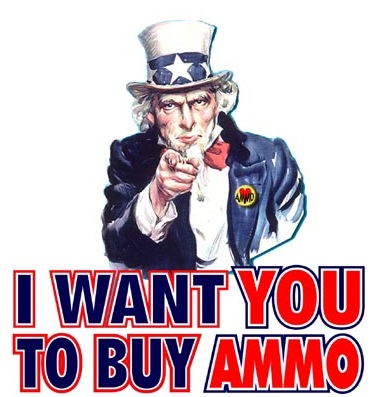 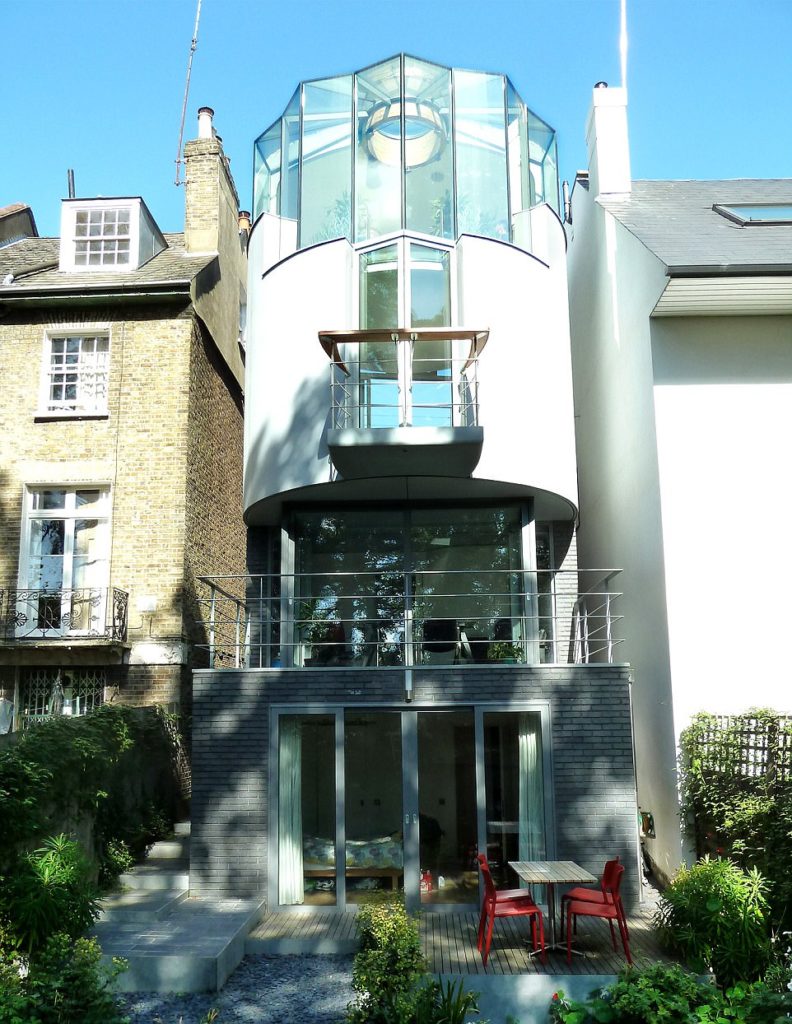