So the Edinburgh part of the trip came to an end yesterday with a Virgin train south back to London.

Pro tip: the Edinburgh flight from Heathrow, Stansted or Gatwick takes about an hour’s flying time. None of those airports is a quick trip from Central London. Now add the the waiting time to board — about an hour unless the flight is delayed, which it is, often — followed by baggage retrieval and then the travel time from Edinburgh airport to the city, which takes about half an hour because the traffic in Edinburgh is generally terrible. Rounded up, the total time is about four hours. The express train from King’s Cross station direct to Edinburgh’s Waverly station — in the middle of downtown — takes three and a half hours.  And the big deadly secret: there are up to six trains an hour from King’s X to Edinburgh, the regular fares are comparable to air fares (mine cost £180 return), the train seats are far more comfortable than the average airline seat AND there’s no “surplus baggage” charge, “reserved ticket charge” or any of the other little scams the airlines have dreamed up to empty your wallet. Oh, and your train journey is not gonna be delayed by bad weather. Take the train. Life, and more especially your travel time, will be more precious than fucking around in airports or driving in heavy traffic to the airport.

But I digress. So I’m back in London and staying at a friend’s apartment (a couple of stops north of King’s Cross Station, incidentally) while he and his wife are in Corfu on their annual vacation. So I have the place to myself and can do London Things without having my wallet emptied by London hotel fees (which in summer… don’t get me started: this is why I prefer to travel in the fall or even winter).

So what are my London Things? They are, in a nutshell, the things I try to do every time I come to London. This trip, they are (in no specific order): 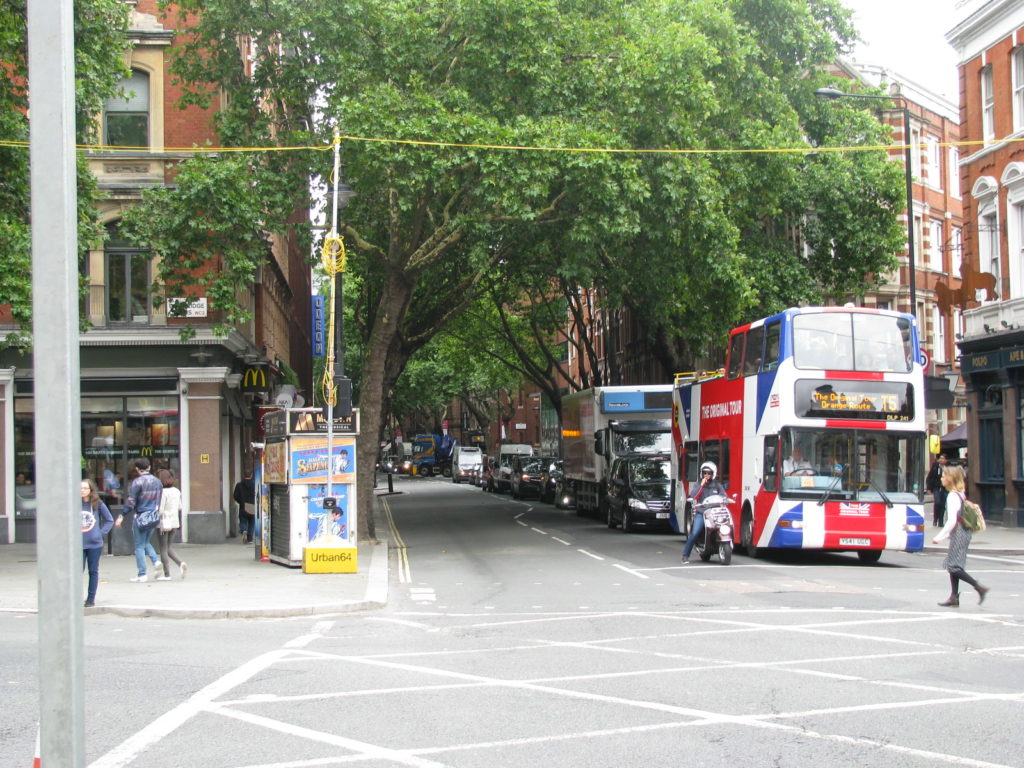 If London isn’t my favorite city in the world, it’s 1a. It should be everybody’s, because very few others can compare. And as I said before, I’m not tired of life yet.