I hate to harp on the importance of appearance yet again, but this little temper tantrum has caused me to have an even bigger one:

She is a bestselling author with a healthy bank balance, but Chocolat writer Joanne Harris found herself shunned by sales staff at Harvey Nichols in London – because she wasn’t smartly dressed.
The writer, 52, whose novel was turned into an Oscar-nominated film starring Juliette Binoche, took to Twitter this afternoon to blast the retailer, saying she’d encountered ‘intense snoot’ from staff ‘unused to contact with people in hoodies’.

She added that her ‘elegant Parisian aunt’ had taught her that an establishment with true class never judges its customers on appearance.

Listen, you classless idiot: did you ever stop to wonder why your Parisian aunt is “elegant”?

I’ve been to Harvey Nics many, many times — it was always Connie’s first stop in London because of their amazing cosmetics department — and we never, ever encountered any “snoot” from the polite, helpful and attentive staff. Know why? Because we were always well-dressed and (in the case of The Mrs., anyway) looked as though we were the type of people Harvey Nichols wanted as customers. One older sales assistant even remembered Connie from an earlier trip. “You’re the lady from Beverley Hills with the delightful children, aren’t you? Welcome back to London.” (I guess they just don’t get that many six-foot-tall redheaded American women from Beverley Hills shopping there.)

Here’s a clue for Joanne Harris. The staff at Harvey Nichols are very, very accustomed to customers wearing hoodies in their store; generally, that’s because said hoodie-wearers are career shoplifters. If you go into a store looking like the average criminal then how, exactly, do you expect the staff to react to you? “It shouldn’t matter how you look!” Well, welcome to the real world, sweetheart, and guess what? How you look does matter.

In fact, judging other people by how they look is not “trained behavior” created by Harvey Nichols management; it’s trained behavior as a result of many thousands of years’ genetic conditioning, where judging appearances is not a matter of “snoot”, but quite often is a matter of life and death. The oldest human instinct is probably a subconscious warning of “Predator!” so the instinct, in other words, is already ingrained. Then add experience (hoodie = possible shoplifter) which fills in the rest.

It’s time for my Parisian restaurant story (and to those who’ve heard it before, sorry but it’s relevant). The scene: Paris between Christmas and New Year, i.e. full to the brim with people. It’s also pouring down with rain, and tit-freezing cold. Dramatis personae:  la famille du Toit, having just quit standing in a seemingly-endless line at an art museum because bullshit. We are well-dressed because when we travel, we are always well-dressed: no jeans, sneakers, tee shirts nor (duh) hoodies; rather, it’s dress slacks, decent shirts / blouses, shiny dress shoes and silk scarves under cashmere coats.

We walked into a nearby but packed restaurant, and I fought my way to the maître d’hotel‘s stand. I apologized (in French) for not having a reservation, explained our predicament, and asked if it would be at all possible for the restaurant to seat a party of six (we had an “adopted” child with us), and no, we wouldn’t mind waiting. The headwaiter looked at the rest of us and clearly saw how we were dressed. He sat us at the bar counter, moving people down to give us room, gave us complimentary bottles of sparkling water, and told us please to be patient, and he would seat us shortly. About five minutes passed; then he came back, and apologized profusely that he hadn’t been able to get our table ready, and would Monsieur please excuse him? In vain did I protest, and repeated that we were the ones imposing on him. No matter: he raced off, and in another five minutes showed us to our table, apologizing again, showed us the glasses of complimentary vin blanc on the table, and six waiters pushed our chairs in as we sat down. It is generally regarded by our family as one of the best meals we’d ever eaten, both for the quality of the food and the service.

Now here’s the kicker. While we were waiting for our table, two couples came into the place separately, looking like members of the International Backpack Set — and the headwaiter shooed them out, telling them the place was full, even though there were a few empty tables-for-two right there in the bar area. He did not want their business. Why? Because backpackers are a waste of seats: they order the cheapest stuff on the menu, stay far too long (in a city where dawdling over a cup of coffee is not frowned upon), they generally tip badly, and because they’re scruffy, they bring down the whole tone of the place — and remember this last part, because we’ll be getting back to it. I agree, it’s not fair. But once again, that just happens to be the reality we live in. (By the way, the meal was expensive — as I recall, about $100 per person, excluding the service charge — but we did drink about five bottles of wine and a few liqueurs and cocktails, as well as ordering dishes like patê de foie gras and terrine rustique de Provence. Not, in other words, the kind of fare ordered by yer typical hoodie-wearing backpackers, so the maître d’hotel‘s instinct was correct.)

Which brings me back to my point. It’s not fair — actually, I think it’s perfectly fair, but let’s just grant the point for the sake of argument — that in a classy establishment, someone dressed like Grace Kelly will get better treatment than your average hoodie-chick: 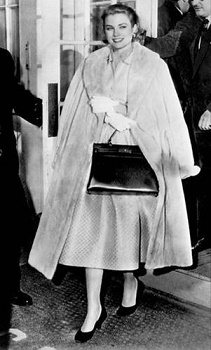 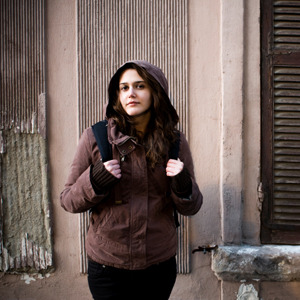 Imagine that. (And lest I be accused of bias, that’s a model in the second picture and not yer typical street skank.)

I also know that in oh-so-egalitarian America, we don’t put up with class and airs, so it really shouldn’t matter. Uh huh. You’re quite welcome to think that, but in return you have to tell me the color of the sun on your imaginary planet.

And in any event, the woefully-dressed Joanne Harris was “snooted” at Harvey Nichols, which is one of the classiest stores in the world, let alone London, and they make no bones about the fact that they cater to people of wealth and class — how the sales staff are dressed should give anyone a clue. Just for being so dense and clueless, Harris should have been tossed out of the store on her ass, let alone snooted.

At the heart of her snit, by the way, is a kind of arrogance: “I’m smart! I’m classy! I’m a writer! I’m famous! I have a healthy bank balance! And you should know all this and should defer to me, even though you have no idea who I am, and despite the fact that I look like a street slapper!”

And for the staff at Harvey Nichols: you may have lost this classless harpy as a customer, but I for one promise to visit you the next time I’m in London, and buy something from you because — guess what? — I like the idea that the staff discourages hooligans from frequenting their wonderful store. It makes for a better shopping experience, for me. And I too am a customer, and one moreover who won’t look like he just got off the bus from some council block in the East End.

Patsy (from Absolutely Fabulous) would quite possibly stop shopping there too, but because “Harvey Nics lets just anyone shop there these days, sweetie-darling. Even those dreadful hoodie-types.”

At Harvey Nichols, Patsy’s type is in the majority, not Joanne Harris’s, and the store runs their business accordingly. Good for them, say I.