As Longtime Readers will know, I am reasonably proficient with most firearms: more so with rifles, less so with handguns — and hardly at all with shotguns.

Of course, I’ve fired many, many shotguns of all descriptions: Browning A5s, Berettas, Franchis and so on, to name but some. But except at, shall we say, bedroom range, I would not consider myself at all skilled with a shotgun. Certainly, I’m out of practice: the last time I shot clay pigeons was in 2005, at the Royal Berkshire Gun Club in these here British Isles. And come November I’m going to be doing some High Bird Shooting with Mr. FM (who is astonishingly good at the activity), so to avoid embarrassment, some instruction was obviously needing to be acquired.

So the very day after the Great Mauser Incident of 2017, Mr. FM took me to the Barbury Shooting Club in Wiltshire to get some shotgunning lessons.
These are the shotguns used on the day: my little side-by-side Kestrel 20ga, and Mr. FM’s o/u Berettas. 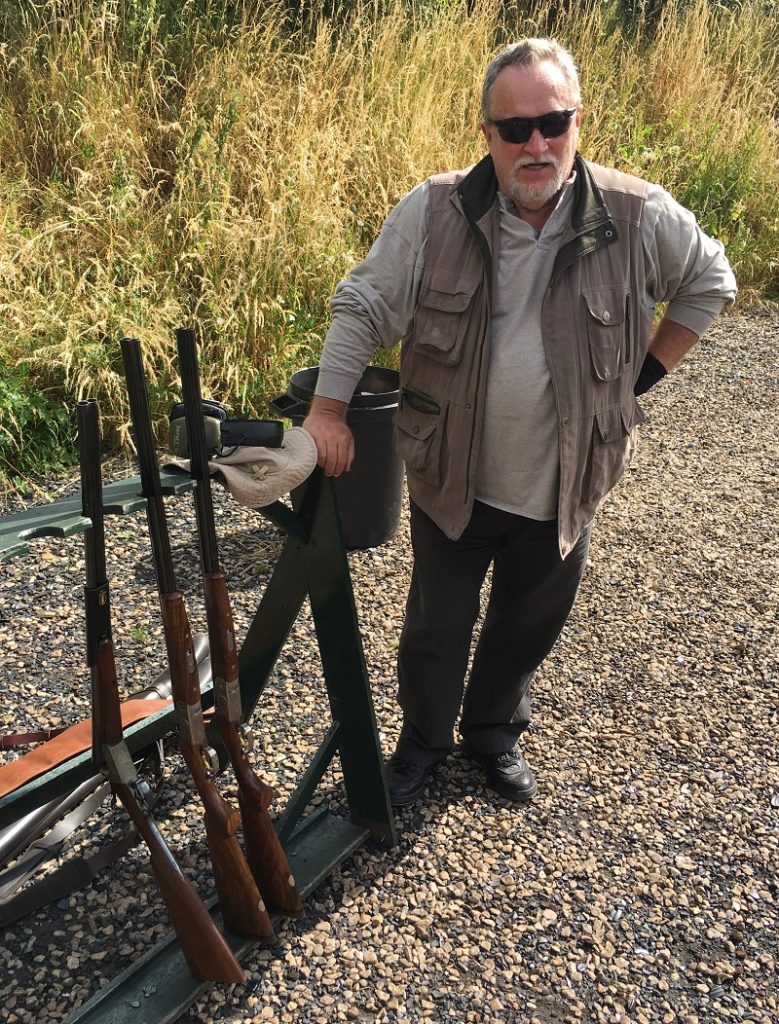 My instructor Derek was a gem: endlessly patient, highly knowledgeable and quick to both criticize and praise.

“That’s the naughty end of the gun, Kim, and here’s what you’ll be aiming for.” 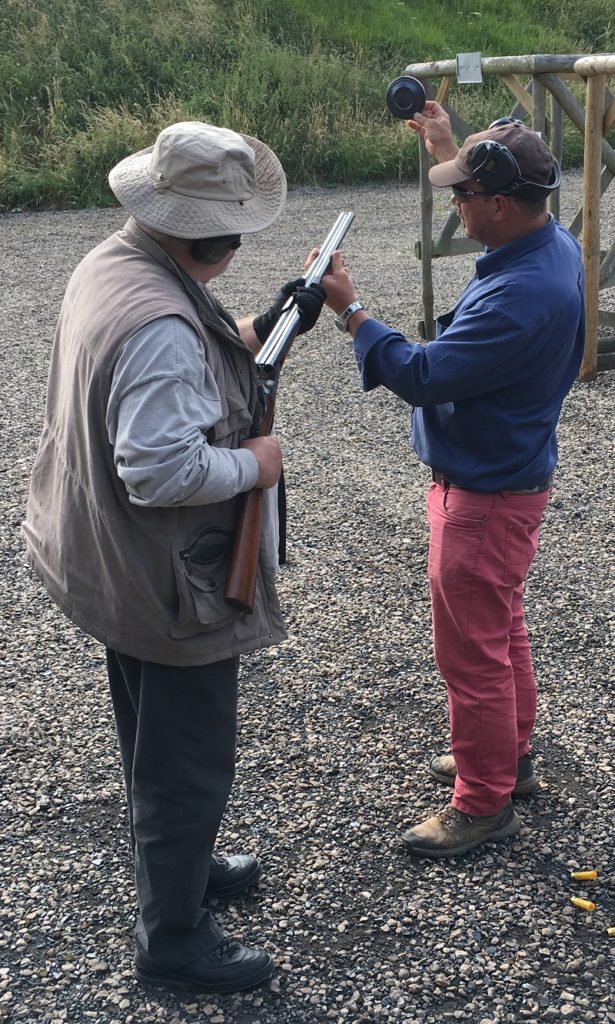 “Shoot the clay, Kim, not the tower.” 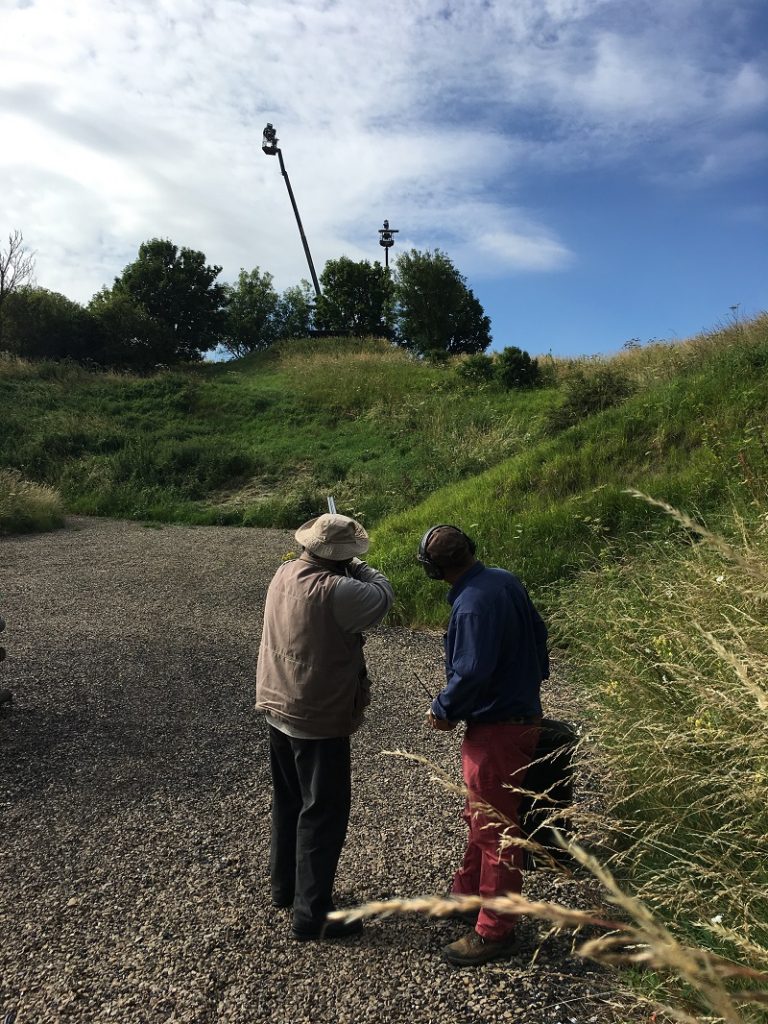 “That probably scared the bird, but no more than that.” 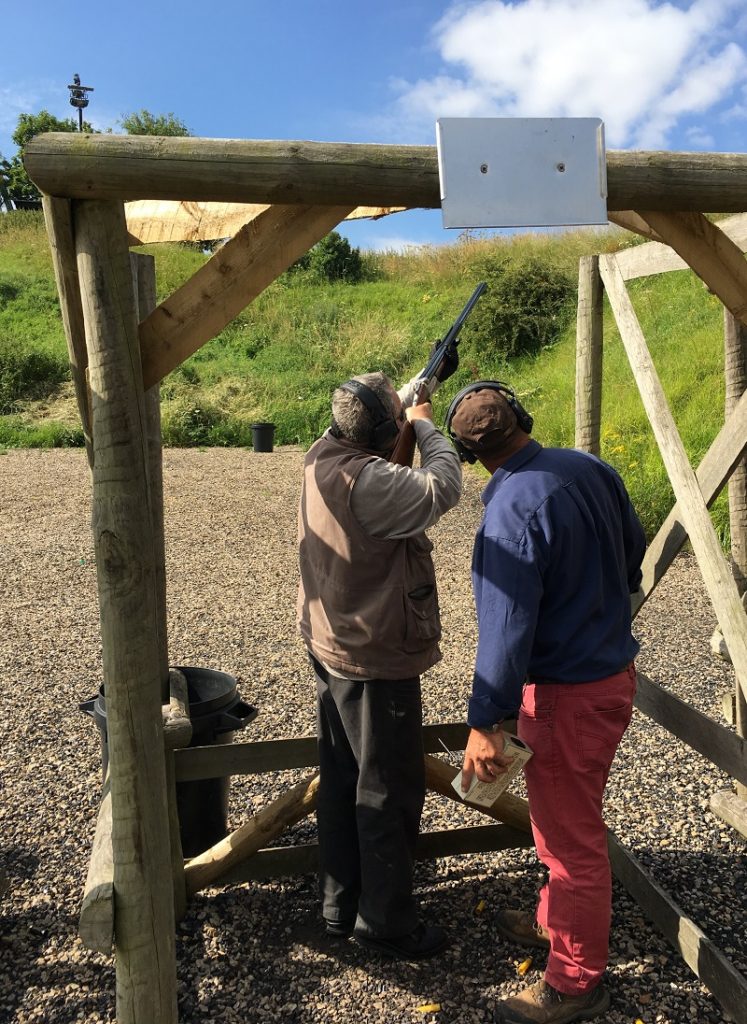 “That’s better. A few thousand more shots like that, and you’ll be close to average.” 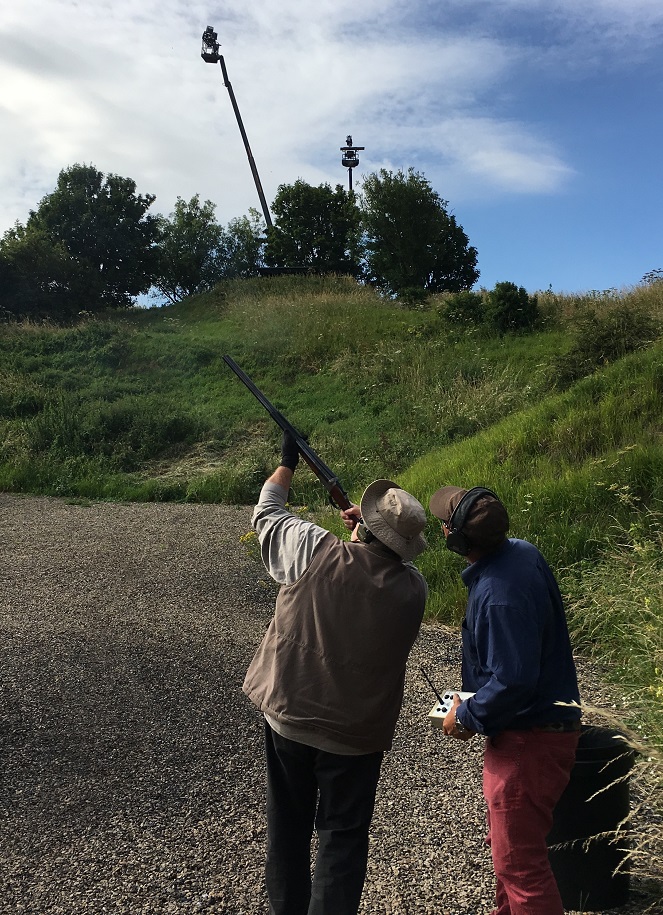 Suffice it to say, Mr. FM noted at one point that I was hitting about three out of four clays, so at least I wasn’t making a complete fool of myself. His strike rate, I noticed, was very close to 100% — I think he missed maybe three clays all day, with far more “pulls” than I had. (This is why I can’t shoot enough; I refuse to look stupid next to him when we go to Portledge.)

I have absolutely no complaints about the gun. “My” Kestrel shotgun was a delight to shoot, and is far more accurate than I can shoot it. And yes, I was wearing a glove on my left hand, and the black thingy on the barrels is a leather sleeve — both designed to prevent blisters from a (very) hot gun barrel. This was very much necessary because after about a hundred rounds of 20-gauge delight, I had no blisters. I did, however, have a fist-sized bruise on my shoulder.

Don’t care. My next lesson can’t come soon enough. And I’m no fortune-teller, but I believe I can see several practice sessions coming before November…