I really wish I had the tech and such to be able to do stuff like this.  Alas, my time has come and gone, but I still enjoy the hell out of ol’ Gramps Hitchcock45, who is my kinda guy altogether.

Take a half-hour out of your day to watch the comparison.  The only way it could be more fun for me is if I’d been there with him.

I have an uneven response to Taki writer David Cole’s articles:  sometimes I want to punch him in the face, and others he makes me howl with laughter.  This is one of the latter occasions, to whit:

I’m not a man who speaks in absolutes, but here’s one I’ll stand by: If a bus full of black people enters an upscale area and nobody on board is wearing a [sports] jersey, it’s bad news.

His description of a bunch of BLM mopes encountering resistance in the form of Persian Jews is equally funny:

Blacks have gotten far too used to dealing with Woody Allen Jews—weakling, neurotic nebbishes of European descent, people who are either Marxist or have Marxists in their family tree.
Persian Jews are cut from a different cloth entirely. It’s a healthy and virile community that categorically rejects racial guilting and socialist wealth redistribution. So the protesters were met by a bunch of Persian Jewish neighbors who stood against them with zero fear.

We’ve seen all this before, yea even upon this very website.  From Insty’s link comes this silliness: 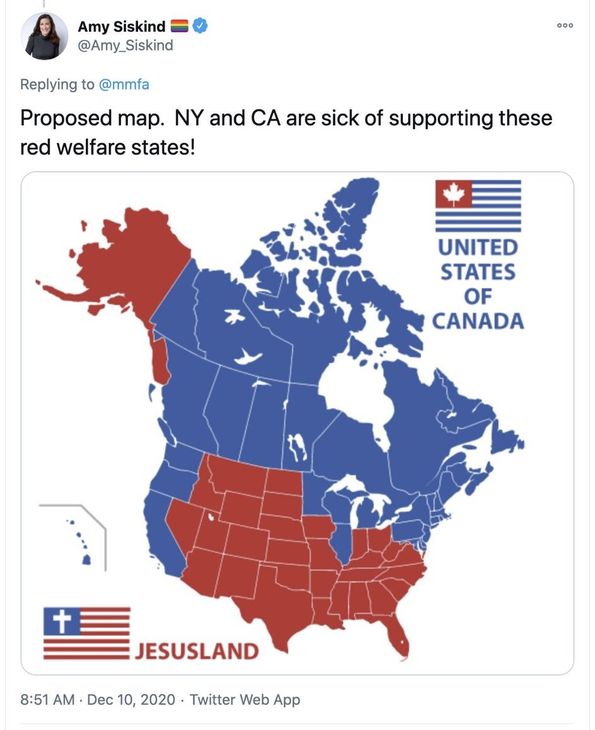 Leaving aside the self-contradiction — if Socialists are all about wealth redistribution, they should have no problem with richer states supporting the poorer states, yes? — any partition of North America is more likely to look like this: 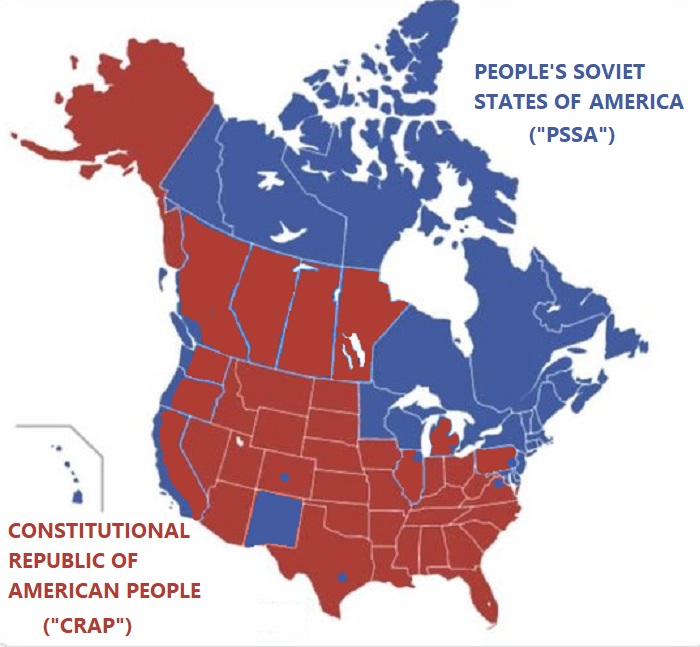 And I’ve taken the liberty of renaming the respective nation-states;  denizens of the PSSA will be called “Pissahs” (New England pronunciation) while the Constitutional Republic’s citizens will be known as “Crappies” (after the fish). 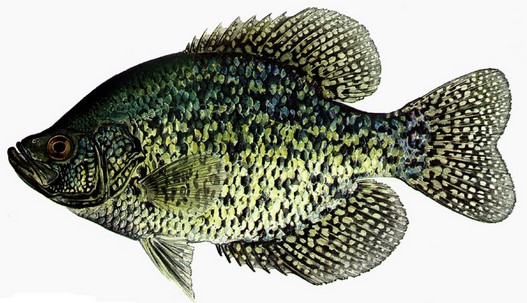 I jest, but only a little.  Some comments:

Note that in my map — which is a lot more realistic than the first one — Pennsylvania, Illinois and indeed California / Oregon / Washington will likely divide themselves up, leaving Philadelphia, Chicago and the West Coast respectively to remain the bastions of socialism they’ve become (Austin remains a blueberry in the Texan bowl of tomato soup, and Denver / Boulder would retain their joint title of “Rocky Mountain LA”).  Northern Virginia, like Chicago, can be excised from the rest of its mostly-conservative state.

As for New Mexico:  several people have told me that the “Africa of America” (cf. Doc Russia) is really more conservative than presidential elections would suggest.  I disagree.  Too much of the state is either sucking on the government’s tit (Indians) or wants to (i.e. most of its Mexican immigrants), or else they don’t give a fuck because they’re always high on peyote, so into the PSSA they go.

Finally:  I am assured by almost all my Canucki Readers that non-Vancouver B.C., Alberta, Saskatchewan and that other prairie state (Manitoba?) would really prefer to be part of the Constitutional Republic as drawn.  As our Socialists / Greens hate oil so much, this would relieve them of the oil sands and fracking fields contained in those erstwhile provinces, not to mention all those icky gun-loving knickledraggers who are more like Middle Americans (whom the Left likewise despise).  Me, I say “Welcome aboard!”  I would most certainly not extend that welcome to people from Ontario (unless they split themselves away from Toronto), and as for the Frog Quebeckers, fuck ’em and their strange un-American language.  I don’t care aboot the hundred or so people who live in Nova Scotia;  they can decide for themselves.

Feel free to disagree with my hypothesis in Comments.

So you and three of your compadres / homeboys / members of the choir decide to get together for a little undocumented property redistribution.  What happens next?

A homeowner in Lacombe, Louisiana, shot and killed two alleged intruders Tuesday morning and sent two others to the hospital with gunshot wounds.

While some may think that a 50% kill rate is a little low, I think that putting all four down — especially during what seems to have been a gun battle — is quite laudable.  Note that the two who didn’t snuff it will now face the death penalty anyway, so there’s that.

Damn… this ammo shortage may force me to use my new Savage .22 rifle to celebrate the Happy Dance, instead of the customary AK-47.

These are tough times we live in.  A little less tough than if we were burglars in Lacombe LA, though.

Police said three employees were inside the Wingstop in northeast Philadelphia Sunday when a 53-year-old man walked in wearing a mask and gloves around 10:30 p.m. The suspect allegedly pointed a gun at them and demanded the employees hand over the money from the cash register drawer.
Investigators said that’s when a customer, identified by police only as a man in his late 20s, walked in talking on the phone, likely not noticing a robbery was taking place, WPVI reported.
The suspect then turned and pointed his firearm at the customer, demanding he turn over his cell phone.
The customer pulled his own gun and fired one shot at the perpetrator, striking him in the neck, said Philadelphia Police Chief Inspector Scott Small. The suspect was pronounced dead at the scene.

[pauses to let the cheering and catcalls subside]

There’s so much to like about this story that I barely know where to begin.  (A neck shot?  Dude.)

*no link because it comes from the foul Fox News, who persist in embedding annoying loud auto-start videos in their articles.  Also because Fox News, period.  Fuck ’em.  They’ve joined the list of news orgs which get no links from me.

So you and a buddy decide you don’t want to go through all that jive about applying for a car loan, making payments, paying for insurance, and all that other “White” jive.  Also, you’re a 14-year-old “youth” and therefore unlikely to be able to get all that done anyway.

Why not just steal a car, you think — but you don’t want to break its windows to get in because it’s getting cold, you see, so you just decide to hijack one.  After all, you live in St. Louis, right? so it should be easy-peasy.

Only problem is that St. Louis is still in Missouri, and a lot of Missouri folks carry guns.  Which leads to this situation:

The St. Louis County Police Department indicates an alleged 14-year-old carjacker was shot and killed by a 53-year-old driver Sunday afternoon at 3:47 p.m.
KSDK reports the St. Louis County PD received a warning of a shooting “at Jennings Station Road and Lewis and Clark Boulevard” and arrived to find “a 14-year-old boy who had tried to run away after he was shot.”
The boy was transported to a hospital and pronounced dead.
A 53-year-old was taken into custody for questioning, and early stages of the investigation indicate the man “was carjacked by the boy and another person near the Gas Mart on 9301 Lewis and Clark Boulevard.” The man retrieved a gun during the incident and shot the 14-year-old.

My only complaint is that Our Hero only snuffed one of the choirboys — the other one fled and hasn’t been caught yet.

Of course, even though this is Missouri, I expect Our Hero to fall foul of a poxy St. Louis asshole D.A. and/or judge, so let’s hold thumbs and hope things turn out all right for our Righteous Shooter.