Via Insty, I saw this little snippet:

WHO asks people not to attack monkeys over monkeypox

…which makes sense, of course.  Killing monkeys because the thing’s named “monkeypox” makes as much sense as burning the town of Lyme to the ground because of tick bites.

However, that doesn’t mean that killing monkeys is a Bad Thing.

You see, monkeys have always got good Press because they look human, with their sweet little faces and tiny fingers and toes;  and they look so cute as they swing through the trees, chattering and gibbering away.

In fact, monkeys are as evil — or more so — than humans.  They attack human babies, they attack pets, and they’ll attack adult humans, all without reason.  They’ll kill each other — even their troop’s own babies, which is why the babies are always clinging to their mothers, by the way — and woe betide any monkey from one troop who wanders into the “territory” of another.

Ask any farmer about monkeys, and you’ll be rewarded by seeing his trigger finger twitch.  Farmers shoot them on sight, because monkeys will absolutely devastate crops — a 50-strong troop will empty an orchard of its fruit in the space of a couple of hours, and take half a field of corn in a day.

So whenever I see some animal lover wringing his hands because some wee likkul monkey was shot by some eeeevil hunter, I just laugh.  Put said animal lover in the middle of a large troop (of whatever breed), and the odds of survival are about 50-50.

They are truly evil little bastards, only marginally less so than socialists, and like socialists, they should be shot whenever and wherever possible.  And if not for monkeypox, there’s always herpes. 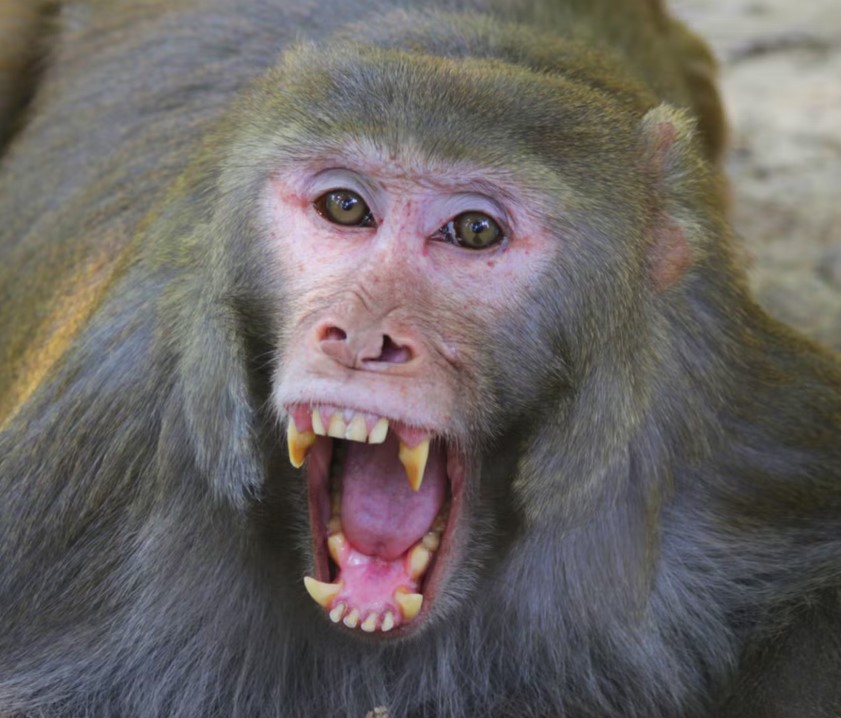