Longtime Readers may remember that I held our former House Rep, the late Sam Johnson (PBUH) in the highest regard, and while I understood why he retired (age, Vietnam POW, etc), I was sad that he did, sadder still when he passed away last year.

He was replaced by a slightly oily little worm whom I’d actually met prior to his election as Mr. Sam’s replacement — but as he was the best of a rather poor bunch, I voted for him.

How times have changed.  Today is primary day, and Van Taylor is being challenged by several Republicans in the Third District.

Just so we’re all clear as to why Taylor’s being challenged, this slimy little RINO voted in favor of the disgusting Jan 6 House Commission (one of two Texas reps, and one of twenty-three Reps nationwide to do so).   He’s proven himself to be a Never-Trumper, and I’m not going to vote for him.  (He’s also been caught bonking some chick in Washington, but I don’t care as much about that as the other stuff.)

Looking over the candidates, former judge and arch-conservative Keith Self seems to have the right stuff:

Infantry Platoon Leader, Special Forces Detachment Commander, Company Commander, as the Executive Officer to a Major General in Egypt, responsible for managing $2 Billion in security assistance.  In addition, Keith served in Joint Staff assignments in US European Command and later in NATO Military Headquarters in Belgium.
During his career, Keith received the Master Parachutist Badge, Ranger Tab, Special Forces Tab, and held some of the highest level of security clearances. He retired with the rank of Lieutenant Colonel.

Upon retiring from the U.S. Army after 25 years of service, Keith ran for and was elected County Judge in Collin County. In that position, Keith stood up for us when others wouldn’t—cutting taxes 25%, defending private property rights, and solving the pension crisis.

See you at the polls today, Judge.

From some guy on the Internet:

“In my view, Putin is highly unlikely to pick a fight directly with NATO. He will work to undermine NATO, though he’s delusional if he thinks he can do a better job than Joe Biden.”

This might just be the nicest thing you see all day (right-click to embiggen):

And a close-up of the action:

About its chambering:  I wrote about the 9.3x62mm “Wondernine” back here, and make no mistake, it’s an excellent cartridge.

As for the rifle itself… phew.  I know it’s spendy — quality custom rifles always are — but oh man, it’s beautiful.

At some show called the SAG Awards (I don’t know what it means, either), there was this little parade, wherein some actresses showed off their (sorta-)cleavages.

The magnificent Salma, however, had no need to do so, and didn’t — probably out of kindness to the flat-chested. 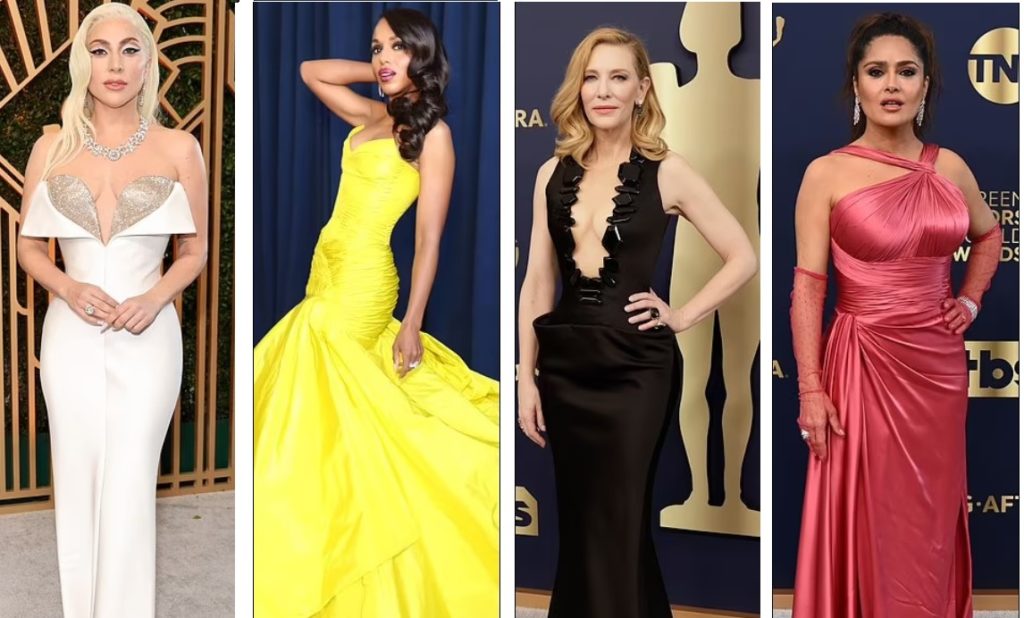 Incidentally:  am I the only one who thinks that Lady Gaga (1st left) looks better inside one of her grotesque face masks?