I grew up in South Africa playing, watching and supporting South African cricket.  As with all the major British Empire colonies (except Canada, because they have no summer to accommodate games lasting as long as five days), cricket is often the national sport even when there’s another sport to compete with it (rugby holds that place in New Zealand and to a slightly lesser degree in South Africa).

The first international Test match I watched was at the age of five, when Peter May’s England side played South Africa at my “home” stadium, the Wanderers, in Johannesburg, and thereafter I never missed a single Test played at that ground.  Of course, there weren’t that many because [sigh]  the awful apartheid system of my youth forbade teams from India, Pakistan and the West Indies from visiting South Africa because their players were black.  (Stupid, huh?  But there you are.)  In 1972, England, Australia and New Zealand stopped sending their teams over to South Africa and banned the SA teams from visiting them, so South Africa went into a twenty-year pariah status and Test Cricket fizzled out altogether.

That all changed long after I’d left South Africa and settled in the U.S., when Nelson Mandela’s African National Congress took control, and thankfully ended all that racist nonsense in sport.  FInally, South African crowds could see Test cricket again, and this time against all the teams, including India, Pakistan and my favorite, the West Indies.

So I became an avid cricket spectator again, and even though it was difficult to find TV that featured Test cricket, I began to cheer on South African national teams with the greatest relief.  It helped that the South African cricket team, even after so long a layoff, was a powerhouse side and in the late 1990s and early 2000s dominated World cricket against all comers.

I don’t support them anymore.

One of the unwelcome features of apartheid South Africa was, of course, that there were no Black cricketers because they couldn’t play against White sides locally, and in any event football (soccer) was the preferred sport of Black South Africans.

Unfortunately, one of the policies espoused by the African National Congress was the system of “balance” in sport — that teams had to consist of x number of Whites and y number of Blacks, regardless of talent.  As with all things, cricketing talent ebbs and flows between the various races — whether in England or South Africa, with their internal “multinational” populations — and sometimes there are only a couple of really good players, or even none that can compete at international level.  This is as true for football, where there are hardly any White footballers because football isn’t played much in high schools (rugby and cricket take precedence), as it is for cricket, where there are just not that many Black players to draw from.  (Rugby, interestingly, does not have that problem:  the current national side has just beaten the British Isles’ “Lions” team — a combination of players taken from England, Scotland, Wales and Northern Ireland — in a Test series where the captain of the “Springboks” is a massive Black guy.)

As a result, while South Africa can always send a Test cricket side to play in, say, Sri Lanka or England, it may not be the best side because there is a racial quota to fill and regardless of talent, skin color must be taken into consideration first — a lopsided inversion of the old “only Whites can be selected” policy from days gone by.

So when I watch South Africa play, I’m always conscious that I’m probably not watching the best South African side possible — and in recent years, South African has fallen from the top ranking in international cricket and dropped to fourth and even fifth on occasion.  I hate that, and so, after a long lifetime of support for South Africa, I’ve stopped doing that and now support mostly England, or whatever team is playing against Australia.

I told you all that so I could tell you this.  The redoubtable Heather Mac Donald, writing in City Journal, has laid open the effect that Critical Race Theory has made on classical music.

The lead reviewer for the New York Times, Anthony Tommasini, urged that orchestra auditions no longer take place behind a screen, in order to address the “appalling racial imbalance” in orchestral ranks. Currently, musicians’ identities are concealed by a screen through most, if not all, stages of an orchestral audition to prevent favoritism or bias (a process known as a “blind audition”). But colorblindness is now regarded as discriminatory, since it favors merit over race.

If that sounds familiar to anyone who read about the South African cricket situation above, it should be.  Try this, too:

BBC Magazine columnist Tom Service also purported to deconstruct the alleged greatness of the canonical repertoire: “The link between patriarchal power in the West and the fact that the classical canon is made of lookalike faces of Great Men is more than coincidental.” Slate complained that referring to well-known composers only by their last names exacerbates classical music’s exclusionary practices. The Louisville Orchestra, for example, had advertised the performance of a Beethoven symphony and the debut of a composition memorializing Breonna Taylor by “Davóne Tines” and “Igee Dieudonné.” To assume that Davóne Tines and Igee Dieudonné need to be “full-named,” whereas Beethoven does not, replicates classical music’s “centuries of systematic prejudice, exclusion, sexism, and racism,” according to Slate.

Once again the present is being press-ganged into atonement for the past, even where the “systematic prejudice, exclusion, sexism, and racism” is patent nonsense.  One might as well complain that African tribal music is racist because it doesn’t have any White players in the genre.

Classical music radio announcers and executives instructed their audience to hear inequity in the cascade of human feeling coming from their speakers. Garrett McQueen, then an announcer for American Public Media, told a Composers Forum roundtable in June 2020: “You are complicit in racism every time you listen to Handel’s Messiah.” (Handel held stock in a slave-trading company.)

There’s more, a whole lot more, and I urge you to read the whole article, as one should for all of Mac Donald’s writing.

Fortunately I don’t have to listen to a subpar, racially “balanced” orchestra which has not drawn from the very best musicians (of all races), just as I don’t have to support a South African cricket team which loses because they’re not fielding the best team possible.

For my classical music, I can listen to older performances created by orchestras which were not beholden to Critical Race Theory and racial quota policies.

I am really glad that I have a huge classical CD collection which, in terms of time, goes back to performances recorded in the 1950s, 60s, 70s and even 80s.  I’m even more glad that I tend to favor solo classical piano pieces, where racial tokenism cannot take place almost by definition — and anyway, I have recordings of all my favorite classical pieces already, many of them just different interpretations thereof played by Rubinstein, Argerich, Andsnes, Lisitsa and Barenboim, to name but a few.  And I have orchestral renditions of the works of Grieg, Beethoven, Bach, Brahms, Mozart, Wagner and all the other Old Dead White Oppressive Patriarchal composers which stretch all the way from the Berlin Philharmonic through the New York Symphony and Vienna Philharmonic to the CSO.

Put bluntly, I have a lifetime’s worth of classical music that I love, and have absolutely no need to listen to any “new” performances, ever.  The inferior, woke orchestras of today can go and suck eggs because I see no need to buy their music.

They can ask the NFL, NBA or CNN what it feels like to play to much smaller audiences.  Or the Democrat Party. 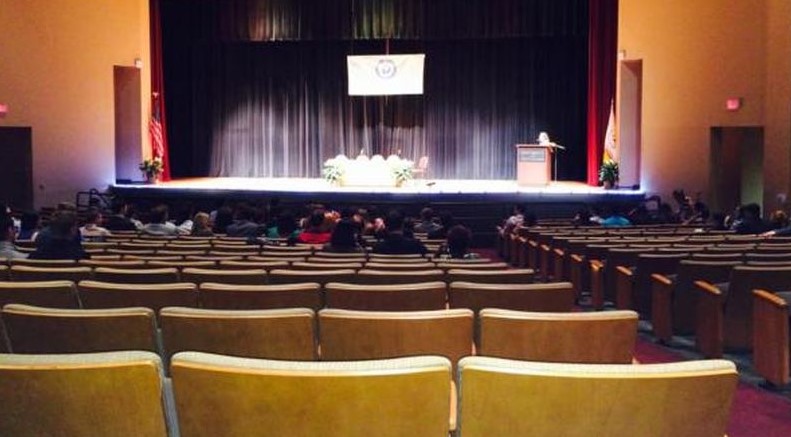