Last week I got a missive from Mr. Free Market which was headed:

“Just bought this Anshutz: it’s sorta the last 22 that I will probably buy or at least own.”

And a pretty thing it is too (yes, he’s a left-hooker): 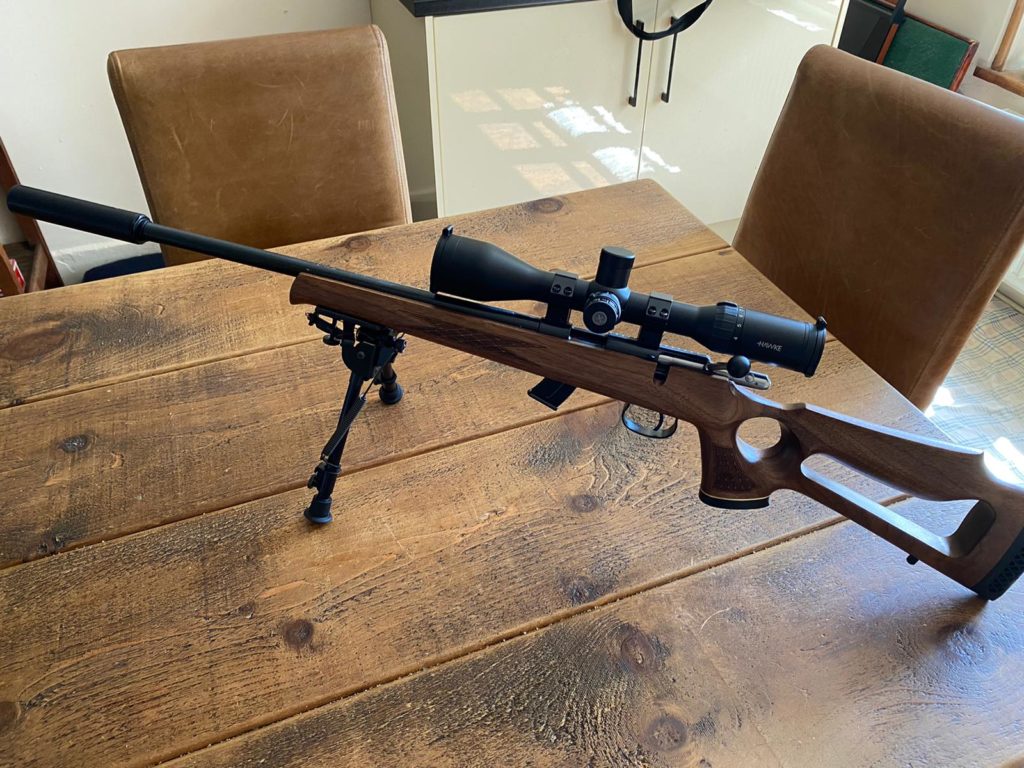 Mr. FM being the deadly shot that he is, all I can hear is the sound of disintegrating rabbits in the fields of his estate.

However, that’s not the purpose of this post.  About three days later, I got this plaintive wail from him: 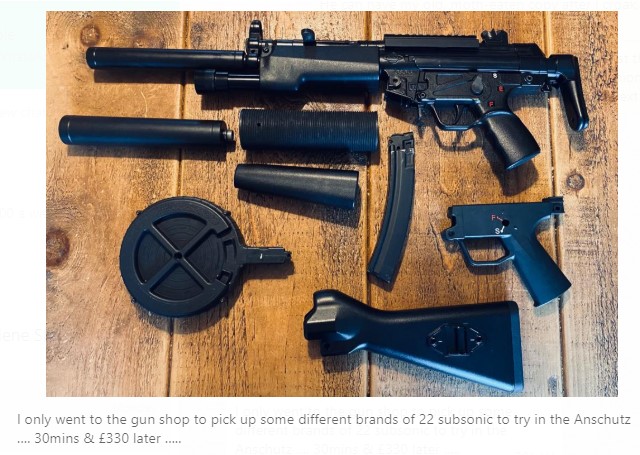 I know that none of my regular Readers have ever had such a thing happen to them, of course.  <eyecross>

However, as I pointed out to him in commiserating with his plight, I once went to pick up a Swedish Mauser at one gun store, then stopped at another store to get some 6.5x55mm ammo (back in the days when gun stores actually carried ammo)…

Like me, Mr. FM is pruning back (“consolidating, dear heart”) his gun collection (the above impulse buy notwithstanding), and I think about half a dozen or so shotguns will be going onto the block in the next couple of months.

Which brings me, sorta, to the point of this post.

Regular Readers will know that I’m trying to settle on a couple-three “last rifles” myself, and a 20ga side-by-side to “round off” the total number of boomsticks.  As I despair of ever finding that clean 1970s Colt Python for $600, I think I’m pretty well set for handguns.

Doc and Combat Controller talked me out of getting replacements for my two Marlin varmint .22 rifles (880SQ and 882 HB) with the simple comment that if they’re already “one-hole” rifles with the adequate-but-actually-kinda-lousy triggers, dropping a new trigger group into each is all that’s needed.  And cheaper.

Makes sense, which means I’m not going to be in the market for those CZ 457 rifles anytime soon, or ever.  Although…

As Doc and CC pointed out, that money saved would be better spent on (don’t be stupid, these are my friends we’re talking about) buying that CZ Bobwhite:

…which makes all sorts of sense to me.

Last question:  are any of my north Texas Readers familiar with putting an aftermarket trigger group into a Marlin?