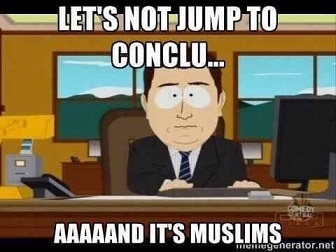 Read all about it.  Too bad that ordinary Brits aren’t allowed to carry guns over there, because I bet that if they were, not only might this asshole have been stopped more quickly, but a lot more of his type might think twice before getting all Stabby For Allah.