Here’s (yet another) reason why I believe in the death penalty:

I always have arguments about this issue with people (e.g. Reader Quentin) who state that the problem with the death penalty is that occasionally (actually, hardly ever) the wrong people are executed for a crime they didn’t commit.

On the other hand, you have situations like the above Yorkshire Ripper’s imprisonment, which basically turned into some kind of grotesque holiday camp which, I think we all agree, is appalling for everyone except the fucking murdering bastard.

So can I make a wee suggestion, here?  If we aren’t going to execute assholes like this (and I still support that), can we at least make sure that their lives behind bars are a living hell?  I’m thinking of solitary confinement as practiced in Pelican Bay:  no visitors, no entertainment like TV, one hour’s exercise per day (also in isolation), the most basic of diets (water, bread, maybe some fruit).

In other words, there has to be a great deal of punishment involved for someone found guilty of killing over a dozen people, rather than turning him into some kind of folk hero and celebrity.  And I find it appalling that the State has to spend a great deal of money just to keep some unworthy scumbag alive.  If the government is going to throw money around like that, then fuck it:  calculate how much money it will take to keep him alive, shoot him in the back of the neck, and give that money to the victims’ families.

It’s not a perfect solution, but it’s much better than the above travesty.

Whenever you’re looking at a gun stuff website and you find this little notice:

…that’s pretty much a crib sheet for places where you do not want to live.

This particular one spotted at Firequest, where they sell “exotic” (a.k.a. “cool but spendy”) stuff, e.g.: 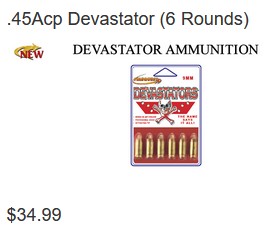 As I said to Combat Controller (who sent me the link), at that price I don’t just want death, I expect thermonuclear action at the naughty end.

Just when I was about to post the (largely unnecessary) reminder for National Ammo Day, came this pearl of wisdom:

Simple response:  Would like to, always have in the past.  Can’t, now.

There are either per-order limits, or nothing in stock, or else the ammo is so expensive that I can’t afford it per box, let alone in bulk.  That said: 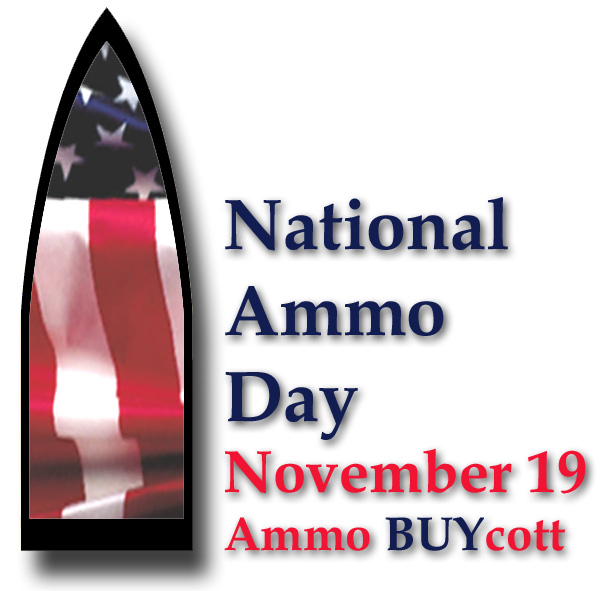 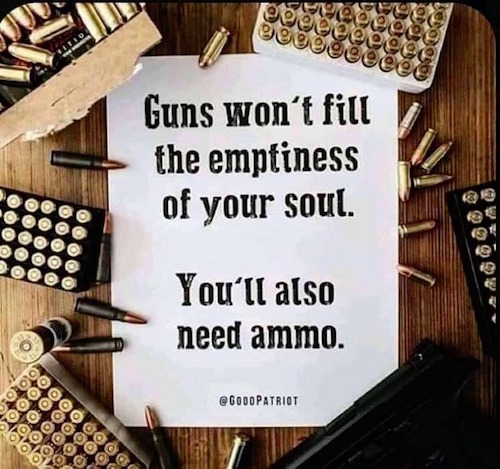 Over time, several Loyal Readers have contacted me, warning that I might suffer the recent fate of several conservative websites, whose hosting services have blocked them (a.k.a. “de-platforming”) with weasel excuses such as that of The Conservative Treehouse’s lot:  “given the incompatibility between your site’s content and our terms, you need to find a new hosting provider and must migrate the site by Wednesday, December 2nd.”

I, of course, am at risk because of my occasionally-intemperate rants and my all-round “bad” behavior.

Firstly:  thank you all for your concern.

Secondly:  Of course, Tech Support II has a backup plan — to quote him exactly, “There’d just be a little downtime while we execute. ”

Thirdly:  “Execution” might very well include what could be called a “porcupine consequence” for these Lefty assholes if I am ever de-platformed.

As long as I’m left alone, nobody gets hurt.