A lot of talk is centering around the Biden/Harris/Beto’s threats to disarm America.  Several people have talked about this in Doomsday terms, e.g. in the Third World: 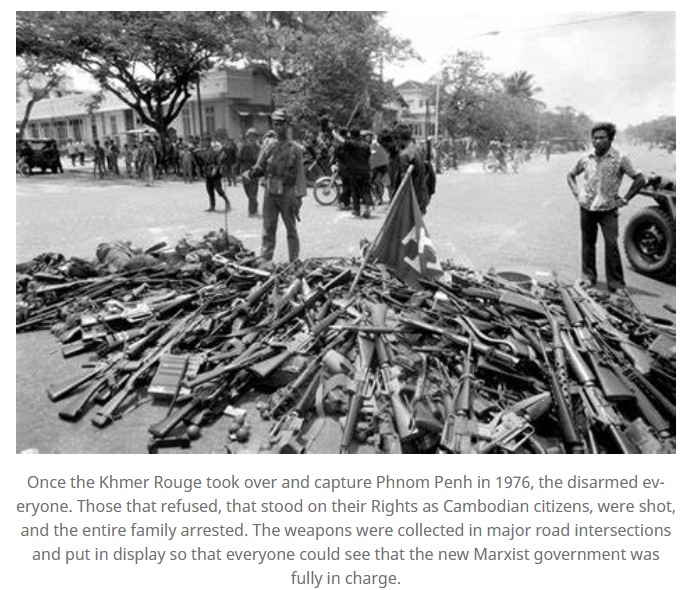 …and in Nazi Germany (same link): 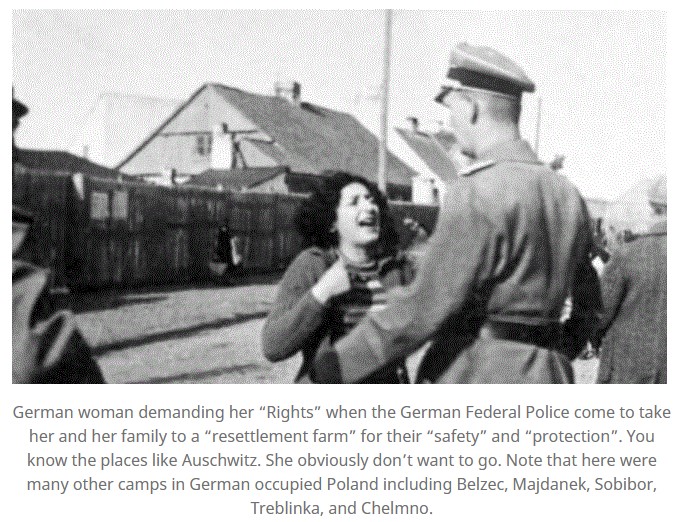 I’m not going to suggest that this stuff never happened, because that would be stupid.  Leftists attempt to deny history, and I don’t.

That said:  I think that in order for a government to get its civilian populace disarmed, one of two conditions need to be in existence.

Firstly, this works in the Third World (Africa, S.E. Asia, etc.) where the population is scattered, impoverished and not very connected by media.  Under these conditions, it’s quite easy for the government to send out truckloads of soldiers to village after village to round up the guns.  In many cases, the gun owners aren’t aware that the raids are beginning or if they are, it’s too late and they’re too disorganized to devise some system to hide their guns or to organize resistance.  And the very isolation of the population groups (by distance, desert or forest) adds to the ease for the government to do, well, anything (and not just gun confiscation) to their hapless citizens.

That’s not the situation facing a Marxist government like the Biden/Harris/Beto model.  Gun owners in the U.S. are aware, connected and not easily cowed.  Surprise may be achieved once, but only once before the word gets out and the job becomes not only more difficult, but a lot more difficult.

The other situation where gun control works is in a Western country — e.g. Germany or the U.K. — where the population is subservient by nature, and where disarmament can begin first with registration and later with door-to-door confiscation raids by the police.

That may work in Europe, but the snarling gun-owning population is the U.S. is anything but subservient.  They’re actively hostile and willing to resist even “commonsense” policies like gun registration.  (As was shown recently in Connecticut, the bluest of blue states, where governmental attempts to register AR-15s resulted in perhaps 5% compliance, and even that’s just a guess.  Imagine the success rate of handgun registration or hunting — “sniper” — rifle registration…)

Even statewide gun control fails, as evidenced by the continuous wails of neo-Marxist governments like those of Illinois and New York complaining of the flow of “illegal” and unregistered guns from neighboring states like Indiana and Virginia respectively.

I’m not saying that attempts at confiscation aren’t going to happen.  Anything is possible with these bastards.  But if Marxists are good at anything, it’s trying to suppress human nature and in our case, Constitutional protections, because as with all things Commie, the results are irrelevant as long as the doctrine is followed.

What I am saying is that it’s not going to be as easy as they seem to think.  In fact, it’s going to be exponentially more difficult than they think, and a tremendous amount of blood is going to be spilled, probably on both sides.  In the end, the side which prevails will be the side with the greater devotion to their particular ideal, and the guts to push it, or resist the other’s, as hard as possible.

That’s enough talk.  I’m off to the range. There’s ammo to be tested, and practice to be done.