So with the Chinkvirus thing winding down in Britishland, thousands flocked to the outdoors when the weather warmed up.

Try not to wince.

In the wake of all the Pantifa / Black Lives   Matter riots and protests and such, the airwaves and presses are full of earnest pleas to “start a national conversation” or “address the racial strife” or “deliver justice” for those whose lives have been so horribly afflicted by the daily misery of living in modern-day America.

But what if we — that is, the people who are the targets of such tropes — don’t want to have a conversation with these people anymore?  What if we look around us and see things like minority set-asides, preferential hiring- or admissions practices, creation of the various bureaucracies that purport to address all these supposed iniquities (e.g. Offices Of Race Relations, Equality Commissions, etc.), and realize that despite all these efforts, many Black people are still mired in slums, are still enslaved by criminal lifestyle, are still hobbled by sub-standard education establishments and continue to behave in ways that, in the immortal words of Chris Rock, still end up with their asses getting beaten by the cops?

What if we — we, the suffering middle classes who form the backbone of this nation — just say, “Fuck you, and your conversation.”

And before anyone gets all bent out of shape about the above, let me remind you all that when the Wuhan virus hit our shores, the people who kept this country together were not academics, or politicians, or journalists, or community organizers;  and for damn sure they were not the people now rioting and looting, nor the shadowy organizations who are organizing the unrest.  The country was kept going by people like truck drivers, doctors/nurses, supermarket workers, maintenance technicians, farmers and trash collectors, to name but a few.  Not glamorous people, not members of the “elite” set, just people who are not a part of “systemic racism”, nor of “class privilege” and especially — considering that many of them are Blacks and Hispanics themselves — are not benefactors of the so-called “White privilege”.

What if these people, these ordinary hardworking people just said to all these demands, “No.  We’re not going to pander to you anymore.” 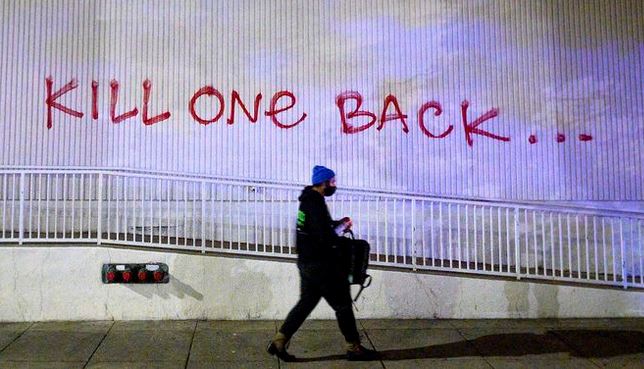 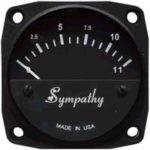 From some Gummint asshole who’s suddenly started to smell the coffee:

Uh, we all knew that long ago, dipshit.  What we don’t know is why it took you fuckheads so long to realize that.

And what we’re breathlessly awaiting is for you assholes to start doing something about it.

Somebody explain to me whose side these pricks are on:

Local Fox affiliate KTTV 11 captured the action live on television as the shopkeeper and his son, who were armed with shotguns and bandoliers, had just finished explaining to a reporter how they had chased away a group of looters, who had fled the scene with police in hot pursuit.
A member of the local community, whose relatives were helping the shopkeeper and his son stand guard at the store, told KTTV’s Christina Gonzalez that the store had been in the area for decades, and that the shopkeeper’s family had helped everyone in the community.
Moments later, however, another group of looters arrived in a convoy of vehicles. When the Los Angeles Police Department (LAPD) arrived, too, however, they ordered the armed shopkeeper and his son to surrender their weapons, and they handcuffed three community members who had been helping in the standoff with looters.
Meanwhile, the looters ran away, and some apparently escaped altogether, with other officers in pursuit.
Gonzalez pleaded with one LAPD officer to release the three community members, while the others arrested one looter.
Eventually, the three community members were released. Police nearly arrested another woman who arrived on the scene to pick up one of them, who was apparently her mother.

What a fuck-up of a police force.  That’s right, Keystone Kops:  disarm the people who are doing the job you’re supposed to be doing but aren’t, and then arrest Yossarian, not Aarfy.