From The Coldly Furious One, speaking of NASCAR’s ritual self-abasement over nothing:

For the bigwigs at NOOSCAR, it’s extremely difficult to see a downside: they get to piously denounce all those icky, beer-swilling rednecks and their disgusting Rebel flags, suck up to their anticipated new audience of Nee-grows and the white SJWs who take a knee for them, and establish their PC bona-fides without breaking a real sweat. For that, they’ll gladly throw a nonentity like “Bubba” onto the pyre, strike a match, and send his ass floating off downriver.
Nice try and all, but it’s not going to work. And that serves ’em right, far as I’m concerned.

Ditto for the NFL.  Both organizations, flush with TV money, don’t seem to give a rat’s ass about their actual audience.

Naturally, this whole thing is irrelevant to me, as I don’t follow either sport (being of the Europhile heritage, prefer the actual football, and Formula 1).  So I can look at the situation dispassionately and with quiet amusement, treating the doings of both as a marketing exercise.

The nice thing about supporting a sport, however, is that participation is purely voluntary and money not spent on an NFL Redzone subscription can just be spent on ammunition or a new gun — which will really piss off all the Commies.  And as for NASCAR: 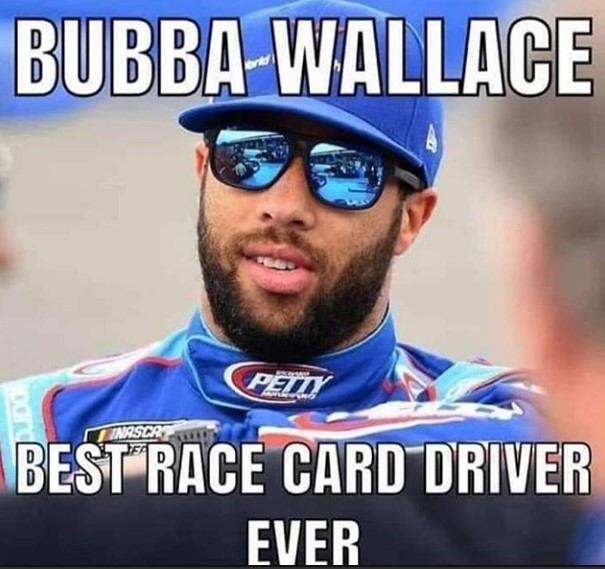