I read this story over the weekend with a great deal of sadness, coupled with rage:

An angler has died after yobs allegedly pelted him with rocks using a catapult as he fished with his two brothers in a boat on a lake at a 15th century castle.
Charles Hilder, 66, from Romford, Essex, died in the grounds of Lullingstone Castle in Eynsford, Kent, following the attack at 5pm yesterday by the yobs who were stood on a bank.
…
It comes as locals and MPs claimed the area had been under siege from yobs in recent weeks with some threatening people and even trying to steal a woman’s dog. 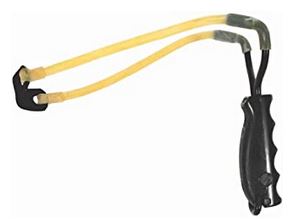 And we won’t even talk about those eeevil “assault” slingshots made with triple rubber pulls, wrist-braces and carbon-fiber Y-frames. 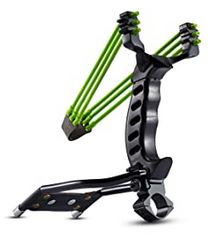 I mean, nobody needs a triple-pulled slingshot with a wrist-brace, amirite?  [/sarc]

I think I’ve told the story about a man I know who in addition to carrying a handgun when out in public, has over the years also acquired about ten or more Ruger SP101 hammerless short-barreled revolvers, all chambered in .357 Mag, and he scatters them all over his place:  bedside, living room, garage, bathroom, car, wherever.  He also has one stashed in his toolbox and another in his fishing tackle box.

When I asked him why the tackle- and toolboxes, he replied simply:  “Because bad things can happen anywhere, and working in my garage and fishing out in the boonies is where I’m most vulnerable.”

Of course, that makes all sorts of sense.  It doesn’t help our British cousins (and the unlucky old guy above), because they’ve voted away their right to own handguns and their right to self-defense.  But for us Murkins, it’s a cautionary word to the wise.

Never be too far away from the means to protect yourself.

By the way:  that Kainokai triple-pull sling looks awful.  To the surprise of absolutely nobody, I prefer the more traditionally-styled Lodonc: 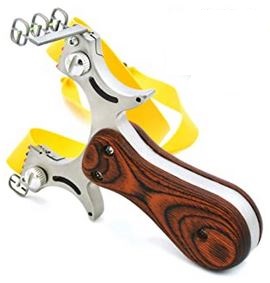