I note with displeasure the recent rise of attacks on Jews, and see that a couple experts have weighed in on why Jews should be armed.  (I would have thought that the events that led to the sentiment of “Never Again!” would have been reason enough, but anyway.)

In response, the article suggested six guns for Jews to carry:

All good guns, and ones I would carry without a qualm myself (okay, maybe not the Glocks, because reasons).  However, considering that one of the above guns is German, and three others Austrian… I mean, I know  that Jews must have short memories because they appear to have forgotten all about the Holocaust (see above), but sheesh…

If I were a member of the Tribe, I would not only arm myself, I’d make a symbolic gesture by carrying one of these two excellent guns, from Israel’s own eeevil Zionist gunmaker, IWI: 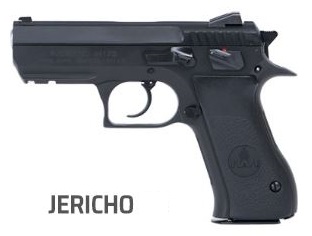 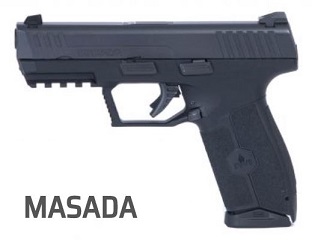 The Jericho is a lovely piece (I’ve fired it many times myself) and the FS and RS variants are available in all three varieties:  9mm, .40 S&W and .45 ACP (and no prizes for guessing which caliber I’d choose, especially when the .45 ACP was built for a gun designed by a man whose middle name was “Moses”).  The bigger mil-spec Masada (which I haven’t yet had a chance to fire, damn it) looks like a decent piece too, but is only available in 9mm.

I can’t think of a better outcome than for a Jew to shoot a violent anti-Semite in the face with an Israeli gun.