I saw this pic over at CW’s yesterday, and I have to say that I recommend the concept (as opposed to the item itself, which I’m not familiar with). 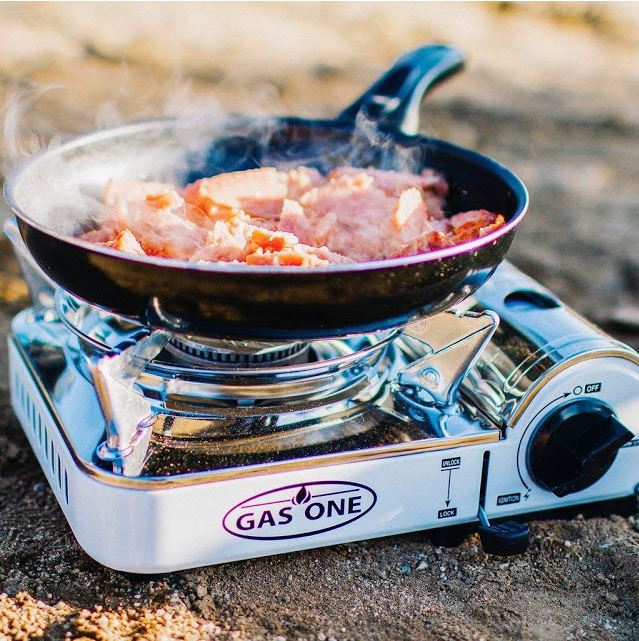 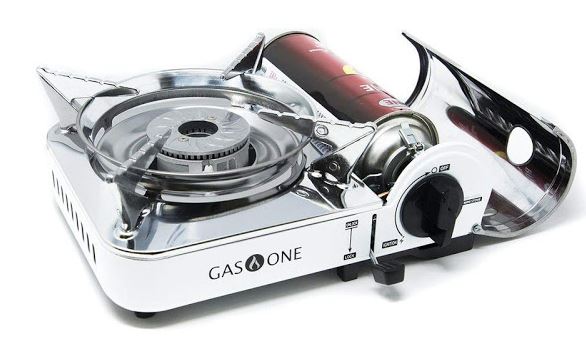 I have two of these little cooker types (two in case one breaks or malfunctions), and a dozen or so butane cylinders.  Used sparingly (meaning a cooking session of about 15-20 minutes), each cylinder will deliver close to a dozen meals (including a small kettle of boiling water for coffee or tea).  When we had a 5-day power outage in the Dallas area about five years ago, it was a godsend to have these around — yes, I could have fired up the propane BBQ but it’s overkill if all you want to cook is a single skillet or a kettle.  Pop a cast-iron grill plate on top, and you can cook a meal for two quite comfortably (and grill plates are easier to clean than iron skillets, too). 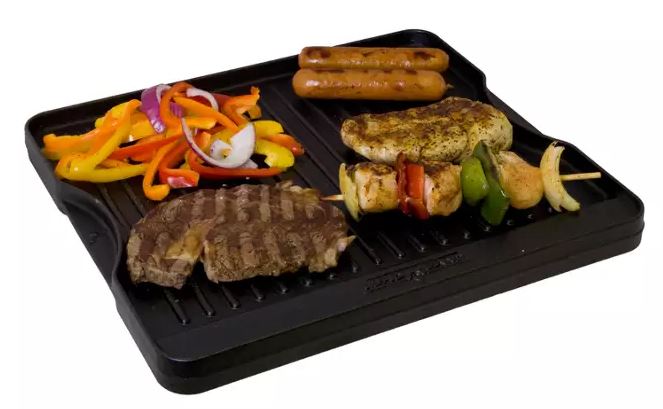 My cookers look like this (i.e. not as swanky as the one above): 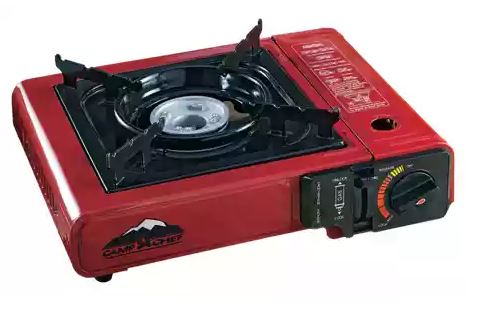 The reason I like this as a SHTF thing (i.e. when there’s no electrical power and you can’t or don’t want to build a cooking fire) is size:  the cooker is small and light, and the little butane cylinders are easily stowable.  Also, they can be found at any Asian store, where both the cookers and butane are way cheaper than at camping stores.  (At our local Yuk Fu market (not its real name), the stove costs about $25 and the butane less than a dollar per cylinder, which is unbeatable).

You’re not supposed to use this setup indoors, of course, but if you have a fireplace (as we did) it’s not a problem as long as you remember to open the flue.

What we also used to do was use it as an outdoors table-top cooker, with the grill plate in place.  Best was to grill thinly-sliced lamb, with a dash of rosemary and salt, or similarly-sliced beef with rubbing spice and/or Liquid Smoke sprinkled over it.  Many was the spring- or fall evening spent around the table on the deck, each family member responsible for cooking their own meat, with sides of pita bread, tomato slices and hummus (for the lamb) and crusty French bread and cole slaw (with the beef).