Wait a minute… this tool said this in Plano?  Plano, TEXAS?

A former Democratic candidate for local office in Plano, Texas is warning Trump supporters – If he sees anybody wearing MAGA hats in public he’s going to hit them with a profanity-laced tirade.

…and even though I don’t like to wear baseball caps, now I have to  get one, just on the off-chance.  Or maybe one of these… oh yes, baby: 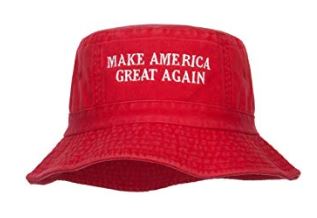 I just wish I knew where this little weasel hangs out so I could go there after the thing’s been delivered.  The Notions Department at Target, no doubt, given his self-description.

Oh sweetheart… you don’t know  what hate is.  Or a “profanity-laced tirade”, for that matter.  But you will.

I was going to write something about this topic, but Brendan O’Neill got there first, and did it perfectly.

Update: Nobody seems to have noticed the “classical reference” in both the title and O’Neill’s enjoinder.  It’s taken from a Cheech & Chong sketch from the late 1970s (I think it’s the Big Bambu  album) which satirizes a British punk band.  And, of course, the “Reg” here is Elton John’s real first name.

Whenever politicians (especially presidents) suggest that citizens should just “turn in” their guns to the authorities, my response is always, “You first”.

In other words, you  forego your own guns, and disarm your  security details first.  (And for the police chiefs who buy into this bullshit:  first disarm all your police officers, especially your SWAT teams with those evil military-style weapons;  let’s see how that works out.)

Fortunately, thanks to some excellent reporting, I can now say that at least one group of brave politicians is following my suggestion.

Democratic National Committee spokesperson Michael Tyler announced Thursday that all candidates who run in the 2020 presidential election as Democrats will completely forego armed security for the entirety of their campaigns, in a clear and bold stance against gun violence in America.

Saw this on Insty’s sidebar not long ago, and it stopped me in my tracks: 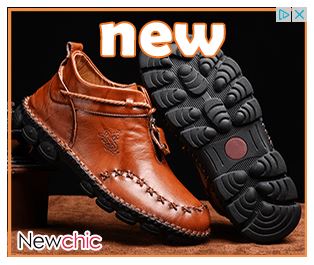 I have seen some ugly shit in my time, but these so-called “Newchic” things are Hillary-grade hideous.  Somebody elucidate the concept to me, because I must  be missing something.   “Fugly” doesn’t begin to describe them.

Of course, if these are The Most Comfortable Shoes Evah, then I stand rebuked.