Perhaps she’s been worn down by all the Brexit negotiations with the Eurotools, or perhaps she just wants to stick it in the eye of the nation which seemingly wants her out of office (or both), but this piece of work by BritPM Theresa May is otherwise inexplicable:

Theresa May has today been accused of showing ‘very poor judgement’ and risking the special relationship with the US by allowing Huawei to help build Britain’s new 5G network.

I can think of a better term than “poor judgement”, but I still have some vestiges of the gentleman in me.  Try this deluded asshole, though:

Uh huh… and when the SHTF and China possesses every last piece of information coming out of Britain, this Lidington guy can sit back and sneer, from the deck chair on the patio of his beach cottage in the Maldives: 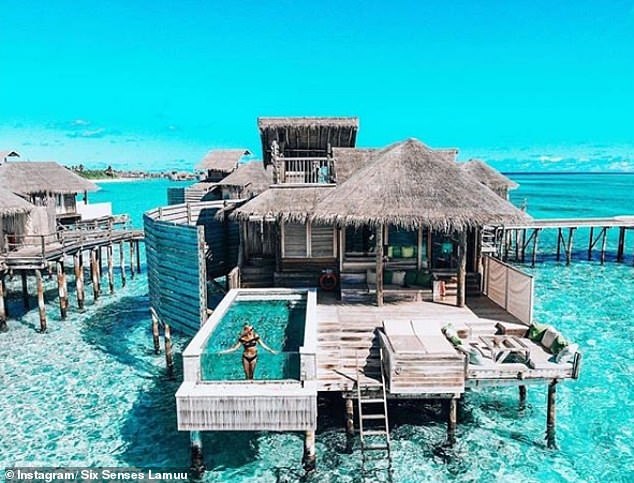 …which of course he could afford on a politician’s salary [eyeroll].

Needless to say, this foolishness has not passed by without a reaction from our POTUS:

Which, by the way, is yet another in a long line of reasons why it was a good thing that Trump kept Hillary Bitch Clinton’s enormous ass out of the Oval Office in 2016 — or else we’d have to be learning Mandarin to communicate with the telecoms by now.

Speaking of which:  where were our  telecom folks in all this?  Were Verizon or AT&T taking a nap when the 5G bids were put in?  (Don’t answer that, it’s too depressing).

Sheesh, it’s bad enough that we have to spend untold millions to keep the fucking Chinese from taking over our systems with their army of hackers, without so-called allies just handing over the keys to the kingdom for nothing.

Unless, of course, a similar Chinese-sponsored condo in the Maldives is part of May’s retirement plan.  Which would not surprise me either, come to think of it.