Over at The Last Refuge, Sundance makes a few predictions now that the Socialists will be taking over the House:

First, any intellectually honest review must overlay the current political environment. In 2018 the scale of unchecked lawless behavior is a significant influence toward the differences we can expect from the last time Democrat/Marxists held congressional power.  The term “Democrat-socialism”, in essence a Marxist approach, is now the dominant fuel within the professional DNC political operations.
…
Secondly, it cannot be overstated how violent and confrontational the House of Representatives will be as soon as they are sworn in. They will work with an immediate purposeful intention.  All political violence will be approved to attain their objectives.  The recent behavior of Jim Acosta (CNN media), and ANTIFA toward Tucker Carlson, is now, and will be going forward, the new normal.
There will be extreme political violence.
…
In my opinion few reading this have any idea just how bad these next two years are going to be.  It’s not your fault.  We are the normal people who don’t spend every moment of our day scheming, conniving, and developing plans to dismantle the lives of your freedom loving community and rebuild it as a collective society.  For these Marxists who are about to take power that’s all they do.  Every moment of their existence they spend thinking about how to gain power and dominate, 24/7/365 that’s all they do.

For myself, I don’t see much to disagree with here.  What interests me more is how the Executive Branch, the Senate and the Judiciary — and the Republican Party — deal with the situation.

Let’s see how this starts to pan out.  In the meantime, I think you all know what to do. 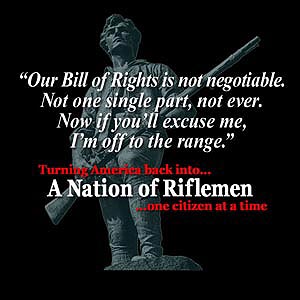