Back when I were a lad in South Africa, there was no TV (it was only “allowed” by the government in 1975).  So I used to listen to LPs.  (Younger Readers can have their grandparents explain this term to them.)

[Walter Raleigh phoning England to let King Bob know what was happening in the Virginia Colony, and listening to the King’s response to the explanation of tobacco]:

“So Walt, what do you do with the dried leaves?  Uh huh… uh huh… you roll them up in paper, and then… you stick it in your mouth?  Of course you do, Walt.  And then what?  No wait, don’t tell me… really?  You set it on fire!  And it makes you cough… of course it does.  Walt, I hate to break it to you, but come the fall here in England, we get quite a few dried leaves ourselves…”  and so on.

So when I emigrated to the U.S. (a.k.a. The Great Wetback Episode of ’86) and discovered The Bob Newhart Show in reruns (on Nickelodeon, I think), bang went that part of my day.

“CBS decided it wanted to concentrate more of the show on my job as a psychologist.  I think one of the reasons for the change is that some CBS officials heard the word “condominium” and thought the show was about sex.”

Only Newhart as “Bob Hartley” could make psychology funny — as opposed to simply pathetic — and often was the time I woke the neighbors with my roars of helpless laughter.  And like so many of the good comedy shows I’ve been talking about, the supporting cast members of Newhart were wonderful, my favorite being long-time patient, the hapless Mr. Carlin.

But nothing repeat nothing compared to Emily.  I’d had a serious boyhood crush on Suzanne Pleshette (OMG that voice), and seeing her as Mrs. Hartley each episode made things a lot worse.  She’s still one of my all-time favorites. 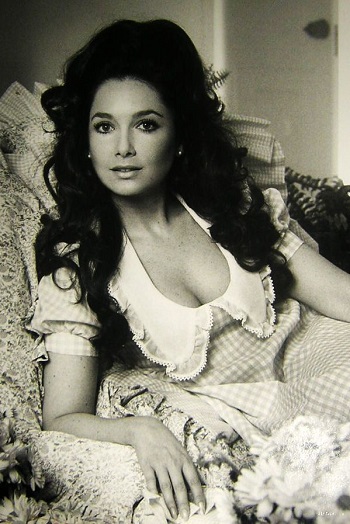 “Well, if you’re a native Chicagoan, you know how dumb he [Dr. Robert Hartley] is. He gets on the Ravenswood El, he goes past his stop on Sheridan Road, he gets off in Evanston, where the El is on the ground, and then he walks back 55 blocks to his apartment. Now, would you want to have that man as a psychologist? A man who misses his stop every day?”

(By the way, an honorable mention goes to the follow-on Newhart series, thanks to the brothers Larry, Darryl and the other brother, Darryl;  as deadpan as Newhart, and absurd withal.  And the final reveal in the last episode of Newhart was one of the greatest ever filmed.)