The Open Championship begins today in Scotland (I previewed it here), and Reader Mike S. chimes in with this anecdote:

My friend was a US Naval Flight Officer. He also loved golf.
His aircraft was down for repairs at a Scottish base so they had some unexpected free time.
A Scottish “friend” asked “Care for a round of golf?”
Rather than ask “Where?” he just said, “Sure.”
Up at dawn, a drive, and then… HELL ON EARTH.
He claims the only reason he reached the 18th green was the survival training the Navy gave him.
It was, of course, Carnoustie.

Now it must be said that it’s been unseasonably hot Over There of late, and only on Friday is there even a chance of seeing people dressed like this: 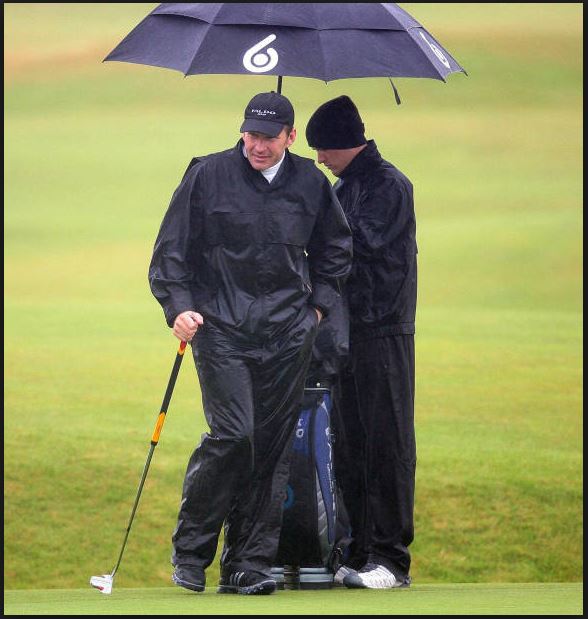 All that said:  if Carnoustie hasn’t had much rain, then the fairways will be hard — really hard.  In fact, one comment was that the fairways will run faster than the greens (which will have been watered).  Now one might think that this helps the golfers;  one would be wrong.  A hard surface is fine — if the surface is flat.  But Carnoustie’s fairways aren’t flat, which means the ball can bounce or run in any direction, e.g. off the fairway completely and into the dense rough or impenetrable gorse.

And so it begins…