Apparently, some courtside models are moaning about wearing skimpy outfits in cold weather. Predictably, the Gummint is right on it:

After complaints that models at the Barcelona Open in April were forced to wear uniforms that were a hazard to their health, multiple fines of more than $38,000 have been handed out by the Catalonia’s regional Work Inspectorate, the Spanish workplace-relations watchdog. Models from the Tote Vignau agency registered an official complaint against the agency and major sponsor Schweppes after they were forced to brave cold temperatures in the skimpy uniforms that did not protect them properly from the elements when the temperatures dropped below 50 degrees.

I don’t want to sound too callous about this, but without the sponsors, the chicas wouldn’t have had this job at all. From my time in the advertising- and promotion business, you do what the sponsor tells you to do, period, end of story.

That said, however, the promotion planners of this event need to get their botties spanked because the nature of planning means that you make contingencies for… oh I don’t know, say, the weather?

Clearly, the tennis promoters need to take a lesson from Formula One and MotoGP, who always make sure their sponsors’ models are dressed appropriately for the weather. And for educational purposes only, allow me to illustrate what I’m talking about: 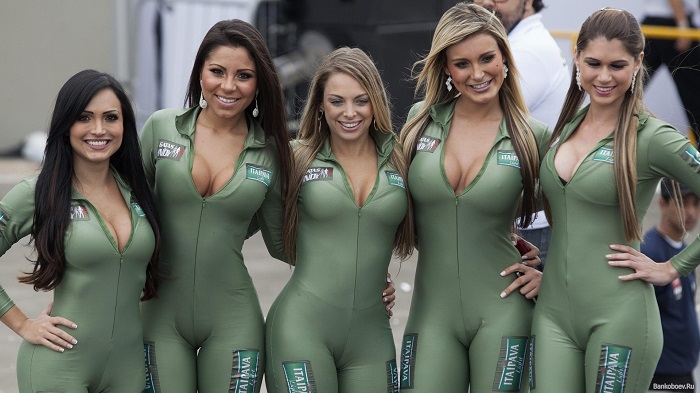 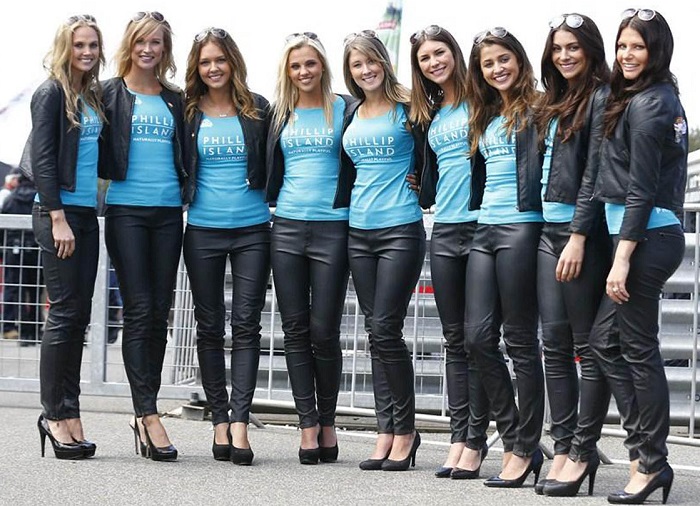 …and note the presence of brollies in the next pic, to protect the young ladies from the rain or harsh sunlight: 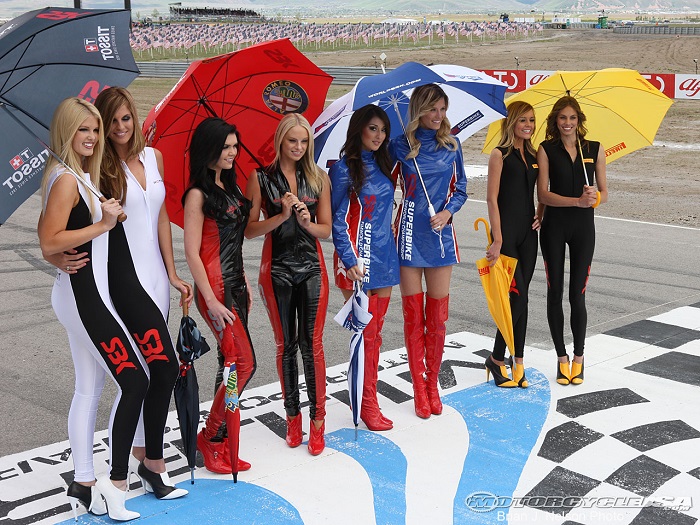 Now that’s what I call considerate. (Incidentally, I want one of those Alfa Romeo brollies really badly.)