Apparently, much of Britishland was smacked by rain storms and snow, with concomitant flooding etc. right before Thanksgiving*: 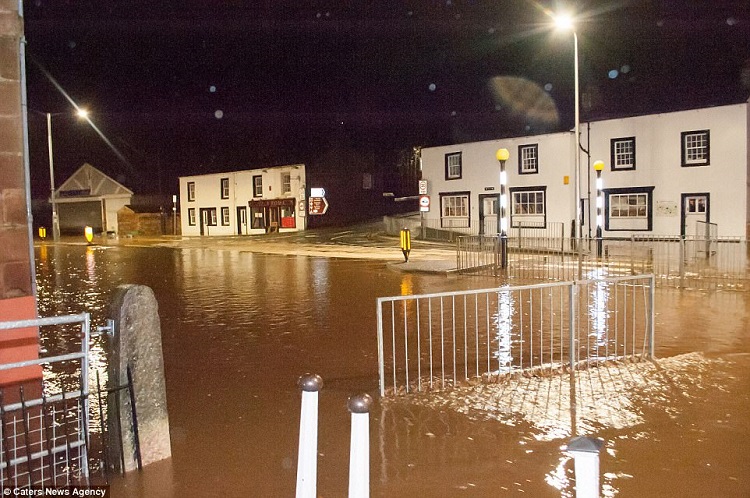 However, lest anyone be afraid that Yer Humble Narrator was thus afflicted, allow me to show the local conditions yesterday: 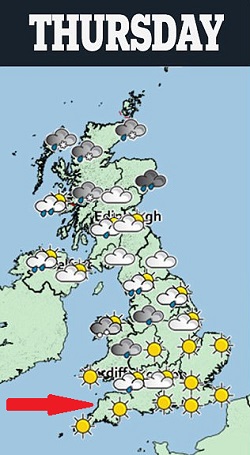 …and the view down my “street” yesterday morning at 8am: 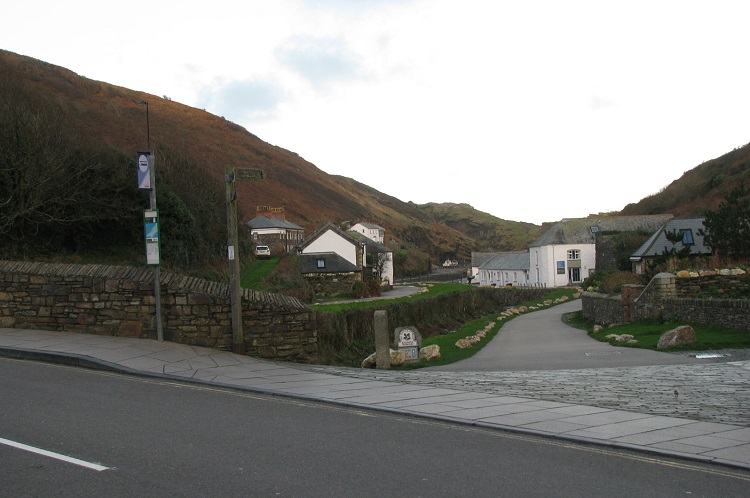 Yes, that is blue sky up above the hill on the left. I had to explain the phenomenon to some of the locals, who’d never seen it before and were frightened.

Lest anyone think that the weather in Brigadoon-On-Sea is lovely, however, I should point out that the wind coming in from the sea was so strong (straight into my face, in this pic), I actually staggered a bit while walking back down to the cottage.

I love it here.

*I know they don’t celebrate Thanksgiving Over Here. I was just putting a date on the thing.