File this under “Stuff you can do in Britishland that you can’t do in Murka”: 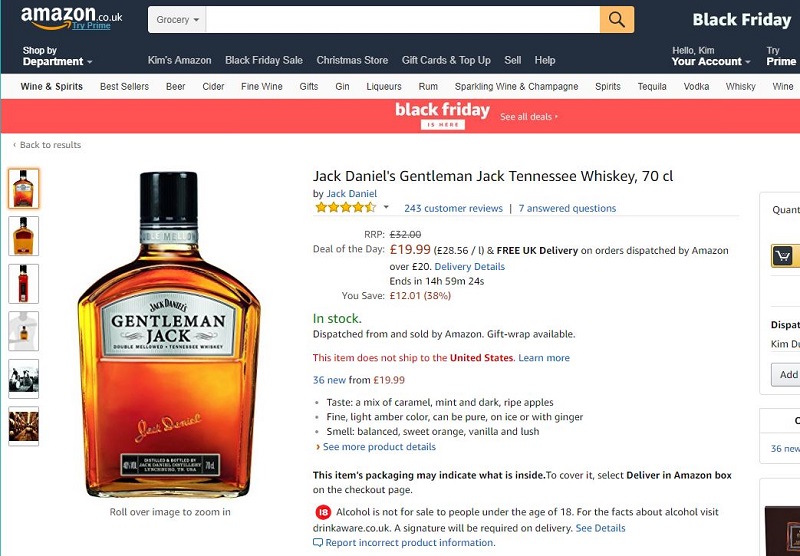 Back when I lived in Chicago, I used to joke that as you traveled south from there, the gun laws became easier and the liquor laws more stupid. (We could buy Scotch at the Treasure Island supermarket 24/7 except for midnight-midday on Sundays. But a gun? Fergeddabahtit. In Texas, you can buy a gun at a gun show without any hassle, but gawd help you if you try to order a whisky in a dry-county restaurant.)

It looks as though the same parallel works in an east-west direction vis-à-vis the UK and the US.

Of course, I think that Amazon Over Here offers liquor over the Internet simply because of the strange and unpredictable hours of business that UK retailers inflict on their customers.