As one who will be flying over The Pond again in precisely four weeks’ time, I read this Drudge-linked article with interest. For those who want to follow the link: yeah, it’s an NBC article and you can ignore the first third of it, which is a classist rant against the fact that wealthy people can cosset themselves against the rigors of modern-day air travel by buying their way into luxury lounges and wider seats, etc. BFD. A sample:

Ordinary passengers, however, shuffle along in line, and then just before they pack into coach, they have to edge through first class — where cocktails, hors d’oeuvres and hot towels might be passed around, even before the cabin door closes. Airlines are increasingly catering to their premium customers with fancier seats and beds, and most passengers never even see the comfortable terminal lounges for first-class seat-holders and very frequent flyers.
At Los Angeles International Airport, the wealthy can pay for an even greater buffer from the great unwashed, courtesy of an exclusive new club, The Private Suite. The service — with a $7,000 initiation fee and $2,700-per-trip price tag — allows travelers to ensconce themselves in a retreat on the south end of an airport that, by consensus, is one of America’s most crowded. Members can dine on caviar, take a shower and get a pedicure while waiting for their planes. The Private Suite has its own TSA agents, far from the exasperation of the long lines. And when it’s time to board, a car whisks Private Suite members across the tarmac, directly to their gates. Gavin de Becker, the entrepreneur who founded the Private Suite, hopes to expand to other airports.
Stressed and financially strapped, Americans are sensitive to any additional signs that they are falling behind, said Sara Nelson, international president of the Association of Flight Attendants-CWA. “People are working two and three jobs to get by, and the disparity of wealth is growing,” Nelson said. “People are upset.”

Oh, mercy me: rich people have it better than the peasants. The iniquity! (In other breaking news, water is wet, and General Custer’s having a little trouble with the Sioux.)

The rest of the piece is far more interesting, especially this:

Though the airline industry was deregulated by President Jimmy Carter in 1978, it would take several other systemic jolts — notably the terrorist attacks of 2001 and the Great Recession, with its sharp reductions in discretionary travel — to get the airlines to trim money-losing routes. The downturn also triggered a series of bankruptcies, followed by consolidations. Delta Airlines consumed Northwest, United gobbled up Continental, Southwest took over AirTran, and American Airlines swallowed U.S. Airways.
Those four giant carriers finally had the reduced competition — combined with newfound discipline over the number of routes offered and the size of air fleets — to forge consistent profits.
One result: The number of flights offered annually declined by nearly 1.5 million over the last decade. Less service and fewer partially filled planes, combined with sharp cost-cutting, drove revenue to new highs.

Yeah, the airlines are making a profit again, after years of massive losses caused mostly by high fuel prices. I don’t have a problem with that. What I do have a problem with is the fact that airlines can get away with treating us like shit, generally under the guise of “security”, which is all the excuse the little gauleiters need to mess us around.

The plain fact is that air travel is no longer “fun”, as the article puts it. Those days of glamorous passengers and gorgeous, svelte young stewardesses have given way to the International Backpack & Sandals Set and grim-looking middle-aged “flight attendants” who bitch and moan about passengers — with, it should be said, quite a lot of justification — but which is all to be expected when you make an activity available to the masses by making it cheaper.

That said, there’s no excuse for the airlines treat We The Farepayers like self-loading cargo (which to be honest is what we are, really), but then get surprised when we get pissed off when we’re over-charged for crappy meals, a suitcase that’s a half-pound overweight, cramped seats and [2,000 other complaints deleted because duh]. and don’t even get me started about “involuntary ejection” or whatever cute little euphemism they employ when they toss a fare-paying customer off a flight for whatever reason they want to.

So it’s small wonder we try to game the system wherever possible.

Fact is, there is no more romance involved with flying; it’s just like being stuck in rush-hour traffic on the interstate, only more restrictive. And for me personally, all this just reinforces my conviction never to fly domestically — i.e. never fly anywhere I can drive — so the airlines can just fuck right off. They’ve got me on the international flights, and they’ll just have to be content with that — just as I’ve resigned myself to being forever subject to “random” searches and closer scrutiny in their fucking domains.

As with so many things, I just long for things to go back to being more civilized: 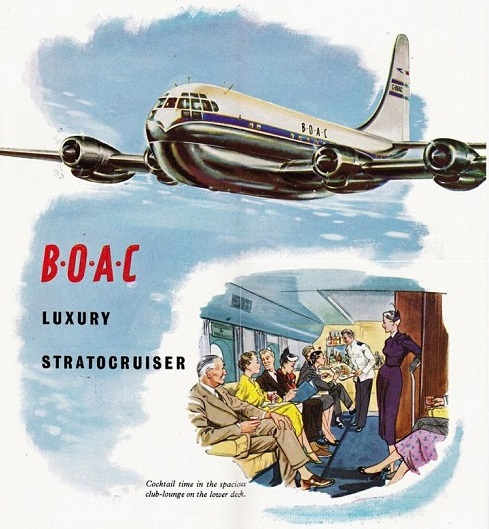 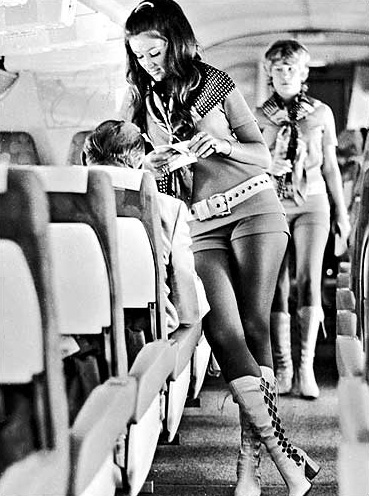 …but it doesn’t look like this airline travel ordeal is going to get better anytime soon, more’s the pity.