When I first came over to the U.S., I went to the Chicago Auto Show and just for the hell of it, sat in a Jeep Wagoneer (not the Grand Wagoneer, the smaller one).  It looked exactly like this one: 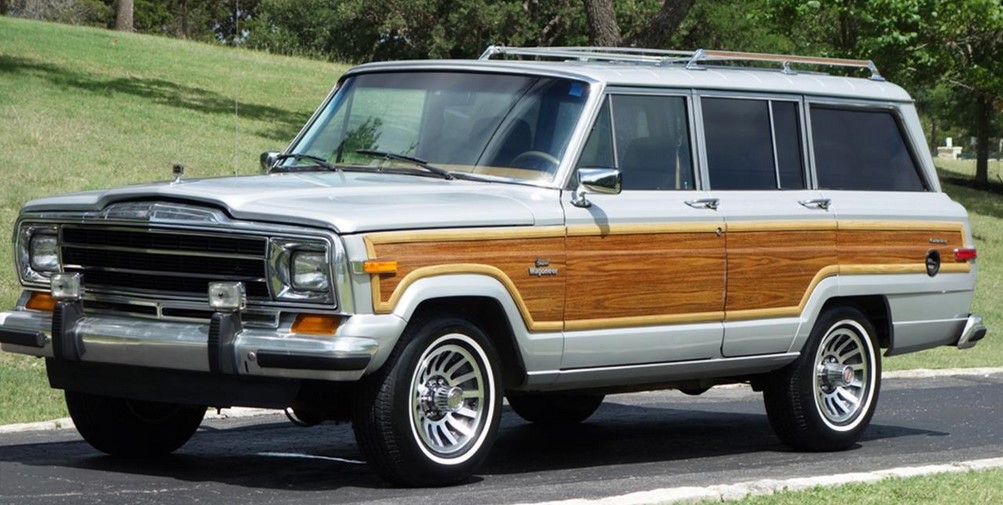 Immediately I sat in it, I thought, “This is a nice, comfortable car, and I wouldn’t mind owning one.”  For the record, it is one of the few cars I’ve ever felt that strongly about at first seating, so to speak.

I couldn’t afford it new, of course, because I was just starting to rebuild my career pretty much from scratch and hadn’t the funds even for a down payment.

A year later, however, I did have the opportunity to buy one.  One of the execs at the Great Big Research Company was being moved to France permanently, and he needed to sell his Wagoneer.  He was the original owner, and the thing only had about 4,000 miles on it.  Even better was that he didn’t want a lot for it — and I’d scrimped and saved enough for a deposit, and built my credit score up enough for the bank to okay a loan for the balance.

So like a good husband I went home and bounced the idea off the (then-) Mrs., and was shot down in flames because “that tank gets crap gas mileage.”  (I should point out that I lived three miles from the office, and my longest drive would be to the airport.)

Anyway, I never did get the Wagoneer, and I’ve always regretted it.  Jeep stopped making it a year or two later, leaving only the over-large Grand Wagoneer in the showrooms.

Now for the RFI about that Wagoneer:  huge miss, or lucky escape?