It’s not a baseball question.  It’s an argument in favor of it as criminal incarceration.  Tale this little litany of offenses committed by one Donald Robertson over in Britishland: 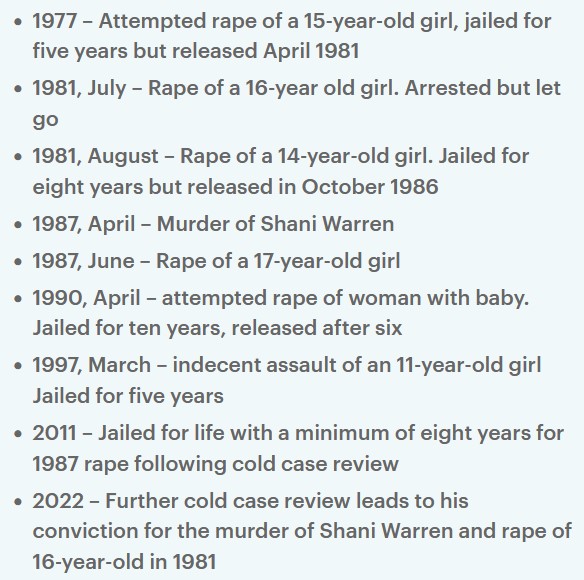 Also:  “jailed for life with a minimum of eight years” does not compute — “life imprisonment” does not in any way have any relation to “eight years”.  Life is more on the lines of twenty years (at minimum), with no bail possible.

So why am I rabbiting on about British laws and the inanity thereof?

Because this is precisely what the “Soros prosecutors” have in mind for our own legal system.