Your great-uncle Jimmy was a lifelong lover of Smith & Wesson revolvers, but when he passed away, he left his entire collection to his sons.  However, in order to spread the goodness, he sent Collector’s Firearms a gift card in the amount of $2,000 in your name,  with the proviso that it could only be spent on a S&W revolver.

So feel free to peruse the lists  (old and modern) thereof, and tell me in Comments which one (or ones) you’d buy, and why. 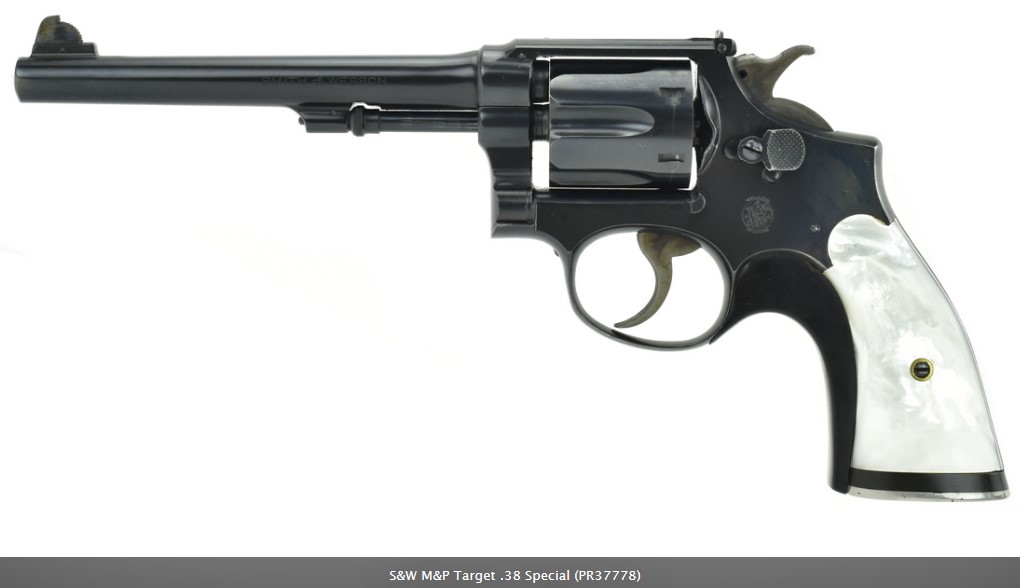 The pre-war Target Models are wonderfully accurate, and while I’m not especially partial to the pearl grips, it would make a fine Governor’s BBQ gun. 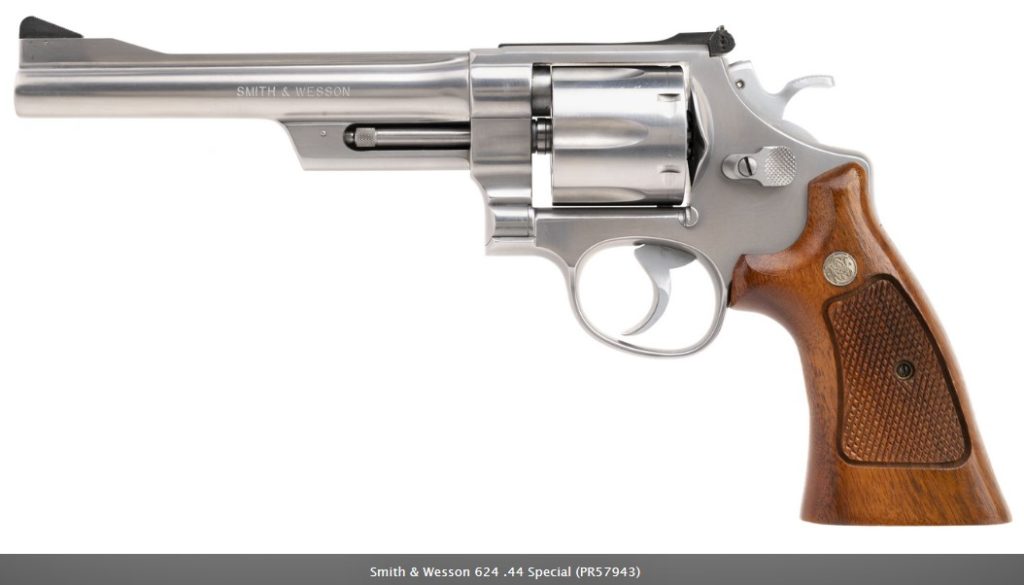 Not quite beautiful enough to be a BBQ gun, but damn close.  (And amazingly, .44 Special ammo is not as expensive as it used to be — or maybe it’s just that the other calibers have caught up with it.)