Here’s one that should make you cringe:

Anderson Cooper on Thursday revealed he has welcomed a second son named Sebastian Luke Maisani-Cooper. The CNN personality, 54, announced the big news on his show on Thursday evening.
…
Cooper said that his ‘best friend and former partner’ Benjamin Maisani is ‘in the process of adopting Wyatt, whose last name will be changed to Maisani-Cooper as well.’ He added, ‘Wyatt calls me “daddy” and Benjamin “papa.” We’re a family.’

The newborn had this to say: 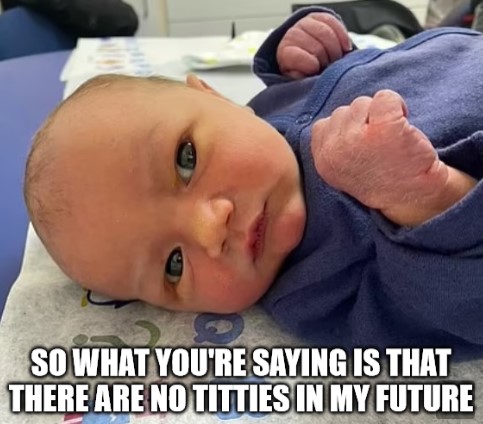 In so many ways.