As a retiree, I don’t have a dog in this fight anymore, but back in the day I might have, and my kids certainly do.

Around the world, millions of people are rethinking how they work and live—and how to better balance the two.
The Great Resignation has U.S. workers quitting their jobs in record numbers—more than 24 million did so from April to September this year—and many are staying out of the labor force. Germany, Japan, and other wealthy nations are seeing shades of the same trend.
The pandemic has taken a toll, with surveys showing an increase in feelings of burnout and a deterioration in mental health in many nations.
But the pressure has been building in developed countries for decades. Incomes have stagnated, job security has become precarious, and the costs of housing and education have soared, leaving fewer young people able to build a financially stable life.
Although the Great Resignation is a phenomenon among those who are younger than 40, it’s also reverberating across the economy and forcing a broader conversation about work. Millennials (born between 1980 and the late 1990s) and Generation Z (the demographic cohort after them) tend to marry, buy houses, and have children later than their forebears—if at all.

Let me tell you a story about my Son&Heir.  For the past dozen years he’s been working in the restaurant business, first as a waiter, then as assistant manager, and finally as the Kitchen, Food & Beverage Director at their busiest restaurant.

He was also getting burned out.  One time I met him for lunch, and I was appalled at what I saw:  the normal laid-back, witty kid I once knew was now a nervous wreck:  pale, skinny, with shaking hands and a thousand-yard stare.

I told him to quit and find another job, and he said that he couldn’t:  the company was too dependent on him and his coworkers to keep the place afloat — no bonuses for doing so, of course.  When I told him how bad he looked, and how worried I was about him, he simply said:

“I know.  I’m tempted to quit and go and work as a bartender for a year or so, just to catch my breath and regain a little sanity.”

I nearly fell over.  But as he put it, bartending would mean less money, but shorter hours and no stress.

I didn’t want him to do that, but considering that the Son&Heir looked like he was doing speed (don’t worry, he wasn’t), I agreed, but told him to wait until after Christmas.

I needn’t have worried.  Unbeknown to me, he’d already put out feelers — he just didn’t want to tell anyone until he’d actually got a new job to avoid the stress involved in that — and as it turned out, he ended up getting a really good job with a Great Big Financial Institution thanks to someone who used to shoot with him on the US Olympic development team.

Now he’s a different guy.  The old Son&Heir is back:  relaxed, charming and witty, the excellent company he always was.  Thanksgiving Dinner was great fun, and a solo dinner with just him equally so.  He works regular hours during the week, and never over weekends.  For more money.  And he doesn’t know what to do with all his spare time.  He’s also had to slow down his hell-for-leather approach to work and adjust it to corporate time.

But that’s not my point to the story, good news though it is.

What’s important is that like the people mentioned in the article. he would have been just fine with a lesser-paying job — and if that’s true of the S&H, one of the most dedicated workers a boss could wish to have, then companies are going to have to get their shit together or face serious staff shortages, permanently.

And I don’t care.  Back in the day, a company could work you really hard for decent-but-not-great pay, because the trade-off was job security.  The minute the accountants got involved, and company loyalty became worthless (because long-term employees cost more in benefits to keep, you see), there was no way that companies could keep on overworking staff without it ending in this Great Resignation.  The game, as the saying goes, was no longer worth the candle, especially as the companies were making record profits and the bosses thereof a lot more money than in the past..

Here’s an example of what I’m talking about: 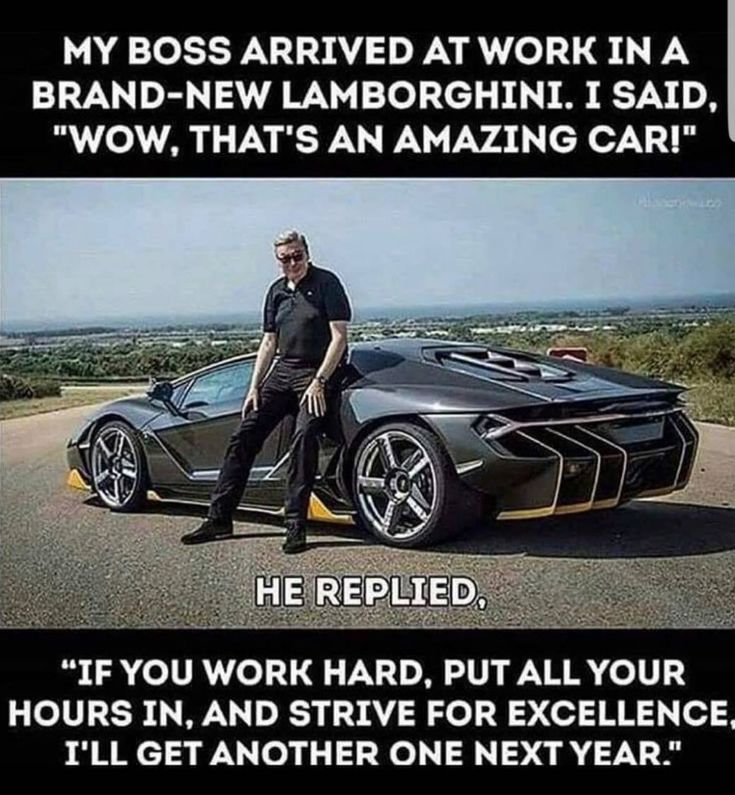 Guess what, Boss?  Those days might be coming to an end soon.