From an earlier post:  “And in other news:  normal blogging service should resume tomorrow with the usual mixture of guns,  rants, booze, invective and boobs.”

This one appeared at C.W.’s place, and for its full story follow the link. 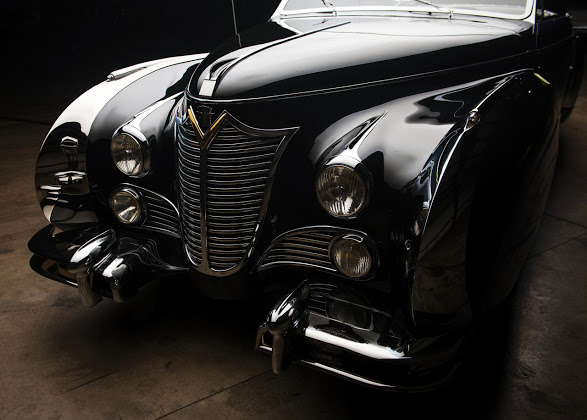 As Longtime Readers know, I am generally leery of American automotive styling, especially during the decades following WWII.  This Caddy, however, looks absolutely spectacular, in that “American Excess” fashion.  The purple slash on the sides is the only thing which makes me a tad nauseated — white would have been better, to give that “tuxedo” look — but the overall shape of the car is quite lovely.

Even New Wife, who is still more conservative than I in these matters, nodded with approval.