Looks like New Wife just snuck in under the wire:

President Joe Biden has issued a travel ban on South Africa, stopping most immigration to the United States from the country, and reinstated bans on Europe and Brazil to slow the spread of the Chinese coronavirus.

My only question is:  why stop at South Africa?  When it comes to strange and wonderful diseases that can kill you faster than sharing a needle with Pete Buttigieg in a Turkish bath, the whole continent of Africa (along with China) is pretty much the world’s Petrie Dish Of Pox:  West Nile virus, Wuhan virus, SARS and, speaking of Mayor Buttplug, AIDS — to name just a few off the top of my head.

Anyway, New Wife has her green card, but that hasn’t really made her feel much better.  She has two grandchildren in Oz and soon, another one appearing in Seffrica — none of whom she’s had a chance to see other than through Zoom and suchlike.  So she’s suffering from a severe case of Grandma Cuddle Deprivation (GCD), and all these travel bans and such are not doing her temper any favors.

Even worse, she barely drinks any booze so I can’t distract her with pints of champagne or Pimm’s No.1 (her favorite tipples on birthdays, anniversaries and high holy days only).

Frankly, unless all this Chinkvirus shit gets sorted in the near future… well, she doesn’t know how to use a gun (shuddup) and in any event, she’s one of the gentlest people in the entire world, so there’s unlikely to be any rough stuff as her GCD worsens. 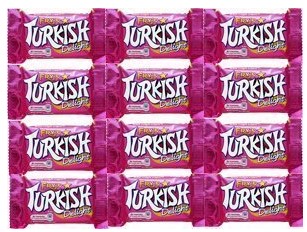