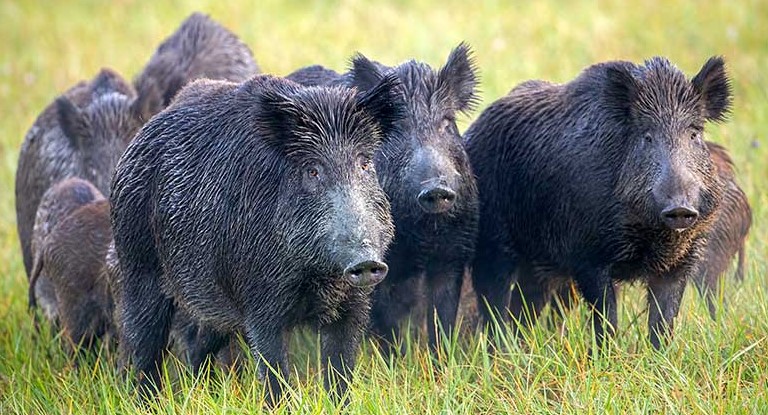 Yeah, they’re a pestilence too:

It’s open season year-round on feral pigs, whose population in Texas has grown to nearly 3 million. Hunters are not required to retrieve carcasses, although there’s an incentive to do so: “wild boar” sells for up to 60 cents a pound.

If anyone’s organizing one of these hunts in the near future, let me know.  I have a new rifle that needs blooding.