Kim,
With much respect… DAMN YOU AND ALL SEFFRICANS for biltong. This stuff is just too tasty and easy to make.
I half-assed a batch (slice roasts into 1 inch-ish strips, soak in cider vinegar for a few hours, dredge in salt/pepper/coriander, then hang for a few days with an old computer fan running to circulate the air) and it’s fecking delicious. I’m gaining weight on what is supposedly a “survival food”.
Damn you.
Please, share with us your recipes for this (and your preferences for it… I seem to like my biltong a touch “wet”).

Actually, Lowkey’s “half-assed” approach isn’t at all bad.  Biltong bought online or at specialist food shops can cost up to $20/lb, or even more.

Make it yourself and it’s the per-pound cost of the meat from the supermarket (usually around $5 to $7).  It’s the gastronomic equivalent of handloaded vs. commercial ammo.

It’s been a while (years, actually) since I made biltong, but here’s the scoop on its preparation.

Some people suggest adding brown sugar to the spice mix:  these are Satan’s minions, and should be roundly shunned if not actually flogged for their heresy.  Jerky  is a sweet meat snack for children, and we shall speak no further of it;  biltong  is a savory snack, and the food of the gods.

Some people like their biltong to have the consistency of driftwood — I happen to prefer ostrich or game biltong that way — but the ideal beef biltong should be to have a firm outer crust, with softer meat in the center.  The longer you leave it hanging, the harder it will get.  Four days is about the maximum for “standard” biltong.  The dried strips should look something like this:

New Wife and I prefer our biltong “wet” (moist and fatty): 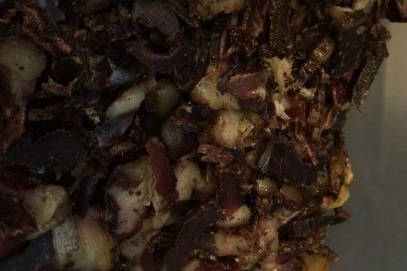 …while others may prefer it a little more dry: 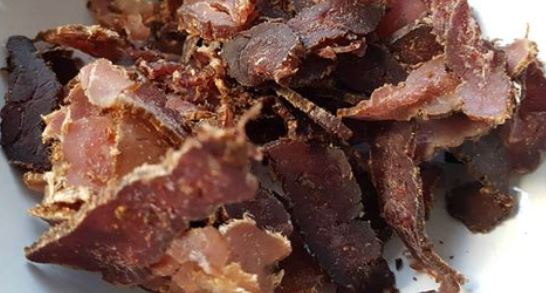 My suggestion is to cut all the strips into pieces, then store in a greased paper (not plastic) bag in the fridge.  It should keep about two to three weeks without any mold growing on it (not that it matters, because I guarantee you’ll eat it all inside a week anyway).  When New Wife brought a few pounds of it Over Here for her final Atlantic crossing, we made it last a full month (exercising massive  self-control), and the last mouthful was as delicious as the first.

As a survival food, it’s difficult to beat biltong.  Three or four small pieces constitute all your protein needs for a day.  When I was in the army, I used to buy a single stick of (very hard) game biltong from the commissary just before going off-base (so to speak), and I would consume it over a week.  I never went hungry, as long as I had a couple mouthfuls of biltong and a “dog biscuit” (hardtack) each day.

As snack food?  Oy.  I would remind everyone of Reader Lowkey’s complaint above.

*By “box cutter”, of course, I mean the old-fashioned and robust replaceable-blade kind: 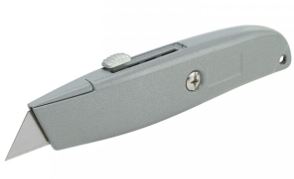 …and not the “snap-off blade” type, use of which will just lead to frustration: 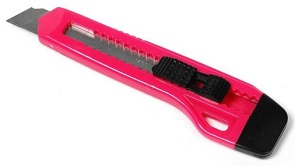 Legal notice:  I accept absolutely no responsibility for any ensuing addictions.