I see that the strike at GM has ended:

Negotiations between General Motors and the United Auto Workers reached a tentative contract deal on Wednesday that could end a month-long strike that brought the company’s US factories to a standstill.

Good.  Now they can go back to making mostly crappy cars* that few people want to buy.

Driven up by the longest economic expansion in American history, auto sales appear to have peaked and are now heading in the other direction.

I would be curious to see how the auto sales numbers break down between new and used cars.  Also, between cars and trucks/SUVs.  Anyone have any ideas or info on this?

But here’s an interesting statement as to perhaps a good reason why GM is tanking:

GM and other car makers are also struggling to make the transition to electric and autonomous vehicles.

…which very few people want to buy.  Nothing like a sinking company investing in products that people either don’t want, don’t need or hate the thought of.

Maybe they should trash all their current car designs and go into the retro/mod business: 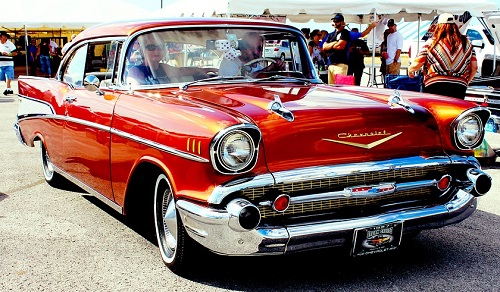 Hell, they probably would;  except that, knowing GM, they’d make them electric-only and ergo  doomed.

*  Except for maybe some Cadillac models and the Corvette.  Note that I’m specifically excluding GM trucks, which are generally quite good, from the above comments.