We’re all familiar with the assholes who work behind the counter at gun shops — you know the ones I mean, those who want to show off how much more they know about guns and shooting than the Idiot Customer who simply wants to know whether a revolver or pistol would best suit his purpose, and who gets for an answer a supercilious blizzard of inside jokes and buzzwords which makes him or her feel like, well, an idiot.

As Longtime Readers know, I stand firmly opposed to the use of jargon and acronyms (although there are times when I fall into the trap myself).  In the past, I’ve written about Mystics at length so I’m not going to expound on it further, but I did notice its manifestation in an article on self-defense drills linked by Insty.

As a rule, I enjoy Ed Head’s articles, but this one falls into Trap #1:  obscure, unexplained terms and descriptions, and it falls during the very first paragraph of instruction, to whit:

The El Pres[idente] has become a competitive shooting standard, a drill practiced incessantly by top competitors. From the standpoint of an armed citizen, its best used sparingly as a test of your skill level, carry pistol and gear. To set it up, you’ll need three Option targets set 1 yard apart.

And for those people who don’t spend hours at the range, or weekends at competitions, “Option targets” are…?  these things: 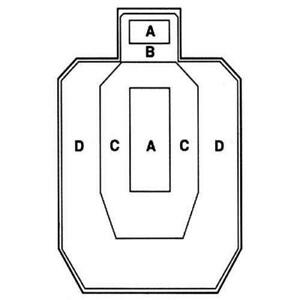 One picture, and it all becomes crystal clear to someone unfamiliar with the arcana of shooting geekery.  Then Head spends a couple dozen words trying to describe the El Presidente drill, when all he needed was one of these: 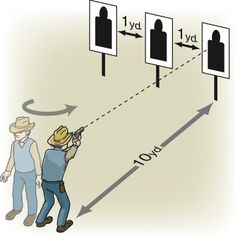 And again, this time with explaining “Dot Torture*”:

Requiring 50 rounds and fired at a seemingly easy 3 yards with no time limit, Dot Torture requires total concentration, perfect sight alignment and a perfect trigger press for every one of the 50 shots. The targets are printed on a single 8.5×11-inch piece of paper and consist of circles measuring a little less than 2 inches.

And all becomes clear with:

(Actually, I prefer this one, but nemmind…) 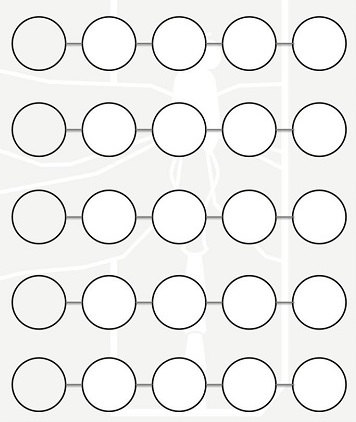 Back to the main topic:  instruction should always — always — be delivered in a manner designed to impart the content with a maximum degree of clarity and a minimum amount of explanation.  (By “minimum”, I mean not wordy or obscure.  If a picture imparts the knowledge better than fifty words, and more quickly withal, use a damn picture.)

Shooting Times (or rather, their editors) should know better.  Ed is a very knowledgeable shooter and I agree with just about everything he says about shooting.  But he’s not well served by sloppy editing.  As this pic shows: 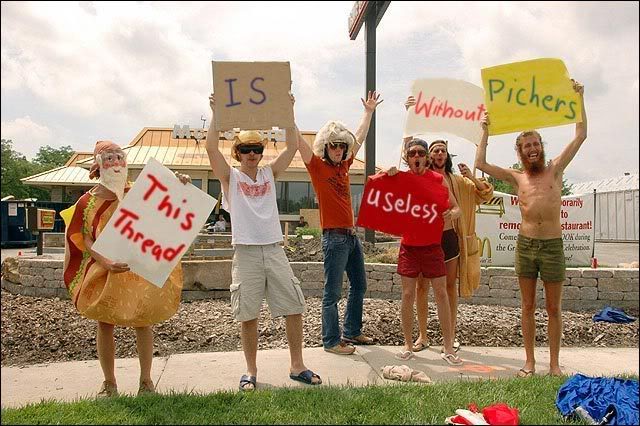 *As an aside, I absolutely love the dot torture drill, but I usually save it for .22 practice, whether with a handgun at 25 feet, a non-scoped rifle at 50 feet, and a scoped rifle at 75 feet.  And always, regardless of type of gun, a maximum of two seconds per shot allowed.  In a future post, I’ll show a modified version from my last trip to the range.