A whole bunch of people have been getting worried about this development:

Liberals are notoriously loath to take their own side in a fight. But their reticence may well be changing in an age of vigilante, white nationalist terror—openly condoned and supported by an incumbent president who has suggested that his armed devotees won’t stand for his removal from office. Increasingly, the antifa left is arguing—and training—in response. They are worried not only about an armed reckoning following a contested election, but also about rising violence from the paramilitaries loyal to President Donald Trump.
…
Such paranoid fantasies may be familiar to heavy consumers of YouTube and Reddit, but watching them transposed on to the structures of governance is a novelty. As a result, many leftists and even some liberals are beginning to reconsider their feelings about firearms, joining a loose amalgamation of gun groups, from John Brown Gun Clubs (which take their name from the abolitionist) to the Pink Pistols (an LGBTQ group), Liberal Gun Club, and Socialist Rifle Association. Some of these organizations are moderate and traditionalist, others radical and revolutionary. But all share one implicit goal: to normalize firearms ownership and training among liberals. Some of their members hope such efforts will at least make Republicans think twice before attempting a massacre.

LOL.  They must be thinking about Spanish  Republicans circa 1937 (who, by the way were Communists) and not our flabby Murkin Republicans, who couldn’t massacre the syrup at a pancake breakfast.

Seriously:  do these tools honestly think that conservatives are going to launch a massacre of Lefties in this country?  Given the de-platforming of conservative voices, attacks on people simply for wearing MAGA hats and throwing Republican civil servants out of restaurants — not to mention the Pantifa attacks on peaceful protest marches in Portland and D.C. — I would suggest that it’s the Left  who are far more likely to trigger civil violence.

Then we have this kind of picture, which some find alarming: 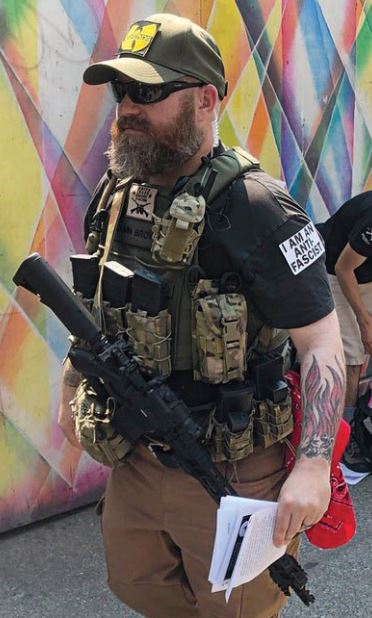 To my mind, though, this doesn’t make for nervousness — it makes the whole thing interesting.

Go on, Pantifa Boys:  show us what you’ve got. Let’s see how it works out for you. 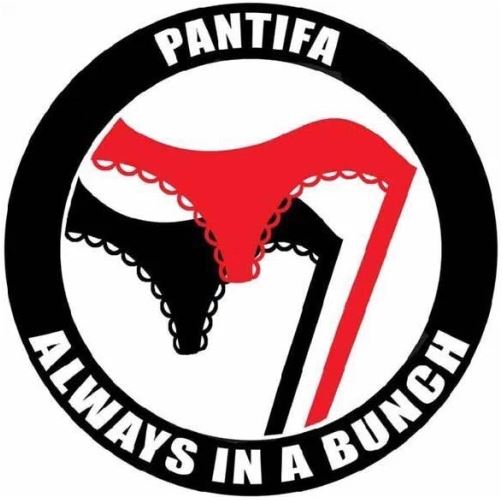 Oh, and one last thought:  if all this “preparation” by the Left means they’re waiting for conservatives / Trump supporters to begin the shooting, they’re going to end up being a lot older than the graybeard in the pic above before they get to put all that training into play.  In the meatime, we have crap like this:

The climate of vigilante violence on the right has elevated racist attacks, hate crimes, and terrorism in our political culture.

What “vigilante violence”?  Fucking shitbrains are starting to believe their own lies.