Longtime Readers will know of my loathing for modernist architecture — the squared-off, ugly and unfriendly style which resembles nothing as much as large cubes of concrete stacked on top of each other.  Specifically, my ire has been directed towards the brutalist works of Swiss designer Le Corbusier who, if there is any justice in the world, is spending eternity revolving slowly on a spit in a room where the temperature has been set to “Broil”.

But lest anyone think I’m just being petulant about this asshole, allow me to point you to an older article by Theodore Dalrymple, who lays out Le Corbusier’s works and his philosophy about society.  Here’s an excerpt:

I spoke of the horrors of Le Corbusier’s favorite material, reinforced concrete, which does not age gracefully but instead crumbles, stains, and decays. A single one of his buildings, or one inspired by him, could ruin the harmony of an entire townscape, I insisted. A Corbusian building is incompatible with anything except itself.

Le Corbusier wanted architecture to be the same the world over because he believed that there was a “correct” way to build and that only he knew what it was.
…
A terminal inhumanity—what one might almost call “ahumanity”—characterizes Le Corbusier’s thought and writing, notwithstanding his declarations of fraternity with mankind. This manifests itself in several ways, including in his thousands of architectural photos and drawings, in which it is rare indeed that a human figure ever appears, and then always as a kind of distant ant, unfortunately spoiling an otherwise immaculate, Platonic townscape. Thanks to his high-rise buildings, Le Corbusier says, 95 percent of the city surface shall become parkland—and he then shows a picture of a wooded park without a single human figure present. Presumably, the humans will be where they should be, out of sight and out of mind (the architect’s mind, anyway), in their machines for living in (as he so charmingly termed houses), sitting on machines for sitting on (as he defined chairs).
This ahumanity explains Le Corbusier’s often-expressed hatred of streets and love of roads. Roads were impressive thoroughfares for rushing along at the highest possible speed (he had an obsession with fast cars and airplanes), which therefore had a defined purpose and gave rise to no disorderly human interactions. The street, by contrast, was unpredictable, incalculable, and deeply social. Le Corbusier wanted to be to the city what pasteurization is to cheese.

The only possible reaction to this monstrous philosophy should be horror.  That is hasn’t been, and instead has fostered a long line of copycat architects and town planners, is the reason Le Corbusier should be roasting.

Earlier on, Dalrymple compares Le Corbusier to Lenin in his malevolence towards humanity in general;  I would say that while Lenin killed more actual people, Le Corbusier has  destroyed the souls of more cities and the spirits of the people who live and work in them.

It says much about UNESCO that seventeen of his buildings have been designated World Heritage Sites by that foul organization.  Here’s one, by way of illustration: 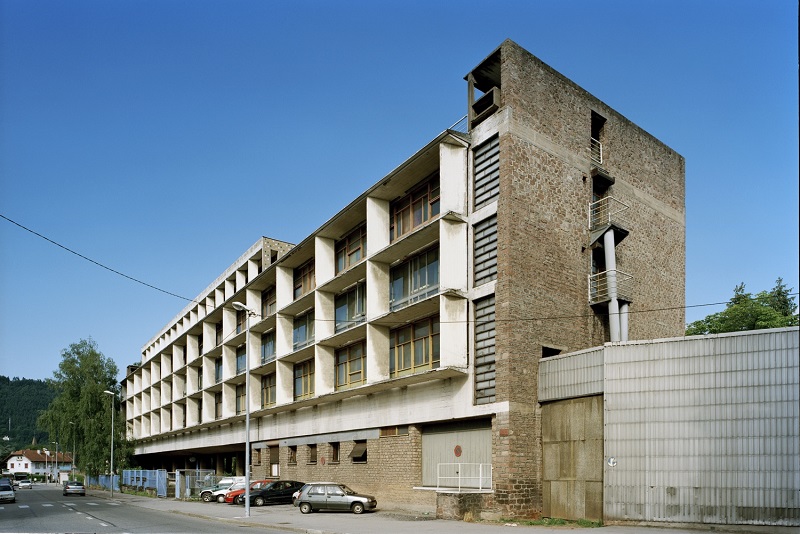 Pass me the dynamite, Sheldon.

And speaking of dynamite, I should save a little for the Huffington Post  if for no other reason than because of their breathless lionization of this monster.  Not that anyone should ever read anything in HuffPo, but should you want to see more architectural monstrosities, said article contains lots of examples of his work, all of which should make you recoil in horror.  I couldn’t bear to publish more than one;  they’re not so discriminating, the poxy little Marxists.  Huffpo marvels at Le Corbusier’s influence on the modern world;  so do I, but I regard it more in the same perspective as that of the Black Plague on the medieval period.